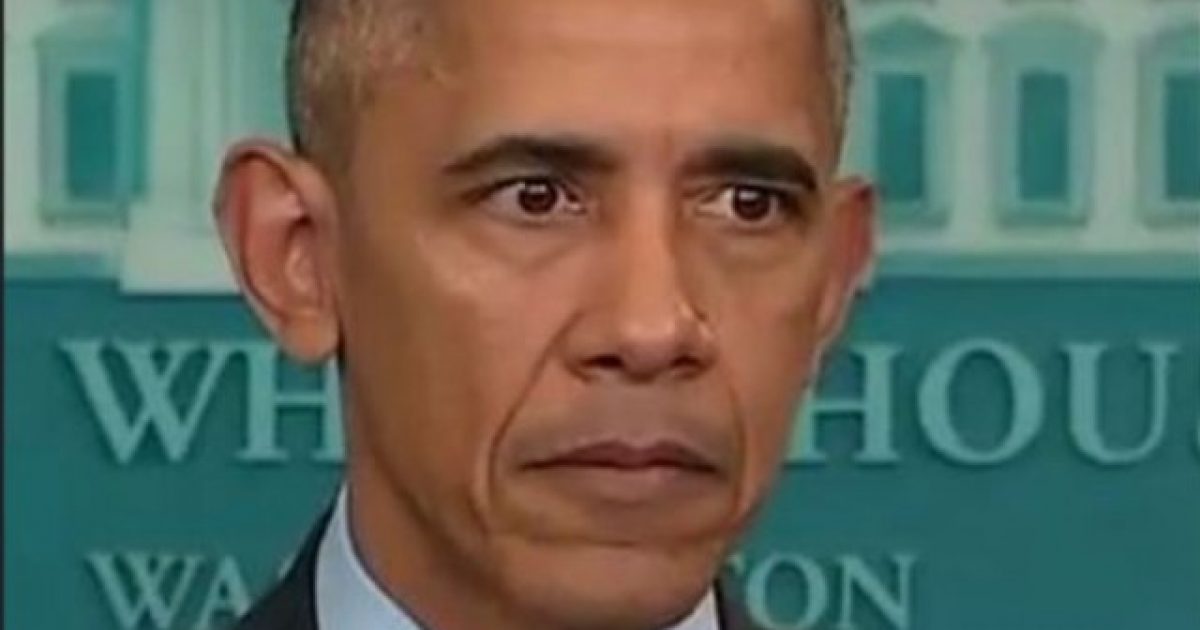 I’m finding it hard to recall a more newsworthy three minutes than we were treated to with this interview: (Solomon joins Hannity at the 3:00 mark.)

Solomon reports that his sources have told him President Trump is preparing to declassify a number of documents that have been hidden from the public to protect our former Manchurian president, Barack Hussein Obama.

To accomplish that, President Trump will have to essentially tear down the wall of protection that currently makes it impossible to obtain any evidence of wrongdoing by any government agency under the guise that the release of that information would threaten national security.

To that end, the president it putting the finishing touches on what would essentially be an “Office of Transparency,” that may be announced as soon as this week.

Solomon: “This gives the president the opportunity to no longer rely on the bureaucracy of DOJ, or ODNI, or all of the other alphabet soup agencies that haven’t given us transparency.

“He’ll have the ability through this office to release documents.”

As critical as transparency is to returning control of the weaponized Deep State to the citizens, it’s what Solomon said after that that will rock American politics to its core.

Solomon: “My sources tell me there are three explosive documents from the Obama era that could be at the top of the list on the declassification process that can give us an entirely new story about what went on under President Obama and Secretary of State Hillary Clinton.

“One of those are some letters between the Iranian leaders and the president, President Obama, in which Obama promised the Iranians that they could keep their ability to enrich Uranium.

“That’s a little bit different than the story we’ve been hearing for the last few years.”

“The second, is a series of intelligence reports that were given to the committee that approved the Uranium one purchase. Remember the Obama administration telling us that there were no red flags.

“My sources tell me that there were red flags raised”

“Third is this annex that Inspector General Michael Horowitz prepared that showed what the FBI wanted to look at at the end of the Hillary Clinton investigation. Highly classified, sensitive evidence that agents were not allowed to look at.”

Let’s take them one at a time.

It was widely reported in intelligence circles that candidate Obama had opened a back-channel to Iran during the 2008 presidential campaign.

In 2014, Michael Ledeen, a former consultant to the National Security Council and U.S. Defense Department, wrote that Obama’s strategy towards Iran was clear, it was detente first, and then a full alliance with Iran throughout the Middle East and North Africa.

Yeah, let’s give the Iranians $150 billion and a path to nuclear weapons. What could possibly go wrong?

Where the eff was the mainstream Marxist media? We reported this story before the 2016 election and were censured on social media for peddling fake news.

In April of 2015. The New York Times reported that Hillary Clinton’s Foundation was receiving massive donations from Russian sources (as much as $145 million according to some sources). What was most curious was the timing, it was shortly after approving the sale of Uranium One to Russia. Then crickets.

A few Saudis stay in a hotel owned by the Trump Organization and all hell breaks loose in the media –“TRUMP IS RECEIVING EMOLUMENTS.” Hillary profits from yuugely from the sale of critical national security assets and the media yawns.

Where the eff was the mainstream Marxist media? We reported this story before the 2016 election and were censured on social media for peddling fake news.

As for the Clinton email travesty, the details were unavoidable, but somehow the media convinced Americans that it was a matter not worthy of any accountability. “LETS HELP ELECT HER PRESIDENT, INSTEAD.”

Where the eff was the mainstream Marxist media? We reported this story when it broke but our site was deplatformed. Patriot Crier picked up later reporting that we wrote before the 2016 election and was again censured for peddling fake news.

It’s long past time for an Office of Transparency if we are to have any hope of reining in the out-of-control leviathan that our government has become.

Editor’s Note: To be clear, Solomon only reported on the what he is being told is in the declass docs. It is the author’s opinion that if the material Solomon claims is revealed, does in fact become public, that Obama will be facing criminal charges and possible prison time.

I know what you are thinking “how many times am I going to hear this same BS and see nothing happen?” I feel your pain and am skeptical too, however, these things take time and if you are going about exposing, essentially, treason of your predecessor you best make sure to cross all your ‘t’s and dot all your ‘i”s, nevermind how long it would take to find men and women with the guts to help you in that suicide mission …. fingers crossed.