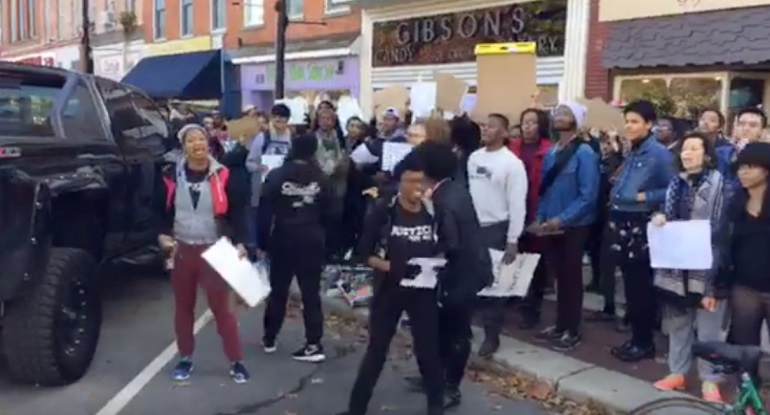 Oberlin College has finally agreed to pay out over $36 million in damages to Gibson’s Bakery for defaming the small family business as racist because they dared to stop an underage black student from stealing bottles of wine.

Oberlin administrators suggested the student, Jonathan Elijah Aladin, was an innocent victim who was racially profiled and accused of stealing just because he was black.

In fact, Aladin not only tried to steal two bottles of wine but also assaulted the storeowner’s son after he and his two other accomplices got caught.

All three were convicted at trial but got off easy thanks to their privileged status. From The New York Times, “After a Legal Fight, Oberlin Says It Will Pay $36.59 Million to a Local Bakery”:

Oberlin College, known as a bastion of progressive politics, said on Thursday that it would pay $36.59 million to a local bakery that said it had been defamed and falsely accused of racism after a worker caught a Black student shoplifting.

That 2016 dispute with Gibson’s Bakery resulted in a yearslong legal fight and resonated beyond the small college town in Ohio, turning into a bitter national debate over criminal justice, race, free speech and whether the college had failed to hold students to account. The decision by the college’s board of trustees, announced Thursday, came nine days after the Ohio Supreme Court had declined to hear the college’s appeal of a lower-court ruling.

“Truth matters,” Lee E. Plakas, the lawyer for the Gibson family, said in an email Thursday. “David, supported by a principled community, can still beat Goliath.”

[…] The college acknowledged that the size of the judgment, which includes damages and interest, was “significant.” But it said that “with careful financial planning,” including insurance, it could be paid “without impacting our academic and student experience.” Oberlin has a robust endowment of nearly $1 billion.

Here’s the hilarious arrest video with Aladin crying and playing the victim after getting arrested:

The New York Times, NBC News, CNN and every other MSM outlet I could find covering this story weren’t interested in including it.