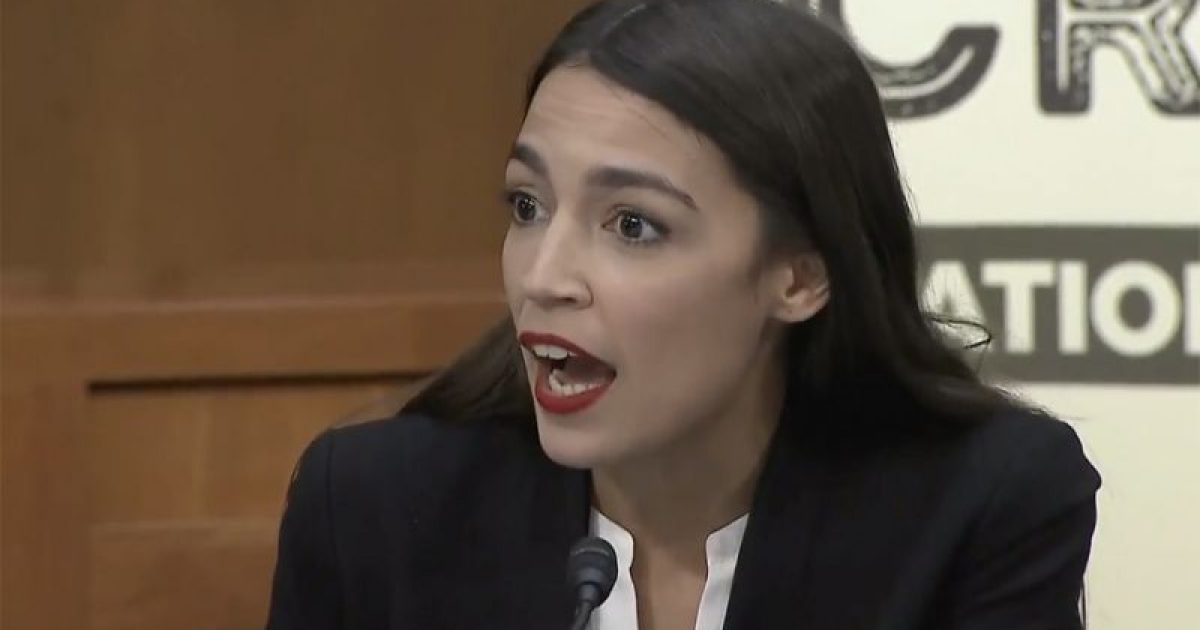 On Monday, newly-elected Democrat Socialist Alexandria Ocasio-Cortez suggested on Twitter that the Untied States was wrong to authorize the use of force to go after the perpetrators of the 9/11 terrorist attacks that killed some 3,000 innocent people.

According to the Daily Wire’s Ryan Saavedra, her comment came as she was defending anti-Semitic statements made by Rep. Ilhan Omar, D-MN, over the weekend.

“It is disturbing that Rep. Omar continues to perpetuate hurtful anti-Semitic stereotypes that misrepresent our Jewish community. Additionally, questioning support for the U.S.-Israel relationship is unacceptable,” Democrat Rep. Juan Vargas (CA) tweeted. “Israel has and remains a stalwart ally of the United States because of our countries’ shared interests and values. I condemn her remarks and believe she should apologize for her offensive comments.”

Ocasio-Cortez responded in a dishonest manner, suggesting that Vargas was calling out Omar’s foreign policy stances, not her anti-Semitism.

“I‘m curious if Rep. Vargas will further explain his stance here that it’s unacceptable to even *question* US foreign policy,” Ocasio-Cortez tweeted. “Plenty of Dem members have asserted that discussion + debate on this issue is fair and merited. Is this stance a departure from that?”

I‘m curious if Rep. Vargas will further explain his stance here that it’s unacceptable to even *question* US foreign policy.

Plenty of Dem members have asserted that discussion + debate on this issue is fair and merited. Is this stance a departure from that? https://t.co/2tcelsxFCU

She wasn’t finished, however, and went on to tweet some false information.

“I remember a time when it was ‘unacceptable’ to question the Iraq War. All of Congress was wrong, including both GOP & Dem Party, and led my generation into a disastrous + wrong war that virtually all would come to regret, except for the one member who stood up: Barbara Lee,” she said.

She later clarified that she meant Afghanistan, but went on to say that the entire authorization to use force was wrong.

“But honestly we shouldn’t have been in either, and we should end the AUMF now while we’re at it,” she said in another tweet.

(But honestly we shouldn’t have been in either, and we should end the AUMF now while we’re at it)

“The AUMF was passed with Lee’s lone dissenting vote on Sept. 14, 2001, three days after terrorists from Osama Bin Laden’s al Qaeda organization crashed commercial airliners into the World Trade Center, Pentagon and a field in Pennsylvania killing more than 3,000 people,” the Huffington Post said in a 2018 post that seemed to justify Lee’s dissenting vote.

In other words, AOC apparently doesn’t think the United States should defend itself from terrorist attacks like those that took place on 9/11.

This is really no surprise, given that she’s the one pushing a scheme to destroy the U.S. economy for entire generations of Americans…

“Pompous little twit” doesn’t even begin to describe this member of Congress.