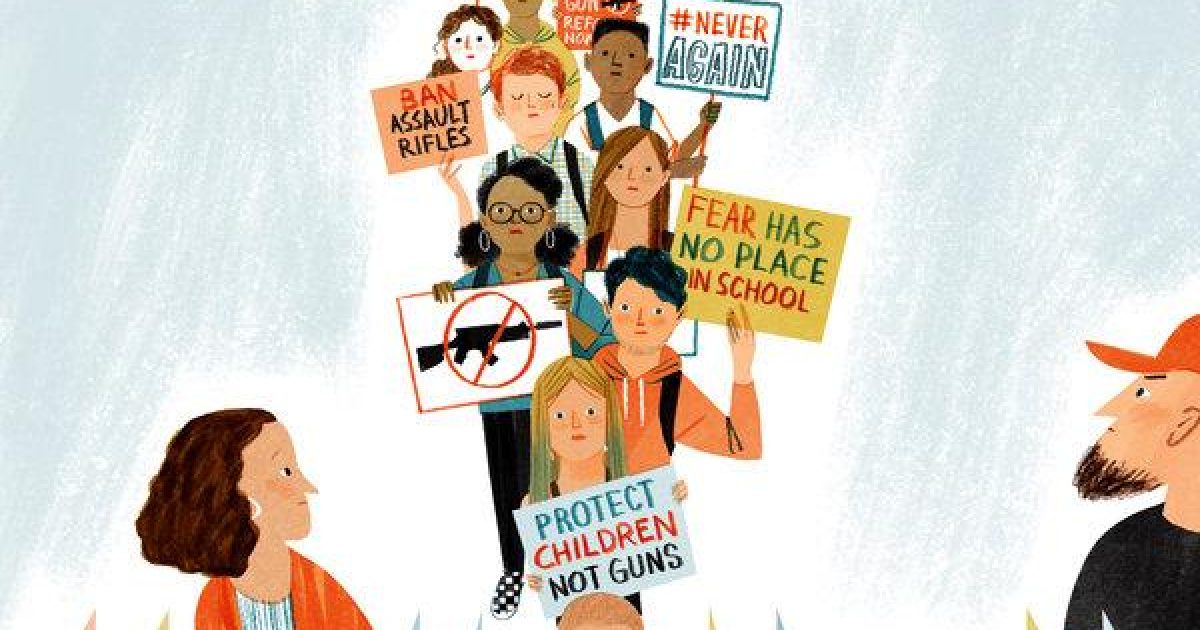 As we go through what seems to Bush-Gore 2000, hopefully without the hanging chads, in the Florida governors race, there seems to be a lot of voter fraud taking place throughout the state and among that fraud seems to be underage voting, but that’s not all.

One must be 18 years old to vote in the state of Florida. However, as Patrick Howley reports, there are those who were under the age of 18 who were voting in this week’s election.

A whistleblower who saw official voter information from the 2018 election confirms to Big League Politics that multiple people listed as under the age of 18 actually voted in this midterm election in the round of early or absentee voting, while dozens more are registered to do so.

Amazingly, the county governments actually list the registered voters as being younger than 18 years old, according to their birth dates, so this is based on official government information.

(“You are eligible to vote in Volusia County for an election that has an election date on or after your 18th birthday,” says one official record, right underneath the listed birth date of a listed 17-year old voter.)

Howley went on to present the evidence of his claims. Here’s what he discovered.

Raymond Murga voted in Miami-Dade County, which officially recognizes that he is 17 years old, according to his birth date of May 28, 2001. You can find Master Murga’s entry on the Miami-Dade official voter information lookup page.

There is a high school volleyball player named Raymond Murga in Miami, class of 2019.

Demetrius Bundick Jr., born in 2002, voted in Hillsborough County, according to the whistleblower.

There is a record of a current junior high school football player at Ponte Vedra High School in St. John’s County, according to MaxPreps.

The worker who answered the phone at the St. John’s County elections office initially said that there multiple people born on July 2, 2002 who are registered to vote. After checking with another office worker, she returned to claim that “that person” never voted, but did not provide evidence of that.

Robert Tyler, born in February 2001, voted in Volusia County according to the whistleblower. We are still collecting information on this person at this time.

Back in August, prosecutors were already investigating felons voting, and though the passing of Amendment 4 in Florida restores voting rights to felons in the state of Florida, that did not apply in 2016 nor in 2018.

According to the Miami Herald at that time:

The questionable ballots were discovered during an examination of a sample of 922 registered, but ineligible felon voters identified and purged by the Miami-Dade Supervisor of Elections Office in the six months after the 2016 election. It is a third-degree felony to cast a fraudulent vote or to swear falsely when registering to vote.

The investigation’s existence was disclosed in a July 25 email from prosecutors to Andrew Ladanowski, a Coral Springs data analyst who contacted authorities after his public records request to the elections office turned up evidence of voting by ineligible felons whose civil rights had not been restored.

“As my unit chief, Tim VanderGiesen, has informed you, I have been assigned as the lead attorney for this investigation,” wrote Miami-Dade Assistant State Attorney Kerrie Crockett. “I would like to assure you that we are taking this matter very seriously and conducting a very thorough investigation. In order to do so, my team and I will need to acquire various forms of evidence from multiple sources. This will take quite a bit of time, so I ask for your patience and understanding as we look further into this matter.”

Office spokesman Ed Griffith declined to discuss the matter. “We wouldn’t be commenting on any ongoing investigation.”

Meanwhile, a concerned citizen captured video footage of ballots that had been transported by private vehicles being loaded into a rental truck in the middle of a parking lot in Broward County.

Finally, in late-breaking news, a judge ruled in favor of Governor Rick Scott with regards to the lawsuit over transparency in the election ballot counting in Broward County.

The court was asked to intervene in the tight U.S. Senate race between Democratic U.S. Sen. Bill Nelson and Republican Florida Gov. Rick Scott as the two sides prepare for a possible recount.

Judge Carol-Lisa Phillip said Snipes must allow inspections on or before 7 p.m. Friday evening. Phillips found that Snipes violated that law by failing to turn over the information to attorneys for Scott’s Senate campaign and the National Republican Senatorial Committee.

Snipes is the last person you should want in charge of counting those votes. She has a terrible history of corruption. At least up until this ruling, Snipes was able to act with impunity.

Brenda Snipes, with @BrowardSOE, dodges questions and leaves after repeatedly saying she would take questions after this meeting. Reconvening tomorrow at 1pm to have canvassing board review 238 provisional ballots (205 in dispute + 33 provisional early votes) pic.twitter.com/oiG1d5CFg7

Good for Rick Scott for not just letting this little game be played out and be Mr. Nice Guy in the face of voter fraud.