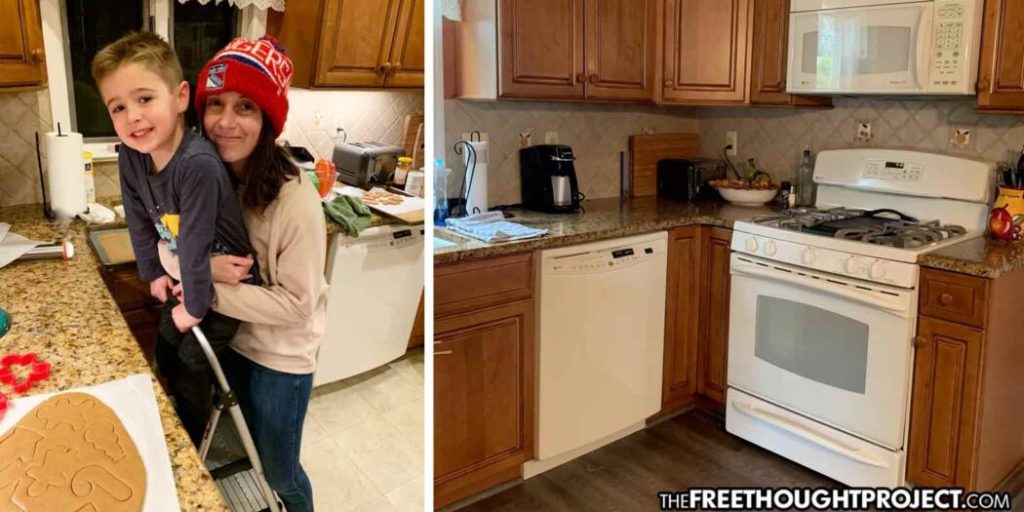 Somerville, NJ — In the land of the free, attempting to earn money in certain professions without first paying the state for the privilege of doing so can and will get you kidnapped and extorted. These laws are applied to children behind lemonade stands as well as adults selling flowers. The state callously and with extreme prejudice has been documented arresting people, or even beating up women to enforce these licensing laws. As the following case illustrates, even moms trying to have a bake sale to raise money for their children’s college fund will be subject to the government’s tyranny.

Recently, the state of New Jersey passed an ordinance that allows folks to sell their home-baked goods for commercial purposes. For $100, citizens of New Jersey can obtain a permit to sell their cookies with a yearly gross income maximum of $50,000. This permit is good for two years.

While this price may seem steep to sell cookies from your home, Maria Winter, a fourth grade teacher in Somerville, just found out that $100 is just the beginning.

When Winter applied for a home-baked license in the city of Somerville, she was told that she had to shell out $5,000 — to sell cookies for her son’s college fund.

As My Central Jersey reports:

Her application for a home business zoning permit, which would allow her to sell the sugar cookies from her 150-square-foot kitchen, was denied by Somerville for the first time in February.

Winter was told by borough officials that she needed a zoning variance, pay a $1,000 application fee, deposit $4,000 into a borough escrow account, publish a public notice in the newspaper and notify all property owners within 200 feet of her home that there would be a public hearing on her application.

“I am very much a rule follower,” said Winter. “Even though it wouldn’t be my full-time job, I did want to get my permit so I could sell to friends and co-workers who had been asking for cookies. I wouldn’t say I had huge business plans, but I wanted to make sure I was doing it the right way.”

Now, however, Winter is learning the cold brutal ways of the state and how their greedy fingers stifle the free market and keep “mom and pop shops” down by making barriers to entry unreasonably excessive.

“It’s very confusing to me that the state is saying I can do something but my town is saying I can’t and can’t even give me a reason why,” Winter said. “It is just frustrating, and it became even more so when I started to see people in my town getting their permit. I’m trying to be an upstanding citizen and nothing is happening. I’m just frustrated.”

The good news is that people are openly breaking the Somerville ordinance and they are selling home-baked goods in spite of the $5,000 extortion fee. And according to My Central Jersey, none of the “violators” have been issued a citation… yet.

The New Jersey Home Bakers Association has since taken up the fight for mothers like Winter and have partnered with the Institute for Justice to battle the greedy bureaucrats of Somerville.

“Somerville is essentially acting contrary to this new statewide regulation by having what amounts to a ban even after the statewide ban was lifted,” said Institute for Justice attorney Rob Peccola.

“Somerville in particular had some of the most extreme restrictions I have seen of requiring a full evidentiary hearing and $5,000 that it warranted a letter,” Peccola continued.

For now, everyone who sells home-baked goods in Somerville — who hasn’t paid the $5,000 fee — is acting in defiance of the law, and this is a beautiful thing.