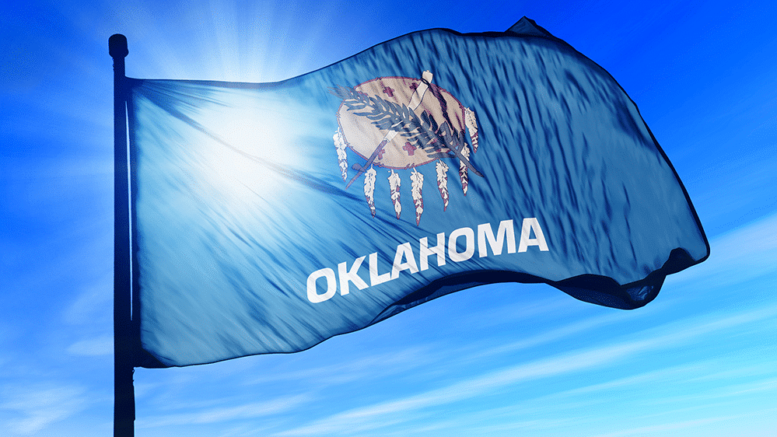 Today, an Oklahoma law that prohibits the denial of firearms ownership to patients using medical marijuana went into effect despite federal prohibition.

The Oklahoma House passed HB2612 by a 93-5 vote. The Senate approved the measure 43-5. With Gov. Kevin Stitt’s signature in March, the new law went into effect Aug. 28.

It also prohibits the state from denying a medical marijuana patient access to public assistance programs, including Medicaid, SNAP and WIC.

As Suzanne Sherman noted, the federal government has long claimed the power to restrict the right to keep and bear arms of medical marijuana patients:

If you purchase a firearm from an FFL, you will be presented with the Firearms Transaction Record form 4473, which you must, under penalty of perjury, answer fully and truthfully. You may see it for yourself HERE.

Question 11(c) asks prospective gun purchasers if they are unlawfully using any controlled substances. You think, “Hey, I can answer ‘no,’ as marijuana is now legal in my state. Immediately following the inquiry is the following admonition (in bold letters):

“Warning: The use or possession of marijuana remains unlawful under Federal law, regardless of whether it has been legalized or decriminalized for medicinal or recreational purposes in the state where you reside.”

Not surprisingly, in 2016, the U.S. Ninth Circuit Court of appeals ruled that this restriction does not violate the Second Amendment.

Most states have formally adopted this federal ban on owning firearms for medical marijuana users, or simply help in its enforcement. For instance, police in Hawaii sent letters to medical marijuana patients who owned guns telling them they had 30 days to surrender their weapons.

While passage of HB2612 does not overturn the federal Gun Control Act of 1968, it does remove the state and local enforcement arm of that unconstitutional act as it applies to medical marijuana users in Oklahoma.

Under the Controlled Substances Act (CSA) passed in 1970, the federal government maintains complete prohibition of marijuana. Of course, the federal government lacks any constitutional authority to ban or regulate marijuana within the borders of a state, despite the opinion of the politically connected lawyers on the Supreme Court. If you doubt this, ask yourself why it took a constitutional amendment to institute federal alcohol prohibition.

Oklahoma’s medical marijuana program removes a layer of laws prohibiting the possession and use of marijuana, and the passage of HB2612 expands that, but federal prohibition remains in place.

Furthermore, figures indicate it would take 40 percent of the DEA’s yearly annual budget just to investigate and raid all of the dispensaries in Los Angeles – a single city in a single state. That doesn’t include the cost of prosecution either. The lesson? The feds lack the resources to enforce marijuana prohibition without state assistance.

Enactment of HB2612 further ignores federal prohibition and continue the process of nullifying it in practice.

Colorado, Washington state, Oregon and Alaska were the first states to legalize recreational cannabis, and California, Nevada, Maine and Massachusetts joined them after ballot initiatives in favor of legalization passed in November 2016. Michigan followed suit when voters legalized cannabis for general use in 2018. Vermont became the first state to legalize marijuana through a legislative act in 2018. Illinois followed suit this year.

With 33 states including Delaware allowing cannabis for medical use, the feds find themselves in a position where they simply can’t enforce prohibition anymore.

“The lesson here is pretty straightforward. When enough people say, ‘No!’ to the federal government, and enough states pass laws backing those people up, there’s not much the feds can do to shove their so-called laws, regulations or mandates down our throats,” Tenth Amendment Center founder and executive director Michael Boldin said.

Michael Maharrey [send him email] is the Communications Director for the Tenth Amendment Center, where this article first appeared. He proudly resides in the original home of the Principles of ’98 – Kentucky. See his blog archive here and his article archive here. He is the author of the book, Our Last Hope: Rediscovering the Lost Path to Liberty. You can visit his personal website at MichaelMaharrey.com and like him on Facebook HERE