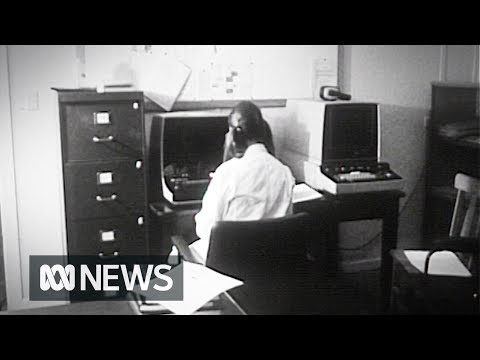 An old television broadcast from 1973 has been discovered that warns that things will start getting really bad on this planet around the year 2020 and that our current civilization will come to an end in 2040. The 1973 television broadcast focused on an MIT computer model known as “World One” that attempted to predict what growing pollution and population levels would mean for our planet if nothing was done. This computer model was funded by the Club of Rome, and these days the exact same people are still trying to scare us into giving up our national sovereignty “for the good of the planet” so that they can implement their “New World Order”. They hope to convince all of us that we are facing “global problems” that require “global solutions”, and they are convinced that power is better off in the hands of global policy-making institutions such as the United Nations.

If you would like to watch the doomsday television broadcast from 1973 that was recently unearthed, you can find it right here. If the MIT computer model is correct, things should start getting really, really bad over the next few years, and without a doubt it is entirely possible that we could see that happen.

But even if the MIT model is proven correct, the goals of those that funded it are deeply insidious. The Club of Rome was founded by some of the top globalists on the entire planet, and their ultimate goal is “a New World Order with corporations managing everything.” The following comes from WND…

Dug up from the TV vaults, the program predicts things are going to get extremely bad in 2020 – just about the time, coincidentally, Donald Trump is seeking re-election as president of the United States. That’s when the quality of life goes down to zero. Pollution becomes so serious it will start to kill people, which in turn will cause the population to diminish, lower than it was in the 1900s.

“At this stage, around 2040 to 2050, civilized life as we know it on this planet will cease to exist,” the report states.

Alexander King, the then-leader of the Club of Rome, evaluated the program’s results to also mean that nation-states will lose their sovereignty, forecasting a New World Order with corporations managing everything.

Since 1973, the goals of the Club of Rome have not changed.

The organization is getting ready to celebrate their 50th anniversary, and one of their top priorities right now is “implementing the Sustainable Development Goals”…

In October, a 50th anniversary two-day conference will be hold by the Club of Rome on the “Sustainability Challenges for a World of 10 Billion People.”

1. Addressing a Planetary Emergency: Global Climate Change
2. What Economy is Needed for a World of 10 Billion People?
3. Implementing the Sustainable Development Goals (SDGs)
4. Prospects for Renewable Energy and a True Green Economy
5. Insuring Humanity Survives the Anthropocene
6. Human Values for the Anthropocene

If you go to the official UN website and read through the 17 point plan, you will rapidly discover that the Sustainable Development Goals are essentially a blueprint for global government.

Instead of simply focusing on how to fix the environment, the Sustainable Development Goals cover just about every form of human activity imaginable. The 17 point plan includes “solutions” for economics, healthcare, education, agriculture, gender equality, infrastructure, energy, transportation and “inclusiveness”.

In essence, it is one of the most extensive blueprints for the New World Order that we have seen yet.

But in order to get there, the global elite know that they have to scare us, and “climate change” is their favorite boogeyman these days.

Just this week, Newsweek posted an article warning that if nothing is done “Earth as we know it could be transformed into an unrecognizable, alien world”…

Within the next 100 years, Earth as we know it could be transformed into an unrecognizable, alien world, with ecosystems around the globe falling apart. After looking at over 500 ancient climate records, scientists have said current climate change is comparable to what the planet went through when it came out of the last ice age—and the seismic shift in biodiversity that took place then will likely happen again.

Of course what they don’t tell you is that the climate of our planet has always been changing and it will always be changing even if all humans were completely removed.

Human activity actually plays a very, very small role in the overall rate of climate change. Primarily, changes in our climate are determined by the giant ball of fire that our planet revolves around. Anyone that believes that we can stop climate change by altering human activity somewhat is simply being delusional.

But that is not going to stop the elite from fearmongering. According to this latest study that Newsweek is gushing about, the landscape of our planet will soon experience changes that are “ubiquitous and dramatic”…

Study co-author Jonathan Overpeck, from the University of Michigan, said there will be a huge ricochet effect that will eventually threaten water and food security. “If we allow climate change to go unchecked, the vegetation of this planet is going to look completely different than it does today, and that means a huge risk to the diversity of the planet,” he said in a statement.

“We’re talking about global landscape change that is ubiquitous and dramatic, and we’re already starting to see it in the United States, as well as around the globe. Our study provides yet another wake-up call that we need to act now to move rapidly towards an emission-free global economy.”

If you have followed my work on a regular basis, then you already know that I believe that major Earth changes are coming.

But absolutely nothing that these experts are proposing will stop them from happening.

In the end, every “solution” that the global elite are proposing results in more power being transferred into their hands.

They desperately want their “New World Order”, and they will do whatever is necessary to get it.

So don’t fall for their propaganda no matter how good it may sound at times. Their ultimate goal is global tyranny, and it must be resisted at every turn.