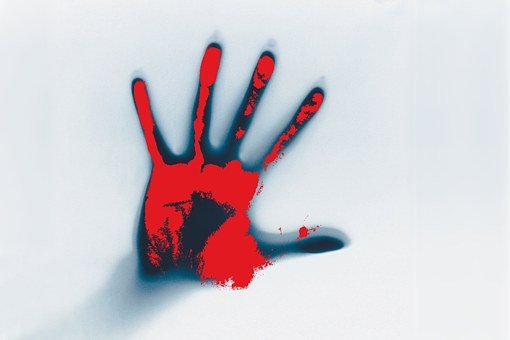 Did you know that 296 mass shootings have happened in the United States this year? Needless to say, the vast majority of the mass shootings are taking place in our core urban areas, and at this point many of our largest cities are becoming open war zones. We desperately need more law enforcement officers on the streets, and as I wrote about yesterday, even some of our most liberal cities are now racing to “re-fund” the police. Crime rates spiked dramatically all over the nation in 2020, and they are skyrocketing even higher in 2021. But if you think that things have been bad so far, just wait, because we are being warned that “a bloody summer” is on the way…

“The spike in homicides and nonfatal shootings is extremely alarming,” said Miami Police Chief Art Acevedo, who recently left the Houston Police Department and leads the Major Cities Chiefs Association, an organization of law enforcement executives. “One of the reasons we talk about a bloody summer ahead for our country is because it’s already been a very bloody year, a very deadly year for Americans.”

There is usually more violent crime when the weather is warmer, and we have definitely seen that so far here in the month of June.

Mass shootings are considered to be incidents in which at least four people are wounded, and during this past weekend we witnessed mass shootings in New Jersey, Colorado, Indiana, Virginia, Alaska, Louisiana, Minnesota, Texas and California.

They are happening with such frequency now that each one barely makes a blip in the news before the next one happens.

To me, the most disturbing incident during the weekend took place in Chicago…

And in another deadly shooting in the city on Saturday night, two individuals were attacked by a group of men after a crash took place at Humboldt Park, prompting a large crowd to surround Gyovanny Arzuaga’s vehicle.

He and his girlfriend, Yasmin Perez, were attending a Puerto Rican People’s Day parade in the park, Newsweek reported, when a group of two or three gunmen ambushed them and opened fire.

A video of the incident, posted to Twitter, purportedly shows Arzuaga surrounded by a group of men, who leave him lying unresponsive on the ground.

Words cannot really convey the true horror of that attack. If you have not seen the video footage yet, you can watch it right here.

When I first watched it, I could hardly believe what I was seeing.

There has always been violence in our streets, but nothing like this.

What in the world is happening to our country?

Overall, the number of shootings in the city of Chicago is up 18 percent so far this year.

I know that sounds bad, but other major cities are seeing much larger spikes.

In Philadelphia, the number of shootings is up 27 percent so far this year.

It is supposed to be “the city of brotherly love”, but it is rapidly becoming one of the most dangerous places in America.

In Atlanta, the number of shootings is up 40 percent so far this year.

But at least the Hawks are doing well, right?

In Los Angeles, the number of shootings is up 51 percent so far this year.

Crime is now the number one political issue in the L.A. area, and even tourist areas such as Venice Beach are being totally trashed.

In New York City, the number of shootings is up 64 percent so far this year.

As I discussed yesterday, in the Big Apple running gun battles even happen during broad daylight these days.

In Minneapolis, the number of shootings is up 90 percent so far this year.

I spent a lot of time in Minneapolis growing up, because I have a lot of relatives in the area. I can’t believe how far that once beautiful city has now fallen.

But there is one major city that even has Minneapolis beat.

In Portland, the number of shootings is up 126 percent so far this year.

Everywhere you look, there is chaos and violence, and what we have been through so far is just the beginning.

It is almost as if a significant percentage of the population has gone completely and totally nuts over the past couple of years. In this sort of an environment, you never know what some crazy person might do. Here is just one example…

A Bel Air homeowner is in shock after coming face to face with a violent naked man who broke into his house and killed the family pets.

Mat Sabz was home alone Thursday afternoon when his wife called to tell him that security cameras showed a naked man breaking into their home.

You have got to be really sick to want to kill somebody’s pets.

Sadly, right now there are vast numbers of really sick people running around out there, and many of them would kill you and your family without even thinking twice about it.

Up to this point in 2021, a total of 20,729 Americans have died as a result of gun violence, and by the time most of you read this article that number will inevitably be even higher.

Ironically, many of the cities that have the strictest gun laws also have some of the highest murder rates.

In Chicago, the number of gang members is more than ten times greater than the number of law enforcement officers, and that is causing enormous problems. The politicians can pass as many laws as they want, but violent criminals are going to remain heavily armed and they are going to retain the upper hand for the foreseeable future.

Of course Chicago is far from alone. Violent criminals are gaining the upper hand in communities all over the country, and meanwhile police officers are resigning in record numbers from coast to coast after being relentlessly demonized by the mainstream media for months on end.

Our society really is coming apart at the seams all around us.