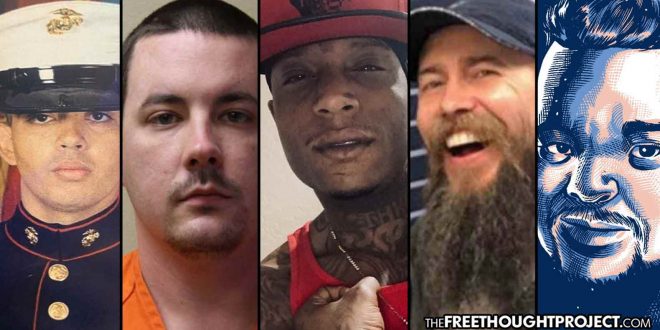 A video showing Minneapolis police killing George Floyd has sparked protests around the world, but the movement that he inspired is far bigger than just one person. What happened to George Floyd is not unusual, it happens every day throughout the United States, and most of the time the police are able to get by without any criticism because they are able to control a large portion of the evidence and their testimony is given more weight than the citizens they interact with.

Even in cases where video evidence reaches the public, police have a long list of excuses and justifications for their violence, which often go unchallenged by the media, who also defer to the officer’s version of events in most cases, just as the courts do.

The police and the media will also work together to slander victims of police violence and assassinate their character since the public will typically show less sympathy for imperfect victims. Their pasts are dug up, plastered all over the media, and the damage is done.

Sometimes, there are even cases with plenty of video evidence and an entirely innocent victim, but just come at a time where there is not enough room in the news cycle, or when the public is distracted by something else.

In fact, the scale of the police problem in the United States is nearly impossible for media to capture because there are just too many stories to keep up with. Even for organizations like The Free Thought Project, which focuses almost exclusively on police state content, the countless videos and eyewitness accounts of police brutality that come in every day is overwhelming.

On the day that George Floyd was murdered, there were at least five other people shot and killed by police. Their cases didn’t make the news because those cases did not have as much evidence or were otherwise not as easy for activists to gather support for.

In Houston, Joe Louis Castillanos, a veteran with mental illness was shot and killed for not responding to an officer’s commands fast enough.

In a town just outside of Houston that same day, a man named Justin Mink was shot after pulling a knife on an officer during a traffic stop for a fake tag on his car.

In Pheonix, Arizona, Dion Johnson was shot and killed during a traffic stop where he was asleep at the wheel with beer cans in his car. The officer claims that Dion reached for his gun, but the family does not believe his version of events.

In Jonesborough, Tennessee, Gary “Pat” Dorton, a man with mental illness, was shot and killed by police during another incident where there is no video evidence, and just the officer’s testimony to go by.

Police in Modesto, California claim that they were provoked into shooting Reymar Gagarin, as he intended to commit “suicide by cop,” but the body camera footage does not show him being antagonistic towards the officers.

All of these incidents took place on the same day that George Floyd was killed.

In a report detailing these killings, Buzzfeed pointed out that police officers in the US have not gone more than two days without killing someone since 2015.

These killings only represent the most extreme examples of police violence, but there are even more cases where people have been injured by police or have had their lives ruined over wrongful arrests, or routine arrests for a nonviolent offenses.

All of these negative interactions taking place every day for so many years has left a sizable portion of the public angry at the police and has made it very easy for them to empathize with the victims of police violence that they see in viral videos.

This is why many activists are calling for drastic solutions like defunding and entirely replacing police departments with something new, because they have been down this road many times before, where they were promised empty reforms and years later are left with the same problems. The solutions are here, we just need to implement them.