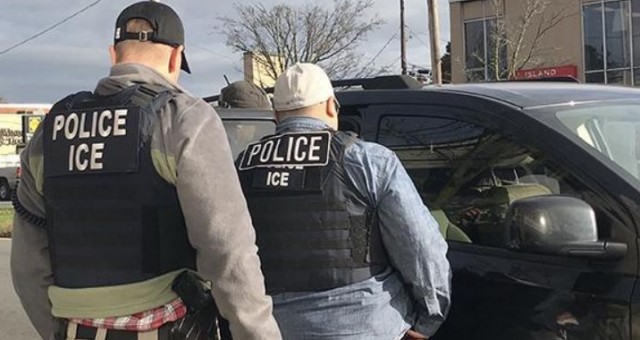 In the course of Operation SOAR, ERO deportation officers apprehended 23 individuals with past criminal convictions ranging from sexual abuse to rape. Several of those arrested are registered sexual offenders. Each taken into custody is currently being detained pending the completion of removal proceedings, criminal prosecution, or removal from the United States.

“When we talk about the safety of our communities, it should not be politics, it should be common sense. We arrested nearly two dozen convicted sex offenders this past week, including many who conducted heinous acts against children, and could have been turned over to ICE instead of released back into our neighborhoods,” said Thomas R. Decker, field office director for ERO New York. “The rule of law should not be blatantly disregarded by the people elected and paid to serve the public because of their political view, especially if it means we allow those who sexually violated children, and those who have no legal status, to remain in the country.”

Five of the individuals arrested during this operation will face federal criminal prosecutions for illegal entry and illegal reentry after removal. An alien who illegally reenters the United States, has committed a felony punishable by up to 20 years in federal prison. The arrestees who are not being federally prosecuted are being detained in ICE custody, and will be processed administratively for removal from the United States. Those arrestees who have outstanding orders of removal are subject to immediate removal from the country. The remaining individuals are in ICE custody awaiting a hearing before an immigration judge.

ICE deportation officers carry out targeted enforcement actions every day in locations around the country as part of the agency’s ongoing efforts to protect the nation, uphold public safety and protect the integrity of our immigration laws and border controls. These enforcement actions involve existing, established Fugitive Operations Teams.