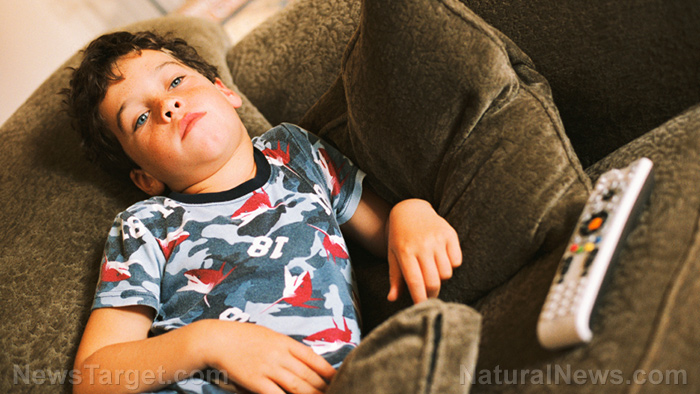 (Natural News) For decades, Democratic educators have said, correctly, that the way out of poverty for poor Americans of color, especially, who are trapped in endless cycles of poverty and crime was an education.

Fundamental to lifting yourself out of poverty, they argued, was learning how to be proficient in key subjects like reading, writing and arithmetic.

But today, Marxists have taken over the American education system and a lot of the Democrat Party, so the emphasis now is not creating future generations of well-educated Americans who will be good stewards of the country and our republican form of government.

Rather, the emphasis is churning out mind-numbed zombies and robots who can’t think for themselves and must be told what to do during every phase of their lives while the left-wing elite continue sending their kids to the finest schools where they get good educations while they are groomed to be the leaders of the sheepish massed.

And if you doubt any of that, perhaps you can come up with a better explanation as to why Oregon’s Democratic supermajority would pass legislation ditching requirements to show that graduating seniors are proficient in reading, writing and mathematics — and why the state’s goofy governor, Kate Brown, signed the legislation on the down-low, with no fanfare, unusual for her and for her administration.

Foundations for a Better Oregon, which advocated for the legislation, said in a statement that the bill is intended to “truly reflect what every student needs to thrive in the 21st century.” Supporters of the bill insisted that “testing on essential skills has historically hurt those with poor test-taking skills who would otherwise graduate.”

It was not explained how those students would graduate if they failed to demonstrate proficiency in skills that are deemed “essential,” but State Senator Lew Frederick (D-Portland) noted that the tests have been “very flawed,” and therefore unreliable in evaluating students’ knowledge.

Frederick added it wasn’t fair for students who have suffered or fell behind during distance learning imposed due to the COVID-19 pandemic to “approach graduation with an already flawed system.”

There is no ‘flaw’ in an education system that actually works to educate our children, which, by the way, was a founding objective of the American public school system. But it has been overrun for so many decades by left-wing revolutionaries and social engineering Marxists that today’s public education apparatus in no way resembles what it was founded to be.

Instead, our public education has become a test bed for the latest fads and cultural trends, our kids used as guinea pigs for social experimentation for the amusement of and manipulation by a very concentrated elite, whose own children are otherwise provided excellent educational resources and opportunities to excel.

While average American children are dumbed down in the name of “equity” or “fairness,” the goof is that they will achieve neither once they are unleashed into society, unprepared mentally and academically to get head in life and become productive members of society.

Fortunately, we have liberals in our society who understand what this horrific legislation is really going to do to the kids who will be allowed to graduate as subpar learners.

“Too many schools are graduating students without testing barriers for graduation. Then too many may go to colleges and universities that have also eliminated standardized testing for admission,” he added.

“At every stage in their education, they have been passed along by educators without objective proof that they are minimally educated,” Turley noted further.

The end result: More failure at life, and more ignorant sheep for the Democrat deep state to rule over.