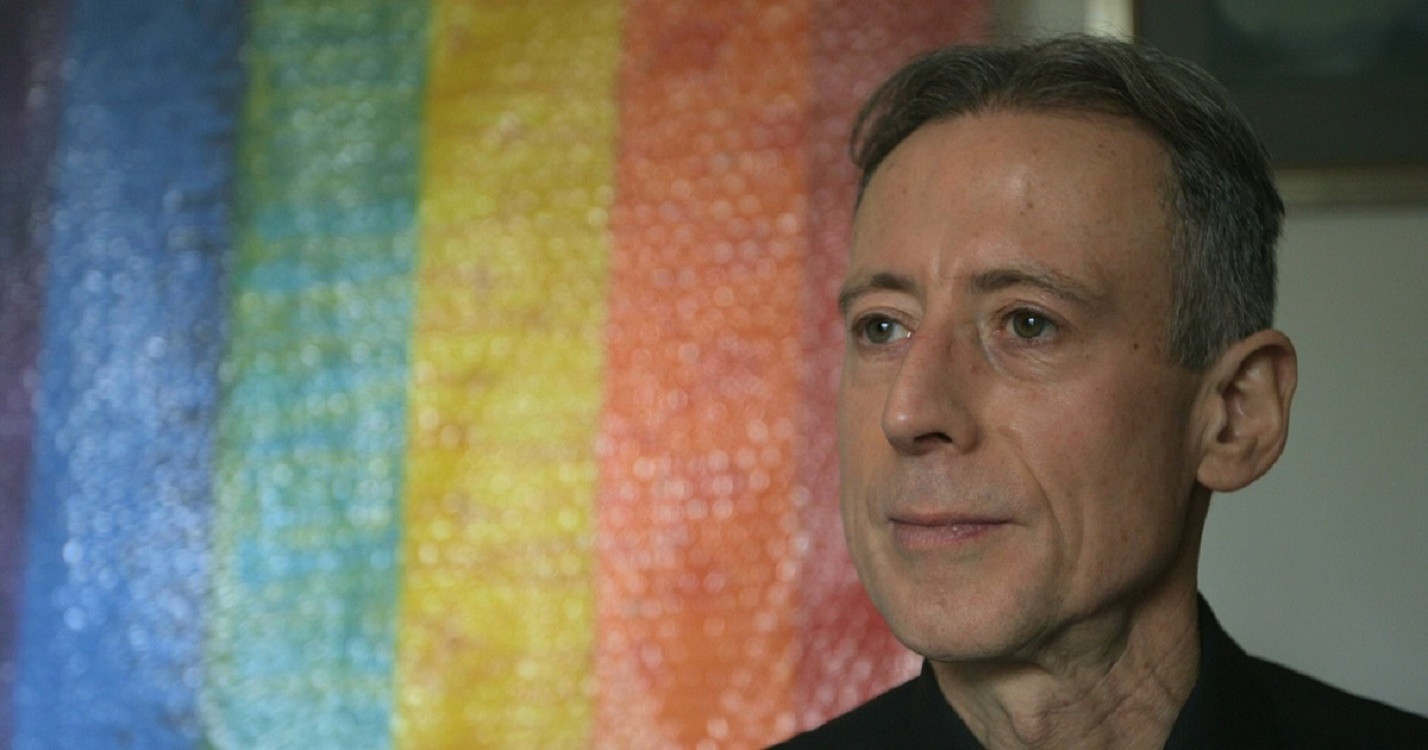 According to an AFP news report of the July 13, 2018 anti-Trump protest in London — where a giant balloon of Trump as a baby wearing a diaper flew over the British parliamentary building — the march was organized by the Stop Trump Coalition, “a network of grassroots campaigns, unions, NGOs and politicians formed for the event”. One of the politicians is “veteran civil rights campaigner Peter Tatchell, who marched alongside former Labour leader Ed Miliband.”

Tatchell — who is a “gay advocate”, former Labour Party parliamentary candidate, now with the Green Party — said about the anti-Trump protest: “It’s an incredible turnout of people from all walks of life. Today’s protests send a signal to Donald Trump. He’ll get the message. He may not admit it publicly but he’s certain to be affected by this outpouring of opposition.”

Surprise! (Not). It turns out Peter Tatchell, 66, is a pedophile.

Peter Hitchens writes for the UK Daily Mail, September 12, 2010, that on June 26, 1997, Peter Tatchell wrote a letter to the Guardian newspaper, defending an academic book about “Boy-Love” against what he saw as calls for it to be censored. Calling the book “courageous”, Tatchell said the book documented “examples of societies where consenting inter-generational sex is considered normal,” such as a New Guinea tribe where “all young boys have sex with older warriors as part of their initiation into manhood” and (allegedly) grow up to be “happy, well-adjusted husbands and fathers”.

“The positive nature of some child-adult sexual relationships is not confined to non-Western cultures. Several of my friends – gay and straight, male and female – had sex with adults from the ages of nine to 13. None feel they were abused. All say it was their conscious choice and gave them great joy…. [I]t is time society acknowledged the truth that not all sex involving children is unwanted, abusive and harmful.”

Tatchell also contributed a chapter to a 1986 book, The Betrayal Of Youth(BOY), which was edited by a convicted pedophile, Warren Middleton (aka John Parratt), who is a former vice-chairperson of Paedophile Information Exchange (PIE) — an organization in favor of legalizing pedophilia. The book’s stated goal is the abolition of the age of consent, which would make children, toddlers and even babies fair game for pedophiles.