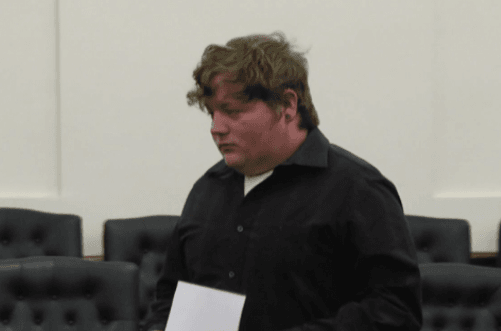 A former school bus driver who pleaded guilty to raping a 14-year-old girl will not receive any prison time, according to the sentence handed down by Jefferson County Supreme Court Judge James McClusky

The victim was 14 when she was assaulted by Shane Piche on June 10, 2018, outside the upstate New York city of Watertown. Piche was 25 years old at the time.

Piche waived indictment in February and was sentenced last Thursday to probation for 10 years. According to the certificate of disposition, he must register as a Level 1 sex offender and pay fees of $1,425. He pleaded guilty to third-degree rape.

The New York sex offender website describes Level 1 as an offender with a “low risk of re-offense.” Piche’s address would not be listed on the registry, just his zip code.

Piche met the victim as a school bus driver and “maintained communication” with her on social media. That led to him inviting her to his home, plying her with alcohol, and then raping her, according to the prosecutor.

“The Judge’s chambers have received numerous vitriolic calls regarding the case, the vast majority from out of State, by individuals who know nothing about the facts and circumstances of the case, thanks to social media,” state court spokesman Lucian Chalfen wrote in an email.

Chalfen said the judge was “well within” the sentencing range for this type of negotiated plea conviction. The maximum state prison time he could have received would have been from 1 1/3 to 4 years, he said.