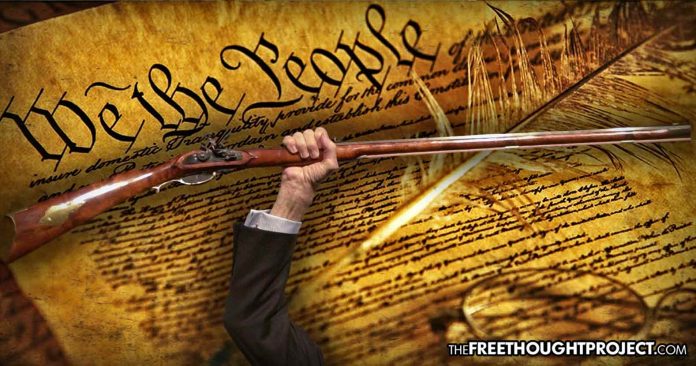 New Jersey — Unless you’ve been under a rock lately, then you’ve likely seen the unprecedented push by all levels of government to separate law abiding Americans from their guns. No, this is not some conspiracy theory. The president himself ushered in a new level of gun control doing what his liberal predecessor even refused to do by banning bump stocks. However, as states across the country seek to limit the ability of innocent people to defend themselves, people are disobeying.

In May, Gov. Phil Murphy signed a law that reduced the maximum capacity of ammunition magazines from 15 rounds to 10. Citizens immediately sued the government, citing the unconstitutional nature of the ban, but they failed.

“New Jersey’s law reasonably fits the State’s interest in public safety and does not unconstitutionally burden the Second Amendment’s right to self-defense in the home,” the court wrote in their decision. “The law also does not violate the Fifth Amendment’s Takings Clause because it does not require gun owners to surrender their magazines but instead allows them to retain modified magazines or register firearms that have magazines that cannot be modified.”

This month, citizens were given a December 11 deadline on their new ban on standard capacity magazines. The law effectively turned one million law abiding gun owners into criminals, literally over night if they failed to turn in the magazines.

Somehow, New Jersey lawmakers thought insane individuals who want to carry out mass shootings would be lining up to turn in their 15 round magazines as anyone caught with one of these banned magazines is now committing a fourth-degree felony. However, even the law abiding citizens are choosing to disobey—and that’s a good thing.

Obama knew a bumpstock ban was executive overreach, but Trump is doing it. Trying to wrap my head around this. The current administration was duped into this so Congress could avoid the whole discussion and pretend to support the 2nd Amdt. The WH needs better advisors.

According to Ammoland.com, who says they spoke with multiple police departments throughout the state, no one has turned in their magazines.

Two sources from within the State Police, who spoke to AmmoLand on condition of anonymity, told AmmoLand News that they both do not know of any magazines turned over to their agency and doubted that any were turned in. They also stated that the State Police also engaged the AG’s office for guidance on how to respond to inquiries such as ours. They were unaware if the Attorney General has returned to their request for guidance.

All the local police departments that AmmoLand contacted stated that they have not had any magazines turned into them.

AmmoLand has filed a Freedom of Information Act request with The New Jersey State Police to get an official count of the number of magazines turned in by New Jersey citizens. We will update the story if our FOIA request is fulfilled.

This act of disobedience is the only way that law-abiding citizens can effectively and peacefully fight back against the gun grabbers. And so far, it has been effective.

As TFTP has reported, we’ve seen similar acts of disobedience from other states like Illinois. In Effingham County, IL, the town board voted in April to order its employees not to enforce any laws that would “unconstitutionally restrict the Second Amendment” to the U.S. Constitution.

Effingham County State’s Attorney Bryan Kibler said the measure is meant to act as a warning shot to tell the state legislature that the county does not want unnecessary gun control measures, or for the sale of firearms to be jeopardized. The resolution states:

Board member David Campbell told Fox News that the county “decided it’s time for someone to take a hard stand.” Indeed, as we’ve noted time and again, rights are preserved and gained when good people make a stand and refuse to obey bad laws.