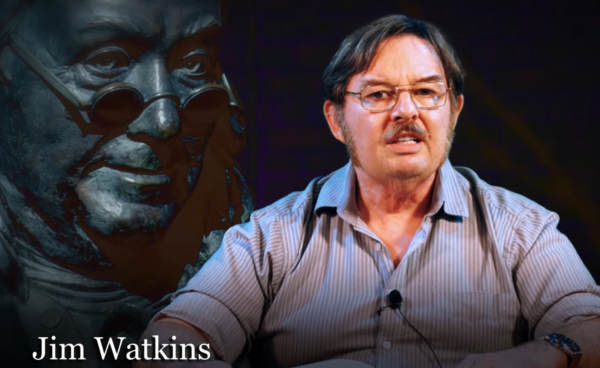 “First of all, the El Paso shooter posted on Instagram, not 8Chan. Later, someone uploaded a manifesto. However, that manifesto was not uploaded by the Walmart shooter.”

This is a shocker. 😉

Perhaps anyone who may have wanted to post a POTENTIALLY fake manifesto, should have picked a website that is not run by and populated by some of the most tech-savvy people in the world.

The owner of 8Chan is claiming that Patrick Wood Crusius did not post his own manifesto.

Could this be evidence of an accomplice?

Just moments before the deadly shooting in El Paso on Saturday, a sinister four page long manifesto was posted to 8Chan by someone who claimed to be the shooter.

However, Watkins, an Army veteran, asserted that the shooter actually posted on Instagram prior to the attack — and whoever uploaded the manifesto to 8Chan was not the person who committed the heinous act.

“First of all, the El Paso shooter posted on Instagram, not 8Chan. Later, someone uploaded a manifesto. However, that manifesto was not uploaded by the Walmart shooter,” Watkins asserted in his video statement. “I don’t know if he wrote it or not, but it was not uploaded by the murderer. That is clear, and law enforcement was made aware of this before most people had even heard the horrific news.”

Watkins asserted that though his platform is known for being a bastion of free speech, they have never and will never protect illegal speech.

On Sunday, a campaign went viral to get hosting companies to ditch 8Chan over the manifesto turning up there. Cloudflare, a web security company, also announced that they would be dropping 8Chan. Watkins said that the move to target his website’s hosting is political.

Some of you might’ve read the @Cloudflare news already. They're dropping 8chan. https://t.co/FQJrv9wzvn
There might be some downtime in the next 24-48 hours while we find a solution (that includes our email so timely compliance with law enforcement requests may be affected).

Ever notice how most modern day mass shooters write manifestos?

This would seem to be the trend.

I tend to question everything.

I don’t question whether people died at that Walmart.

I do question if we will ever know the real story.

Here are our most recent posts on the weekend shootings:

I’ve been investigating mass shootings since 2012 and I can tell you that it is my belief that most of them did not happen as we were told.

Are they false flags?

Maybe some of them are, but more so in a sense that we will never be told how they really happened, than than to claim they did not happen at all.

You will never learn the truth by putting all of your faith in network news.

So you must learn to do your own research and find sources that are not afraid to expose the truth.

Please pray for the victims and the families they leave behind.