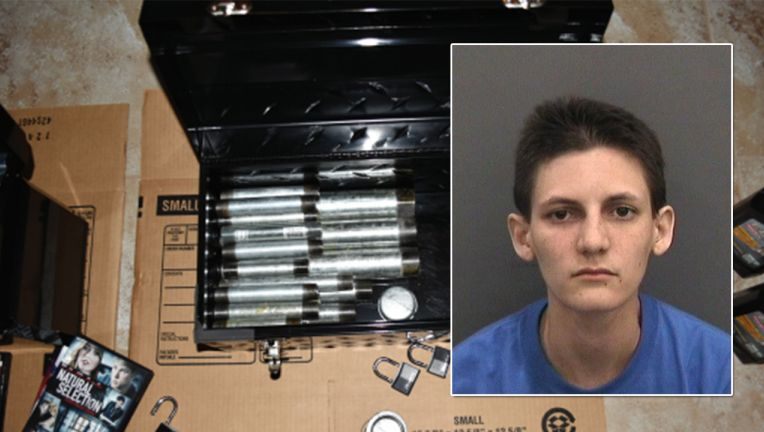 What this WOMAN was planning to do with two dozen pipe bombs is a mystery at this point.

The WOMAN is 27 years old and was still living with Mom and Dad, by the way.

WIMAUMA, Fla. (FOX 13) – A Wimauma woman was arrested early Friday morning after her parents found a “significant” amount of pipe bomb in her bedroom, the sheriff announced Friday morning.

“It would’ve taken less than 60 seconds per device to add the powder-infused material she already possessed to detonate each bomb. If used, these bombs could’ve caused catastrophic damage and harm to hundreds, even thousands of people,” he said during a press conference.

After reading this story of a confused 27-year-old woman who was storing pipe bombs in her parent’s house, one has to think of the possible fate of America’s troubled youth.

In the 60s and 70s we seemed to be breeding a generation of peace-loving hippies.

Those peace-loving hippies are seemingly no more.

The new generation of young people is violent and dangerous.

They feel that America has let them down and wish to spread pain instead of love.

Of course none of this happens without the left allowing it to happen.

Some might say they are not just allowing it, but encouraging it to happen.

Calm down boys, you have an election to lose.