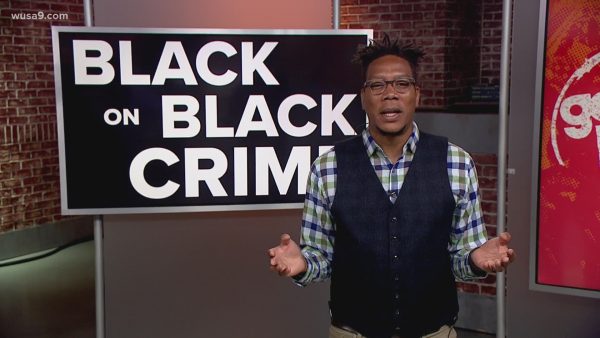 When “black on black crime” is blamed on white people… welcome to life in 2020 Oklahoma City. [Black-on-Black crime in Oklahoma, what is being done to reverse the trend?, OKCFox.com, November 18, 2020]:

We’ve seen the comments on social media, whether it’s people outraged by the shooting of George Floyd or Breonna Taylor, there’s always that one comment, “Well what about black-on-black crime?”

FOX 25 accumulated data from the Oklahoma City police department and FBI to see where the trends of homicide stand and what is the solution to slow the crime rate.

Oklahoma City has a population of more than 665,000 people in 2019, according to the United States census.

67% of white, Caucasian people, 19% of the Hispanic Latino community, 14% African Americans, 4% Asian, and nearly 3% of Native Americans live in the city.

We asked the Oklahoma City Police Department to provide five-year homicide data of suspects and victims by race and gender. You can view it here.

Black men between 2015 and 2019 had the highest rate for suspects and victims, with a rate averaging between 40 per year.

Ramiro Martinez is vice president-elect of the American Society of Criminology and professor of Criminal Justice at Northeastern University in Boston. He said the higher rate for African American men is based on population size.

“What happens then is there’s a few more, a handful of cases where the victims are black, the rate swings up because the population base is relatively low,” Martinez said. “So we might see this artificial swing.”

The FBI’s crime rate data from 2009 to 2019 shows the state overall, for all violent crimes, has a 75% increase difference compared to the rest of the country.

Martinez said in most homicide cases, for all ethnicities, the suspect knows the victim.

“An acquaintance, family member, someone they love or loved,” Martinez said.

That’s what happened to local rap artist Jabee Williams’ brother in 2001, a day before 9-11.

“He just got into with somebody in the neighborhood. And somebody else had a gun, gave it to that person and that person settled it that way,” said Williams.

We shared the information from the FBI and the Oklahoma City Police Department, as well as Martinez’s response.

He said what’s happened in the African American community, is a lack of resources.

So, how do you find the solution?

The first step has already happened, bringing a grocery store back into this food desert at the intersection of Lincoln and NE 36th St.

Councilwoman Nikki Nice and Mayor David Holt, with the help of Williams, have already taken those steps to bring a grocery store, like Homeland, back into the neighborhood. But there’s still a way to go and it won’t happen overnight.

We asked Williams what comes to mind when you hear “black on black crime”?

But what he is trying to create, setting kids straight and putting them on the right path.

Every problem caused by black individuals will be blamed exclusively on white people, regardless of how white people work to remove themselves from the situation via white flight…