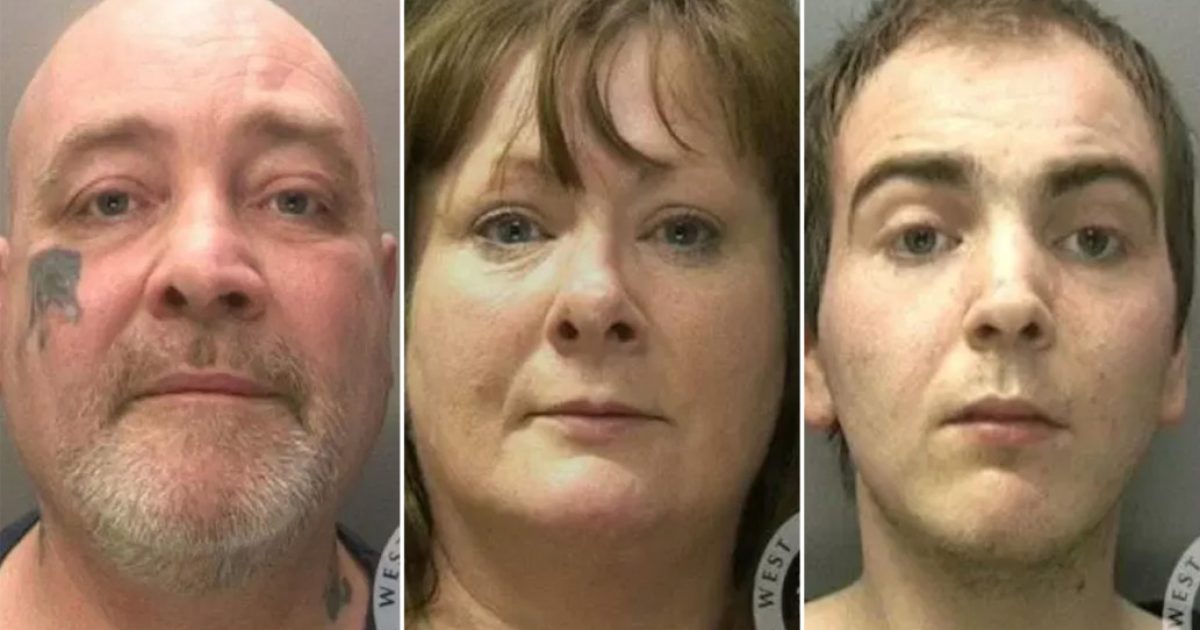 A twisted Coventry, England family of pedophiles raped children for thirty years before they were finally apprehended in what the judge in the case describes as “worst ever case of its kind.”

Antony Potts, 49, and three members of his family carried out these criminal acts over three decades.

Potts, who was described as a “deeply depraved man” will not face real justice in this life. Instead, he was jailed for life at Birmingham Crown Court after being convicted of 13 counts of rape, three counts of sexual assault and nine counts of inciting a child to perform a sexual act and cruelty.

He was joined by his wife, Elaine, and family friend Joanne Hoye who were both jailed for four years after pleading guilty to neglect.

In addition, his brother Joshua Potts admitted to multiple counts of rape and sexual assault against children, while his sibling Nathan, 26, was jailed for 16 years for two counts of rape of a child, four counts of sexual assault, inciting a child to engage in sexual activity and sex with another adult.

Seriously, why the entire family is not lined up in the street and put to death in public is beyond me. Why in the world would you make law-abiding citizens keep these animals up for any period of time? Jail never has and never will be justice for any crime, let alone crimes of this magnitude.

Judge Carr told Potts, “You are a deeply depraved man who has taken many, many opportunities to abuse children and corrupt them. These are horrendous offenses. In 50 years practice and presiding over cases like this, I cannot think of a worse one.”

But he’s going to make law-abiding citizens pay, and hold their property hostage for taxes in order to keep these people alive in a cage. Go figure. It’s an injustice all the way around.

The Potts’ abuse spans over 30 years with the first victim speaking to police in 1989 about what Antony Potts had done to her.

Despite this, the case was never brought to trial, but in May 2015 three more individuals, all under the age of 14, disclosed that they had been abused by Antony Potts and others to a third party, who reported the allegations to police.

But in July of that year it was deemed there was insufficient evidence to bring charges against the perpetrators.

Following the testimony of a fifth person, the case was re-opened in January 2016 and the full extent of the abuse began to unfold, resulting in three further cases being identified.

After months of careful investigation and support from partner organisations including Coventry Children’s Services, the Coventry Rape and Sexual Abuse Centre (CRASAC) and the independent intermediaries appointed to support the child survivors, the defendants were brought to trial.

The leading investigator in the case went on to describe the Potts’ offences as “one of the worst cases of systematic and horrifying child sex abuse” they had ever seen.

Jurors were read emotional victim impact statements giving harrowing details of how the victims were “groomed and brainwashed” by their abusers.

One said the abuse had a “major impact” on her life and she felt she was “let down as a child” by the police, CPS and social services.

She also said she has suffered from “constant and daily panic attacks”, has post-traumatic stress disorder and has “reduced self-worth”.

Another victim said: “I want Antony to go to prison all his life so he can’t hurt anyone else.”

Investigating officer Det Sgt Rachel Gregory, from the force’s public protection unit, said: “This is one of the worst cases of systematic and horrifying child sexual abuse that I have ever seen.

“The investigation was complex and a lot of time and care was spent with the survivors in helping them to find the courage to talk about what happened to them and to ensure we could present the best possible evidence to the court, but also to make sure that their welfare was the primary consideration.

“I hope that the sentences handed to the defendants goes some way to help them rebuild their lives.”

Det Chief Insp Jo Floyd, the senior investigating officer, said: “All the children have been safeguarded and are receiving on-going support to help them come to terms with their abuse.

“I would urge anyone who has suffered any type of sexual abuse either currently or historically to get in touch with us. It is never too late for us to investigate this type of crime and we are determined to bring perpetrators to justice.

“Our officers are highly trained specialists in this field who work with a number of agencies and can offer support through the criminal process.”

Swift justice would be to eliminate them all from the face of the planet. Sadly, like much of what is taking place in England, the justice system has become so corrupt that all it can render is injustice no matter how disgusted the judge and jury are.