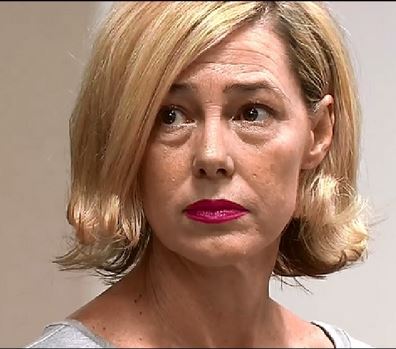 I found out only today, quite by accident while reading another article on the New York Post.

Claire Spellberg reports for Decider that Mary Kay Letourneau, the former Washington State school teacher who made headlines for her sexual relationship with a 12-year-old student, Vili Fualaau, had died on July 6, 2020, at the age of 58 from Stage 4 colon cancer.

Mary Kay Letourneau in 2014, when she was arrested for driving with a suspended license.

In the summer of 1996, 34-year-old Mary Kay Letourneau, who was married with four children, began a sexual relationship with Vili Fualaau, who was her student in second- and sixth-grade classes at Shorewood Elementary. Fualaau was just 12 or 13 at the time, but when they were caught in a minivan by authorities, Letourneau initially claimed the boy was 18. About two months after they were caught, Letourneau became pregnant with Fualaau’s child, and she gave birth to a daughter in May 1997, while awaiting sentencing.

In 1997, Letourneau pleaded guilty to two counts of felony second-degree rape of a child, and her sentence was reduced to six months. However, two weeks after she was released, Letourneau and Fualaau were caught having sex in a car, and her plea agreement was revoked. She was ultimately given a maximum sentence of seven-and-a-half years; eight months in, she gave birth to their second child.

One year after Letourneau was released from prison (she served from 1998 to 2004), she and Fualaau were officially married. After 15 years of marriage, they divorced in 2019.

Although Fualaau had denied being a victim of Letourneau’s pedophilia, according to People in May 2020, an unnamed source “close to Fualaau” said that after he separated from Letourneau, Fualaau “sees things clearly now, and realizes that this wasn’t a healthy relationship from the start.”

Read nore at Fellowship of the Minds