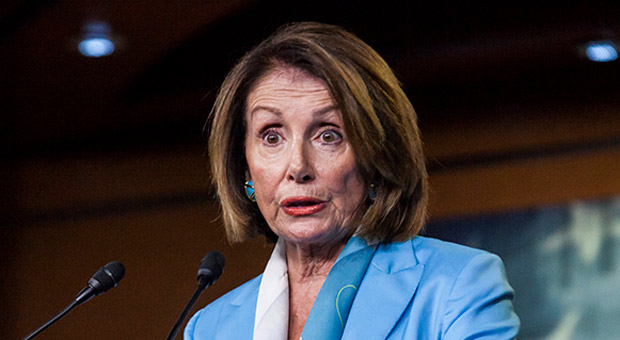 OK, so we know House Speaker Nancy Pelosi (D-CA) has not really supported impeachment like some of her Democrat colleagues have. So, this is not really anything new for people paying attention, but the fact that she claims that Democrats don’t have anything “compelling and overwhelming and bipartisan” to impeach President Donald Trump on is quite telling.

Of course, Pelosi is attempting to stave off some of the more unhinged Democrats such as Rashida Tlaib (D-MI), Ilhan Omar (D-MN) and Maxine Waters (D-CA).

Pelosi knows there is nothing coming in the Mueller report that people will actually get behind to impeach President Trump, and rightfully so. She also knows it will be bad politically for Democrats, adding that it would be “divisive to the country.”

Isn’t like these people haven’t been trying to divide us anyway, along with their friends in the corporate media.

Despite her claims, don’t look for her to stop rabid committee chairmen Jerrold Nadler or Adam Schiff. They simply refuse to accept the fact that there is no evidence for the witch hunt that has gone on for over two years now.

CNN will be right along with them too, as they can’t accept the truth either. They have told so many lies that they can no longer distinguish truth from lies.

The fact is that if our representatives actually followed the Constitution, there would be some things they could impeach President Trump over, but if they actually followed it, they would be implicating themselves to the same kind of impeachment, and they certainly aren’t going to do that, are they?

So, this has been nothing more than another episode, a long and expensive one at that, of WWE, but you can bet it will all be fodder come 2020 in that election cycle.