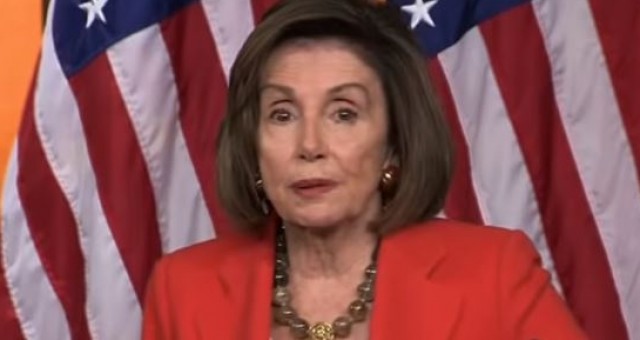 OPINION| Lawrence David| Speaker of the House Nancy Pelosi is a bald-faced liar. Speaking from the floor of the House of Representatives Pelosi lied in both form and substance when she declared that “nobody” comes to Congress to impeach a president.

Perhaps Pelosi thought this would lend an air of austerity to the sham politicization of the impeachment process. It didn’t.

Explain Rep. Rashida Tlaib (D-MI) making this statement before heading over to be sworn in as one of Congress’ first two Muslim congresswomen:

Tlaib: We’re going to go in there and impeach the motherf*cker.

As for Pelosi, who has emerged as the last defense of the swamp, let’s take a stroll down memory lane to a time before the 116th congress was sworn in.

Back in December 2018 (CTH) noted the significant House rule changes constructed by Nancy Pelosi for the 116th congress seemed specifically geared toward impeachment. {Go Deep} With the House going into a scheduled calendar recess, those rules are now being used to subvert historic processes and construct the articles of impeachment.

Pelosi, desperate to remove Trump or failing that, to prevent his re-election, has refused to advance any legislation that would help Americans lest it be seen as a win for Donald Trump.

USMCA and border protection and immigration control are examples of legislation that would pass with broad bi-partsian support because both would so obviously benefit the personal financial situation and safety of the vast majority of Americans.

Instead, Pelosi came in with a singular focus. That is to destroy President Trump.

The Speaker is risking the complete devastation of not just her own political career, but of that of her entire caucus. What is she so desperate to keep hidden?

…Justin case you thought we’d forgotten about you.

This article originally appeared at Illicit Info OPINION Blog and was republished with permission.
*Some edits were made.
Scroll down to leave a comment!Join us at SPREELY if you want REAL NEWS without the leftist censorship!Dean James at Right Wing Tribune