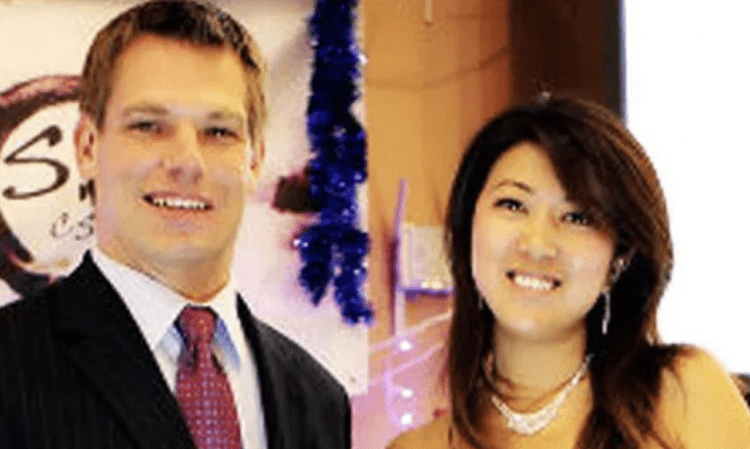 “A nation can survive its fools, and even the ambitious. But it cannot survive treason from within. An enemy at the gates is less formidable, for he is known and carries his banner openly. But the traitor moves amongst those within the gate freely, his sly whispers rustling through all the alleys, heard in the very halls of government itself. For the traitor appears not a traitor; he speaks in accents familiar to his victims, and he wears their face and their arguments, he appeals to the baseness that lies deep in the hearts of all men. He rots the soul of a nation, he works secretly and unknown in the night to undermine the pillars of the city, he infects the body politic so that it can no longer resist. A murderer is less to fear. The traitor is the plague.” ~ Marcus Tullius Cicero

If this is not the definition of treason, I don’t know what is. House Speaker Nancy Pelosi has just re-appointed Rep. Eric Swalwell (CA) to the House Committee on Homeland Security despite his involvement with a Chinese honeypot spy.

WASHINGTON, DC – House Speaker Nancy Pelosi has re-appointed Rep. Eric Swalwell (CA-15) to the House Committee on Homeland Security, on which he served in the 113th Congress.

Top Biotech Stock Here!
This company is on its way to being a MARKET LEADER in…

Swalwell intends to continue serving on the House Permanent Select Committee on Intelligence, where he has chaired the Intelligence Modernization and Readiness Subcommittee, as well as on the House Judiciary Committee. He also co-chairs the House Democratic Steering and Policy Committee.

We previously reported on the spy and Swalwell.

A Chinese spy operating in the Bay Area during the Obama administration got so close to Rep. Eric Swalwell (D-CA) that the FBI had to intervene and provide him with a defensive briefing.

The Chinese spy bundled campaign contributions for California Rep. Eric Swalwell and planted an intern in the Democrat’s congressional office, according to a new report.

At the time, many were calling for this traitor to be removed or step down. Didn’t happen. He simply got promoted, again.

Shown here: Eric Swalwell posing for a picture with his Chinese communist spy girlfriend. He needs to step down from House Intel until we find out what kind of blackmail material the Chinese communists have on him. pic.twitter.com/DQY5JLk91P

Eric Swalwell should not serve on the House Intel Committee. https://t.co/2q6vTJhM0T

It was used to attack the one leader who wasn't owned by them.

Not to mention the country was focused on a once but now waning superpower instead of the threat, China. https://t.co/fQu7keL82y

Axios reported at the time:

A suspected Chinese intelligence operative developed extensive ties with local and national politicians, including a U.S. congressman, in what U.S. officials believe was a political intelligence operation run by China’s main civilian spy agency between 2011 and 2015, Axios found in a yearlong investigation.

Why it matters: The alleged operation offers a rare window into how Beijing has tried to gain access to and influence U.S. political circles.

The woman at the center of the operation, a Chinese national named Fang Fang or Christine Fang, targeted up-and-coming local politicians in the Bay Area and across the country who had the potential to make it big on the national stage.

Among the most significant targets of Fang’s efforts was Rep. Eric Swalwell (D-Calif.).