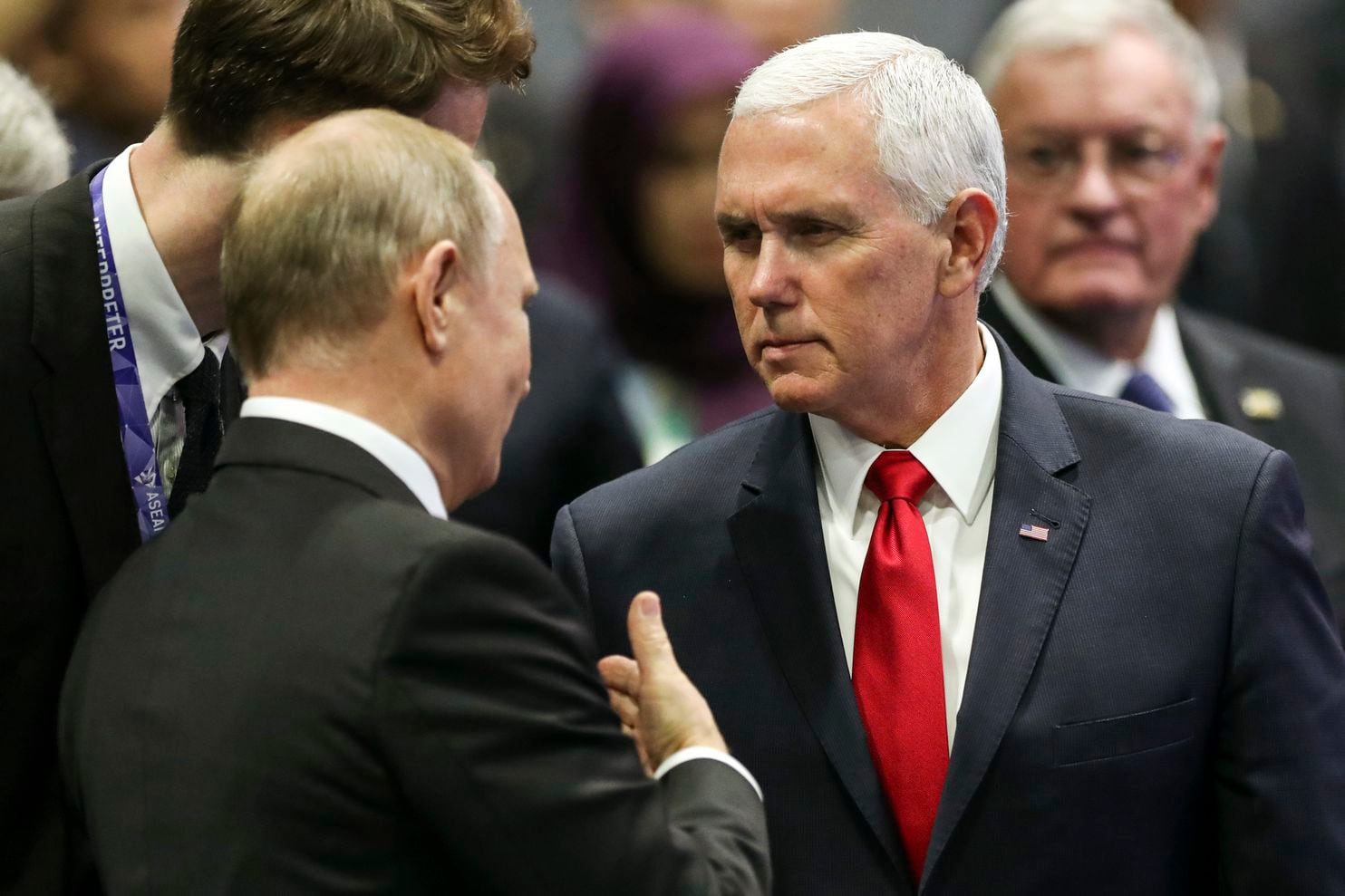 Reports indicated yesterday that Vice President Mike Pence was forced to cancel his event in New Hampshire to deal with an undisclosed “situation” in Washington, DC.

No one has really come forward and said what took place that caused the abrupt changes in schedules for VP Pence, nor the cancelling of a scheduled meeting that Russian President Vladimir Putin was to attend.

So, while speculations have arisen that Iran may have carried out an underground nuclear test or that there was a health-related emergency to the president, nothing is substantial.

In fact, according to Marc Short, Pence’s chief of staff, it could be some time, possibly weeks, before the American people are informed of what took place.

Press: Can you tell us what what happened? Why cancel New Hampshire trip?

Marc Short, who was with Pence when VP was called back to WH: “There will be more later.”

Pence was scheduled to be in New Hampshire to meet with former patients and alumni at the Granite Recovery Center HQ before delivering remarks about the opioid crisis.

Happening Today:
– @VP Mike Pence will travel to New Hampshire to meet with former patients and alumni at the Granite Recovery Center HQ before delivering remarks about the opioid crisis
– Senator Bernie Sanders to reveal Q2 fundraising at 10am EST #2020Election @OANN

Of course, we are told there is no cause for alarm.

I am told that @VP Pence's New Hampshire opiod event was cancelled because something came up and he had to be back at the White House. Official says it is not a cause for alarm.

But the White House isn’t addressing it.

Some had said that Pence had landed in New Hampshire while others reported that his flight was turned around in the air, but it was later confirmed that he never left DC.

Something came up that required the @VP to remain in Washington, DC. It’s no cause for alarm. He looks forward to rescheduling the trip to New Hampshire very soon.

Pence’s office confirms Air Force Two never actually left Washington. He was scheduled to attend an event on opioids in New Hampshire today. Officials aren’t saying why it was canceled, but said it’s not cause for concern. https://t.co/2BgYMoyJEF

This seems to be an indication that the Putin issue and the Pence issue are unrelated, but that is yet to be known.

We know that Putin was meeting with his defense minister concerning the fire aboard the Losharik, a deep submersible, that killed 14 Russian seamen.

At least 14 Russian Navy servicemen have died after a scientific deep submersible caught fire while on a mission, Russia’s Defense Ministry has said. The cause of the incident is still unknown.

A deep-water research vehicle belonging to the Russian Navy was conducting a bathymetric measurement operation in Russian territorial waters when a fire broke out on board, the ministry’s statement said.

The incident claimed the lives of 14 seamen, who were suffocated by smoke. Despite this, the crew managed to extinguish the flames.

Putin is sending his defense minister to visit Severomorsk, the home of a Russian Navy base that housed the Losharik, following Tuesday’s submarine accident. And in what will come as a relief to everybody who feared Russia might be on the brink of “Chernobyl 2”, Norwegian officials reported that they have discovered no unusual levels of radiation near the accident.

No abnormal levels of radiation detected following #Russia #nuclear sub accident, according to officials in #Norway.

Finally, in another apparent coincidence, there were gunshots that were confirmed at the Pease Air National Guard base in Portsmouth, New Hampshire. Those are also being investigated, but it’s believed that that incident had nothing to do with Vice President Pence.

I guess there will just be speculation over all of this till the government decides how to spoon feed the American peoplewhat really is going on.