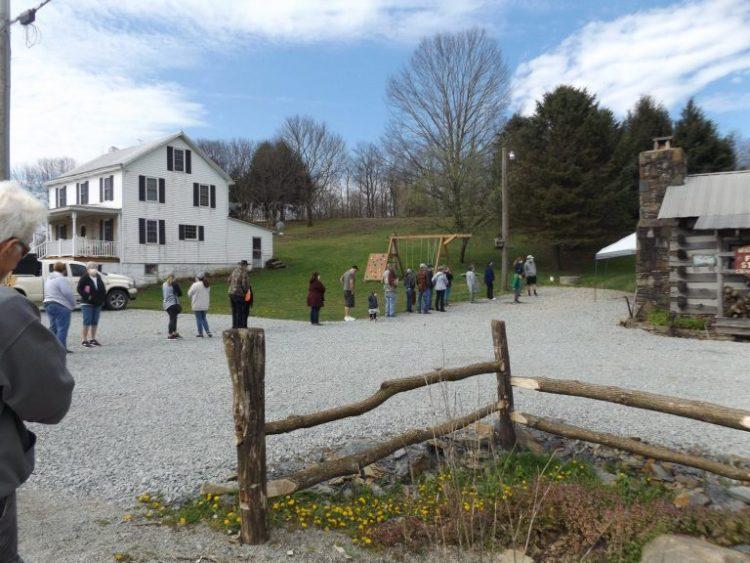 There’s nothing like farm fresh non-pastuerized milk. While many governments have overstepped their authority in an attempt to outlaw things that are natural and good for us, many still ignore them to seek a better way of life than one run by corporate interests. So, when a 300-year-old cream-line dairy farm was told by their processor that they would no longer be buying their milk and were told to dump it, the farmer worked around the clock and bottled it himself and sold out in just a few hours to locals in his area.

While this is not raw milk, it is their creamline milk.

Return To Now has the story:

When Ben Brown’s dairy processor told him they could no longer buy his milk, he got to work bottling it himself.

He sells some of it at his on-site farm store, but a large portion of it used to be sold to a dairy processor who pasteurized and bottled it for local restaurants and markets.

When he realized he would have to dump hundreds of gallons of milk each week until his 70 milking cows dried up, he couldn’t bear it.

So he got to work, literally around the clock, pasteurizing it in small batches in his 30-gallon vat and bottling it up.

Check out the line of cars to purchase their products!

As many of you know, all the excess milk we do not bottle is shipped to SCHNEIDER’S in Pittsburgh PA. They have just contacted us and told us they WILL NOT be picking up our milk on Wednesday or Friday. (They pick up our milk every other day) that means they are asking us to DUMP DOWN THE DRAIN a total of…

We are totally disgusted by this kind of waste.
(We also do not get paid for the dumped milk obviously)

We can only pasteurize and bottle 30 gallons at a time, but we are going to work around the clock to try and bottle as much as we can this week. We are REALLY going to try to not waste a drop!

OPEN UP OUR FARM STORE on Wednesday now too! It might just be for this Wednesday or until further notice. At this time we are not sure of the timeline.

According to a local report at TribLive:

“The farm store wasn’t supposed to open for another hour at noon, but Mary Beth called to tell me people were already lining up outside the door wanting to buy our milk. It was really nice,” Brown said.

“I told her, ‘We better open up the store right now,’ ” Brown said.

Brown said he was nervous because the Whoa Nellie Dairy along Bear Rocks Road, just beyond the Westmoreland County border in Bullskin Township, already had been dealt a blow Saturday when its longtime milk buyer, Schneider Dairy in the South Hills of Pittsburgh, said it did not have the usual market this week to sell the milk produced on the Browns’ 500-acre dairy farm.

“We have 200 cows, and 70 currently produce milk. What we don’t sell in the farm store, (Schneider’s) comes out and purchases what’s left over every other day. This runs through Sunday, so who knows what will happen,” Brown said.

“We’re talking about 12 milkings we would have to dump. … I just don’t want to do that,” Brown said.

Schneider Dairy did not immediately respond to calls Tuesday.

Brown said he and Mary Beth purchased the farm four years ago from Ben’s parents. He admitted the family is barely able to scrape by, and Saturday’s news was “tough” to take, putting him on edge.

Things have been so good, they are bottling their own chocolate and strawberry milk and all the milk is selling out like hotcakes, according to their Facebook page. 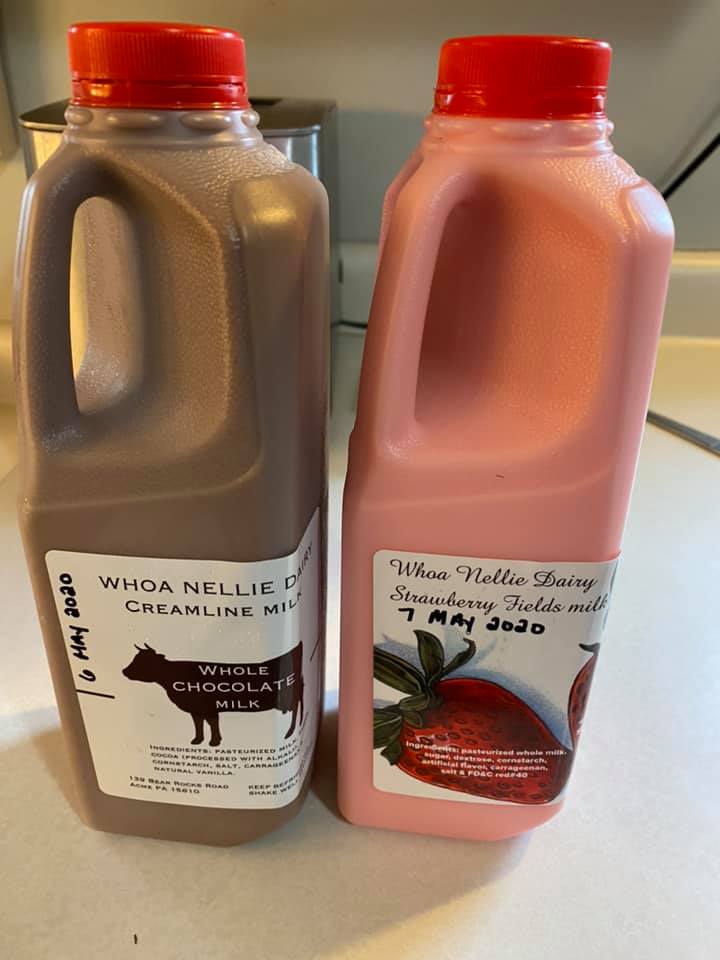 Not only are they selling out, but they are receiving donations so that milk can be provided to needy families. Take a look.

Whoa Nellie Dairy issued a public statement to “clear some things up” about all that had taken place.

3 years ago when we started to bottle our own milk the current milk company we were with at the time didn’t allow that. So we had 28 days to find a new milk company.

SCHNEIDER’S DAIRY stepped up and not only agreed to pick up our milk, but supported our dream of starting our own bottling operation.
We will forever be grateful for that.

We have and will continue to ask people to support them. That’s why we carry a large variety of their products in our store. I get asked several times a week if someone carries our milk anywhere in Pittsburgh. I say “no, but please support SCHNEIDER’S and buy their products because you will be supporting us and a local company”

We discovered today that people are thinking that SCHNEIDER’S is the only company asking farmers to dump milk. There are other milk companies following suit all over the United States.

Our mission was not to waste and we stand by that. We started the campaign to operate 24 hour shifts to try and bottle everything so nothing is wasted. We knew we’d have to dig in and work hard and pray that the milk sold.

We only have a 30 gallon vat, so we can only pasteurize 30 gallons at a time and that process takes about 3 hours.

I’ve been an advocate for supporting all local farms and local milk companies for a long time and those of you that have followed us from the beginning have seen that.

Thank You for supporting PA milk!

Congratulations, guys! You just cut out the middle man and are truly a benefit to your community!