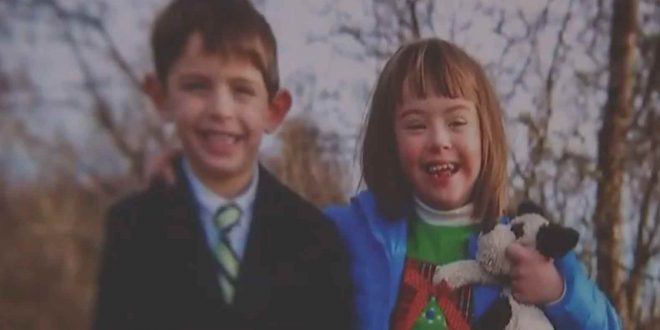 Tredyffrin Township, PA — In this day and age, threats of violence against schools, students, churches, or individuals is not and should not be tolerated. Before murdering more than a dozen people at his former high school in Parkland, Florida, Nikolas Cruz threatened to kill people multiple times, even stating that “I’m going to be a professional school shooter.” Had his threats been investigated, those children and teachers may still be alive. Anyone who who makes threats like his should be taken seriously and the police should act immediately.

But when should a threat not be taken seriously? How about when a 6-year-old girl with Down syndrome points her finger at a teacher and pretends to shoot? That’s when.

Unfortunately for Maggie Gaines the mother of 6-year-old Margo, who is a student at Valley Forge Elementary School, her school did take it seriously and now her daughter has her name in a police report.

According to Gaines, Margo became frustrated in class last November and made a gesture with her hand that looked like a “gun.” This gesture then set off a series of events that ended with a 6-year-old with Down syndrome having a police report on file.

Tredyffrin-Easttown School District says they had no other choice but to report the little girl to police and now Margo’s mom is fighting back.

“They get this phone call and I was fine with everything up until calling the police,” Gaines said. “And I said, ‘You absolutely do not have to call the police. You know, this is ridiculous.’”

After making her finger into the shape of a gun, Margo was sent to the principal’s office where it was determined no one was in harm’s way.

“My daughter got frustrated and pointed her finger at her teacher and said, ‘I shoot you,’” Gaines said. “At that point, they went to the principal’s office and it was quickly assessed that she didn’t even really know what she was saying.”

Despite knowing no one was truly threatened, Margo’s actions were labelled as a transient threat and the police were called—for a 6-year-old girl with Down syndrome.

“They were asking her questions, and she was saying, ‘Oh, I shoot mommy,’ laughs, or, ‘I shoot my brother.’ The principal asked, ‘Did you mean to hurt your teacher?’ And she said no and it seemed like she didn’t even know what that meant,” Gaines stated.

As CBS Philly points out, even though police sources confirm it is a confidential record, Gaines fears potential ramifications for her daughter.

“She really didn’t understand what she was saying, and having Down syndrome is one aspect, but I’m sure all 6-year-olds don’t really know what that means,” Gaines said. “Now, there is a record at the police that says she made a threat to her teacher.”

After remaining silent about the decision to involve cops in her 6-year-old daughter’s finger pointing incident for two months, Gaines is now appealing to the school board to amend its policy. She has the support of at least one lawmaker as well.

“As a state senator, an educator, and a parent, I am concerned when I hear that such important decisions appear to be guided blindly by written policy or legal interpretation without those in positions of authority using their judgment, experience, and commonsense to weigh in. Furthermore, I am alarmed that a school seems to be acting as an extension of the police department in promulgating data and records on children as young as kindergartners,” Pennsylvania state Sen. Andrew Dinniman, who was contacted by the Gaines family, said in a statement.

After the incident went public, the school board then agreed to review the policy. They released a statement, saying in part:

“When an individual parent concern related to our school safety practices was brought to the attention of the District two weeks ago, we agreed to review those practices in the School Board Policy Committee meeting tonight. When developing the current practice, the District worked collaboratively with parents, law enforcement and private safety/mental health agencies and legal consultants to ensure our safety measures reflected considerable input from both our local community and experts in the field of school safety.”

As TFTP reported in 2018, Broward County Sheriff Scott Israel admitted that there were at least “20 calls for services in the last few years” regarding Nikolas Cruz and his threats to literally kill students. All of those threats were ignored. Had priority been devoted to these threats, lives could’ve been saved. No one is safer, however, when police resources are delegated to little 6-year-old girls who point their fingers at teachers.