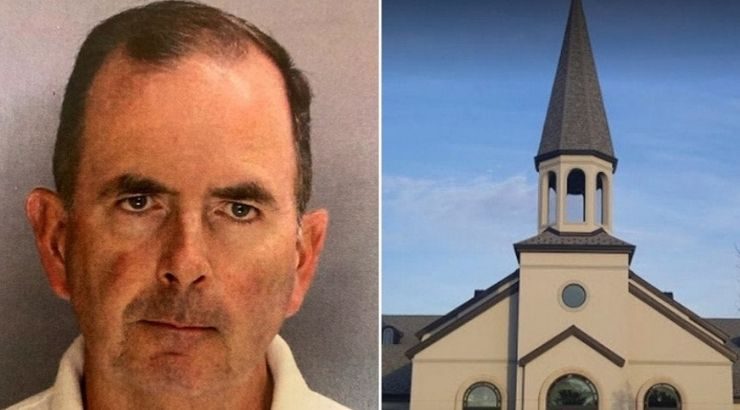 But there were false prophets also among the people, even as there shall be false teachers among you, who privily shall bring in damnable heresies, even denying the Lord that bought them, and bring upon themselves swift destruction. And many shall follow their pernicious ways; by reason of whom the way of truth shall be evil spoken of. And through covetousness shall they with feigned words make merchandise of you: whose judgment now of a long time lingereth not, and their damnationslumbereth not…. Having eyes full of adultery, and that cannot cease from sin; beguiling unstable souls: an heart they have exercised with covetous practices; cursed children:Which have forsaken the right way, and are gone astray, following the way of Balaam the son of Bosor, who loved the wages of unrighteousness;” -2 Peter 2:1-3, 14-15

False teachers and prophets are nothing new. God said that He sent them among his people to test them to see if they loved Him or the man who proclaimed lies in His name (Deuteronomy 13:3). They were also distinguished by two things: They preformed their role as false teachers and prophets for money and sex. Such appears to be the case with Monsignor Joseph McLoone, a Roman Catholic priest, who stole nearly $100,000 from Church donations and used it to fund dates he obtained with other men he met on Grindr and a beach house.

According to an affidavit of probable cause filed in the case, Chester County detectives began investigating McLoone more than a year ago. He had been with the church since 2010, and the Archdiocese of Philadelphia conducted their own internal investigation of McLoone in 2017.

Investigators claim that McLoone opened a secret checking account in 2011 and diverted parishioner donations into that account and misappropriated other church funds undetected for the next seven years.

According to prosecutors, McLoone used the funds to pay for dinners, travel, and a beach home in Ocean City, New Jersey.

Investigators say that when he was confronted by the Archdiocese of Philadelphia about the money, he also admitted to paying for “personal relationships” with other men with the church funds. According to the police complaint filed in court, McLoone sent thousands of dollars to men he met on the social networking app Grindr using online payment methods such as Square and J-Pay.

It is also alleged that he spent over $3,000 of the church’s money to pay off personal credit card bills.

According to court filings, these payments include a $1,200 transfer to an inmate in a New York correctional facility.

In addition to the transfer made to the prisoner, McLoone also sent 17 separate payments to other men he met online, spending an additional $1,720 in donated funds.

“Father McLoone held a position of leadership and his parishioners trusted him to properly handle their generous donations to the church,” said an official from the Chester County D.A.’s office in a statement. “Father McLoone violated the trust of the members of St. Joseph for his own personal gain.”

McLoone, 58, is facing 18 charges, including multiple counts of felony theft. Apparently, Philadelphia doesn’t pursue criminal charges for crimes against nature. If I were parents of young boys in that church, I’d be questioning whether McLoone was sexually abusing little boys there too.

He was arrested a week ago Monday, but is already out on bail.

“These charges are serious and disturbing,” said Kenneth Gavin, chief communications officer for the Archdiocese of Philadelphia, in an emailed statement to Philly Mag. “The Archdiocese and the parish will continue to cooperate with law enforcement as the criminal matter enters its next phase. Pending the outcome, Monsignor McLoone remains on administrative leave. Information regarding his arrest will be shared with the Saint Joseph Parish community.”

Let’s see if the RCC will attempt to sweep this one under the rug the way they have attempted to deal with sodomite priests in their midst in times past.