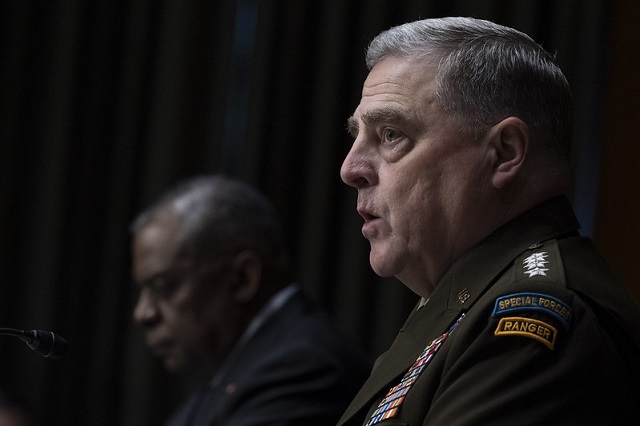 The Biden regime’s final act in Afghanistan was to drone-strike 10 innocent Afghan civilians, 7 of whom were children, then lie about it and claim they killed “ISIS-K” fighters who had bombs in their car.

From Zero Hedge, ” ‘It Was A Mistake’: Pentagon Admits Biden Killed Up To 10 Innocent Civilians In Kabul Drone Strike”:

Less than one week after the New York Times presented comprehensive evidence that the Biden administration murdered an entire family of civilians in an August 29 drone strike in Kabul, the Pentagon is apologizing.

“It was a mistake, and I offer my sincere apology,” said Centcom commander Gen. Kenneth McKenzie, who said they failed to hit a suspected Islamic State militant and instead droned the family of a US NGO aid worker, Zemari Ahmadi, killing seven children and three adults.

“This strike was taken in the earnest belief that it would prevent an imminent threat to our forces in the evacuees at the airport, but it was a mistake. And I offer my sincere apology. As the combatant commander. I am fully responsible for the strike in this tragic outcome.”

As we noted last week, the Times revealed that “Military officials said they did not know the identity of the car’s driver when the drone fired, but deemed him suspicious because of how they interpreted his activities that day, saying that he possibly visited an ISIS safe house and, at one point, loaded what they thought could be explosives into the car.”

The same people lecturing us about the evils of “white rage” just picked some civilians at random to bomb in order to distract from the terrible news coverage they were receiving.

While these type of poll-number-driven strikes are par for the course, what made this case so different was that despite the majority of the media just parroting the Pentagon’s claim they killed “ISIS-K” fighters, a reporter went and spoke with the family and revealed how they mainly just killed a bunch of children.

The New York Times actually went and investigated it themselves (likely just to punish Biden for pulling out of Afghanistan) and confirmed the strike killed 10 innocents and the “secondary explosions” narrative was a lie.