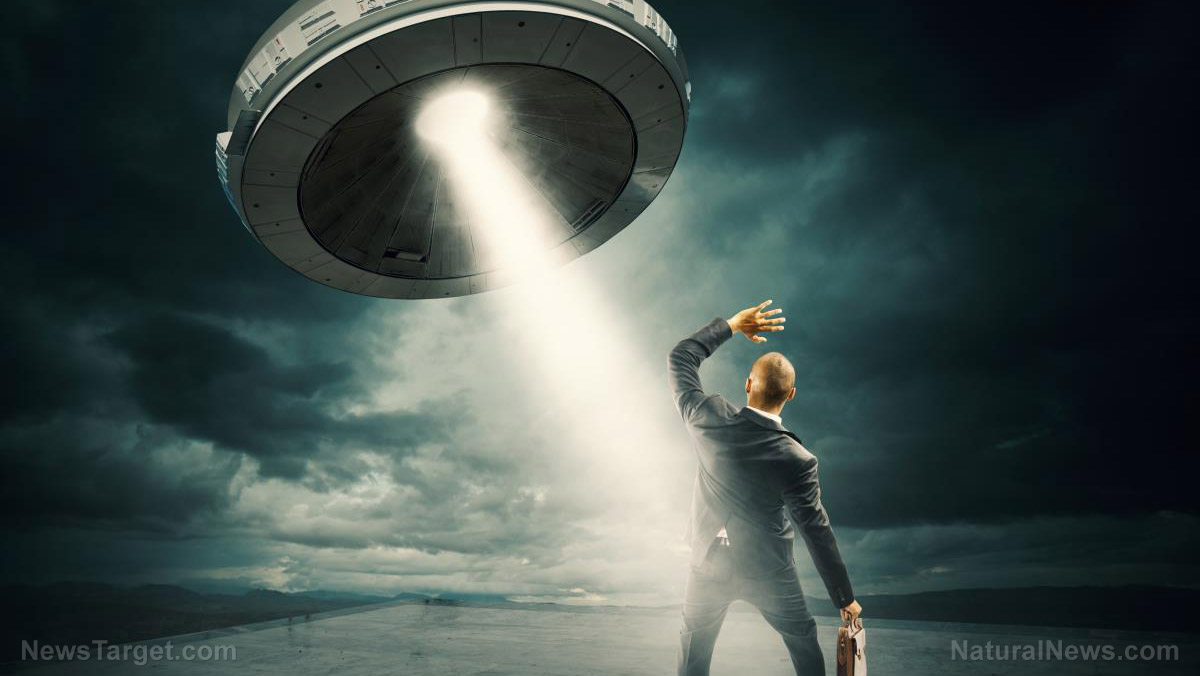 (Natural News) The Department of Defense is keeping footage showing two car-sized balls of light taken from the deck of a U.S. warship.

The bizarre sighting, which has been marked as classified by Pentagon officials, was captured by the crew aboard the USS Kearsarge, a Wasp-class Landing Helicopter Dock (LHD) amphibious assault ship built for the U.S. Navy.

Sources described the phenomenon as “balls of light” following around half a mile behind the ship and around 200 feet above the ocean in October 2021.

Dave C. Beaty, the documentary producer behind the 2019 film “The Nimitz Encounters,” which talks about the famous 2004 U.S. Navy encounter with a “Tic Tac” object, claims to have knowledge of the video.

Beaty told the Sun that the U.S. Marines on board the USS Kearsarge filed a report to the Pentagon, which is now allegedly keeping the video under wraps.

While the official position of the U.S. military is that it is improbable to present evidence of contact with aliens, one newly declassified document disclosed strange physical side effects from contact with unidentified flying objects (UFOs) – hinting that aliens possibly exist and that they could pose a danger to humans.

It contains testimony from people who have seen or come in contact with UFOs and later reported a large number of physical illnesses, including headaches, temporary paralysis and what appear to be radiation burns.

The U.S. Navy has admitted to having a top-secret video and slides from the USS Nimitz encounter in 2004. The information however will not be released as it could cause “grave damage” to national security.

Researcher Christian Lambright submitted a Freedom of Information Act (FOIA) request to the U.S. Navy’s Office of Naval Intelligence for files relating to the 2004 sighting. It happens as the U.S. military starts to open up about the mysterious phenomenon, which is now being openly debated by military insiders and politicians.

The U.S. Navy has formally updated its UFO reporting guidelines since 2019. It is understood that a message to the fleet was delivered elaborating these latest instructions and procedures. Documents issued recently explained the change, telling the U.S. Navy’s press office clearly not to use the term UFO.

“The latter term is intrinsically linked to the concept of extraterrestrials and the associated hysteria generated by the media that cover this topic,” a document reads. This gives birth to the term unidentified aerial phenomena (UAP). The UAP report issued last summer said that “efforts are underway the standardize incident reporting across the U.S. military services and other government agencies.”

UAP reports continue to be filed as classified

It is assumed that UAP reports will continue to be filed as classified. Ufologists are calling for more openness in the investigation of the topic, including opening up the files so they can be examined by civilian scientists.

Beaty had earlier revealed deck logs that confirmed a UFO encounter by the USS Kidd when the American destroyer was swarmed by at least four UAPs in July 2019.

And there has been a significant change in current years, after the shocking trio of U.S. Navy UFO videos named the Gimbal, Go Fast and Tic Tac. The videos triggered a new and more mainstream interest in UFOs.

U.S. officials have now established a new office in the Pentagon that serves as the official reporting structure for UFO encounters – the Unidentified Aerial Phenomena Task Force (UAPTF). (Related: Experts clarify the role of the Pentagon’s newest UFO task force.)

It came after a historic report on the subject was issued last summer that confirmed dozens of unexplained encounters with UAPs.

Defense insiders, intelligence officials, senators and former presidents have all gone on record acknowledging there is an unexplained thing appearing in the skies.

Follow Unexplained.news to know more about UFOs or UAPs.

Watch the video below about the Pentagon’s confirmation that UFOs do exist.

This video is from the END TIME NEWS channel on Brighteon.com.

Secret documents show Pentagon investigated how to communicate with a possible 4,590 space civilizations.

The Pentagon ADMITS to investigating UFOs to assess “potential threats to national security.”