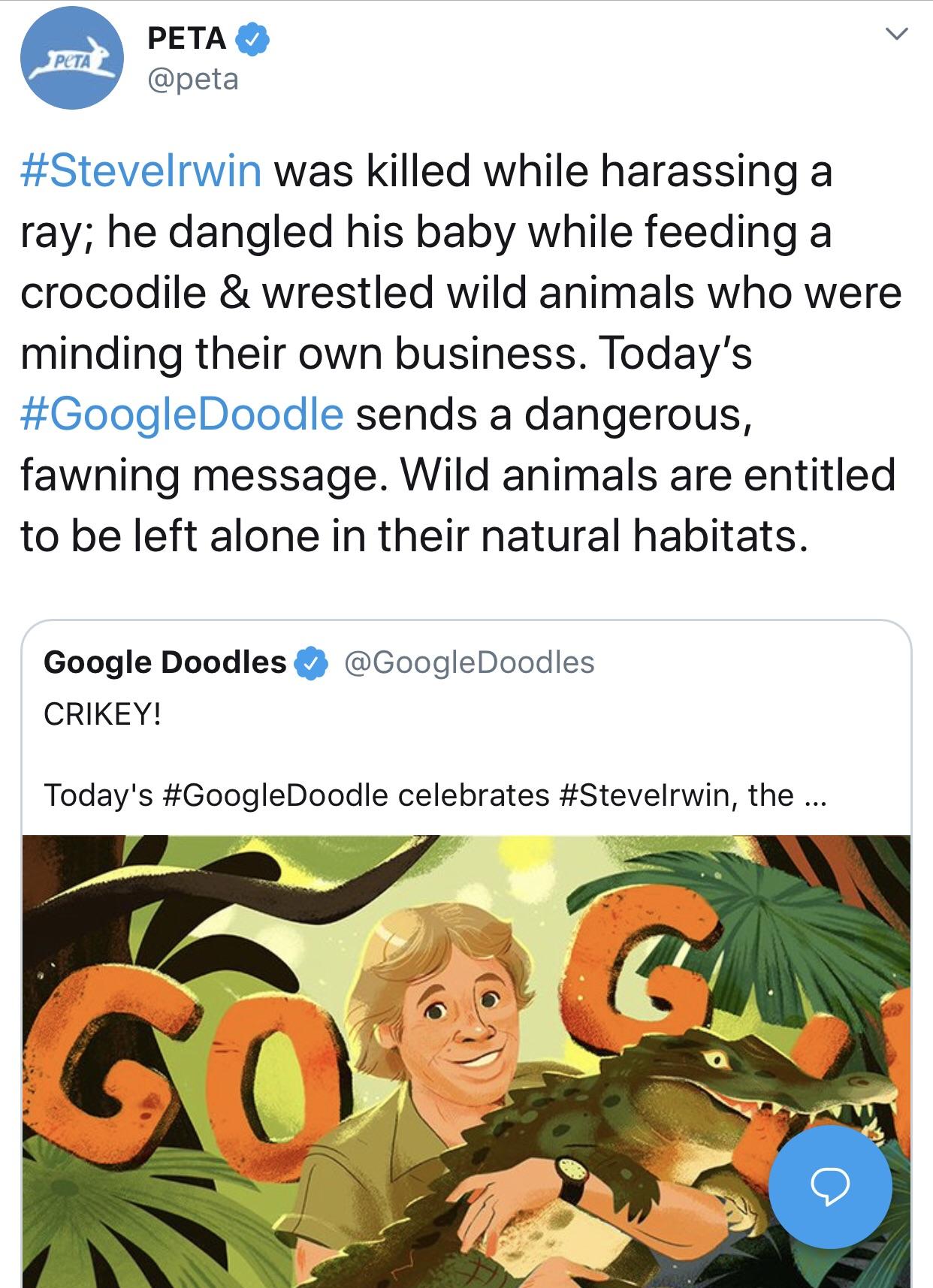 Animal rights charity PETA are facing a major public backlash from the internet after they posted a tweet condemning the late Steve Irwin who was honored in a ‘Google Doodle’ over the weekend on what would have been his 57th birthday.

PETA’s tweet read: ” #SteveIrwin was killed while harassing a ray; he dangled his baby while feeding a crocodile & wrestled wild animals who were minding their own business. Today’s #GoogleDoodle sends a dangerous, fawning message. Wild animals are entitled to be left alone in their natural habitats.”

And followed with ” It is harassment to drag exotic animals, including babies taken from their mothers, around from TV talk shows to conferences & force them to perform as Steve Irwin did. Animals deserve to live as they want to, not as humans demand––the #GoogleDoodle should represent that.”

Fans of the late ‘crocodile hunter’ took to twitter to condemn the slurs with one commentator responding ” Steve Irwin and his family reclaim land for animals and run a massive wildlife rescue. His life mission was to save animals and educate people about them. I’m one of many vegetarians who rip out their hair when @peta weighs in. Shame on you.”

Steve Irwin was killed in 2006 when he was attacked by a Stingray during filming. His family have continued his legacy and have taken on much of his wildlife advocacy and conservation work as well as appearing on their own television show ‘Crikey! It’s the Irwins’.

This is far from the first time PETA have courted controversy, in 2018 PETA proposed new expressions to remove ‘anti-animal language’ such as changing ‘bring home the bacon’ to ‘bring home the bagels’. They have also compared artificial insemination to rape and said that taking other animals eggs is akin to denying women reproductive rights.

Joe Markham is a contributor to The Schpiel.