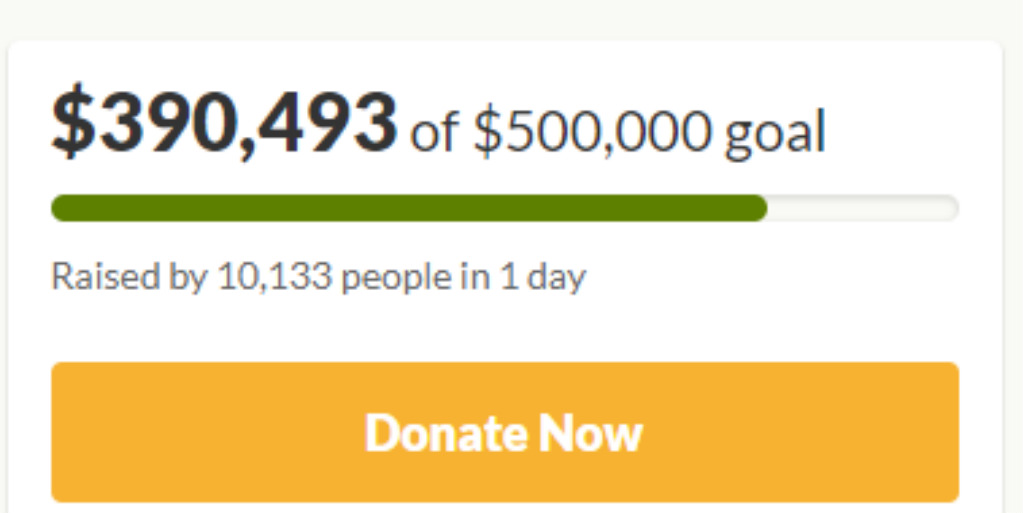 Peter Strzok was fired last Friday from his FBI post.

The news broke Monday and it didn’t take much time to supplement his lost income.

In true liberal-victim fashion “Friends Of Special Agent Peter Strzok” set up a GoFundMe page and in approximately 36 hours the fundraiser has raised $390,493 (and climbing). Donations are coming in quickly.

Here is a brief quote from the fundraiser:

Peter Strzok, a man who has spent his entire life working to help keep us and our nation safe, has been fired. He needs your help.

For the last year, Pete, his work, and his character have been the target of highly politicized attacks, including frequent slanderous statements from President Trump, who actively—and apparently successfully—pressured FBI officials to fire Pete.

But evidently a lot of Trump-hating leftists are begging Strzok to take their money. Almost 400K is a lot of money.

The fundraiser has had some help.

It is now “trending” on GoFundMe, thanks in large part to the mainstream media who has made sure America knows about this poor victim.

Who says sending anti-Trump texts to your girlfriend doesn’t pay?

Sure, such texts cost Peter Strzok his 22-year career with the FBI, but they also seem to have garnered the disgraced former agent a lot of support – enough to raise more than $325,000 for his legal expenses in one day on a GoFundMe page.

The page, launched Monday by “Friends Of Special Agent Peter Strzok,” initially sought $150,000 to be “put into a trust dedicated to covering Pete’s hefty – and growing – legal costs and his lost income.”

But that sum was reached quickly and the target amount was later raised to $350,000.

Why not? He’s already made about 2 years salary off this fundraiser. If the goal keeps rising he may never have to work again.

How stupid is the American public to send this much money to Peter Strzok?

Is there no common sense left in America?

This story was forwarded to me by Dr. Eowyn, who had her conservative site taken down by wordpress yesterday, without notice. If anyone needs a donation it would be her.

The total has now risen higher and is still climbing, but notice the word “allegedly” that Dr. Eowyn uses.

Do you doubt for a minute that there would be fake donations happening in order to play along with the mainstream media’s leftist agenda?

If you doubt that this COULD be happening then you are either severely brainwashed or simply not paying attention.