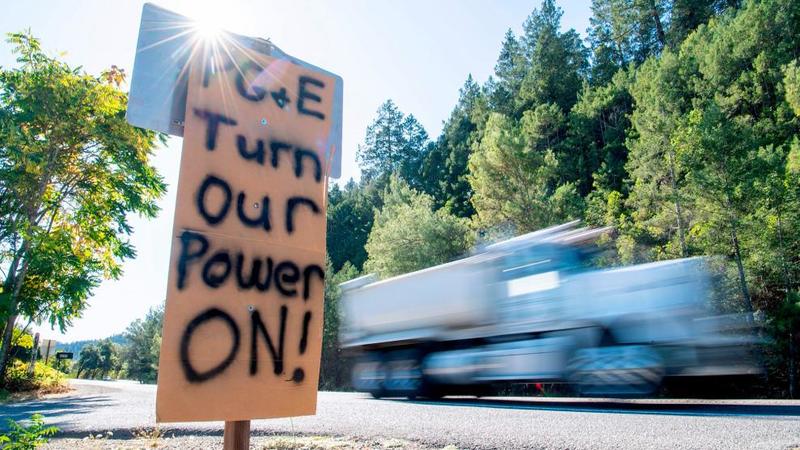 Californians trying to justify living in the Golden State might be updating their pro/con list by occasional candlelight for up to a decade, according to PG&E.

On Friday, the state’s largest utility announced that intentional power outages aimed at preventing wildfires may continue for up to a decade.

CEO Bill Johnson later clarified during a Friday meeting of the California Public Utilities Commission, saying “I didn’t mean to say we’d be doing it on this scale for 10 years. I think they’ll decrease in size and scope every year.”

Any of PG&E’s 5 million electric customers can be affected by the practice known as Public Safety Power Shutoff (PSPS), which cuts electricity to avoid causing fires during high winds and dry conditions.

California Public Utilities Commission said it held the emergency meeting specifically to hear from PG&E’s executives regarding “the mistakes and operational gaps identified in the utility’s latest Public Safety Power Shut-off (PSPS) events and to provide lessons learned to ensure they are not repeated.” –CNN

Last week nearly 800,000 Californians lost power after PG&E shut it off to lower the risk of wildfires caused by the company’s equipment. The outage cost the city of San Jose at least half a million dollars, according to the mayor.

According to PG&E, however, “dealing with wildfires is the new abnormal within California.”

The utility faced harsh comments during Friday’s meeting, with Public Utilities Commission President Marybel Batjer saying she was “astonished” at PG&E’s lack of modern technology and services – citing the fact that even their website crashed during the shutdown.

“This is not hard,” Batjer told PG&E execs. “You guys have failed on so many levels on pretty simple stuff. You need to get there now. Not at the end of the year. Now.”

In response to a Monday demand from California Governor Gavin Newsom that the company reimburse those affected by the shutoffs, PG&E wrote:

We understand that shutting off power is an extreme measure that disrupts lives, and we certainly recognize that there are areas of our operations and communications which we must improve. I do believe our decision to execute this PSPS for the safety of our customers and the communities we are privileged to serve was the right decision.