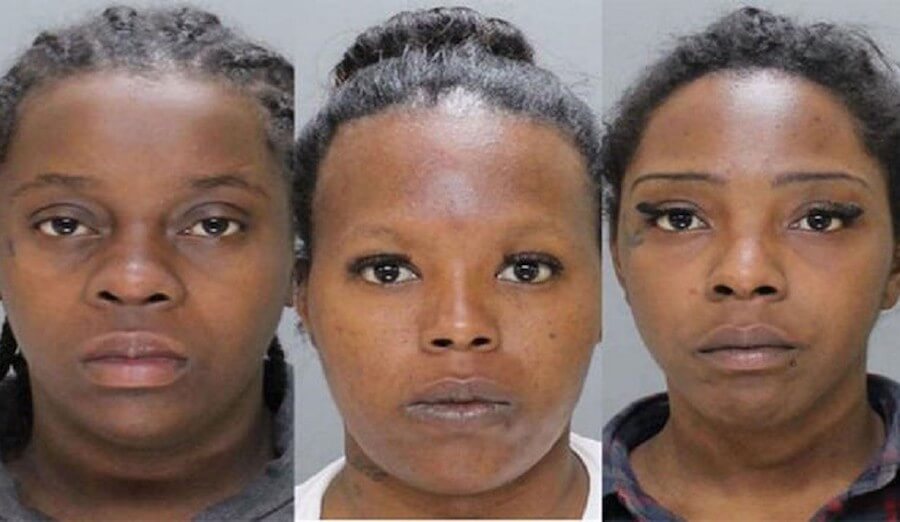 Black culture is in big trouble in America, and we can blame the media and their Democrat controllers for pushing this “hate whitey” nonsense.

3 Black women beat a white homeless man to death for alleged racial slurs toward one of their children.

The child later admitted that the story was fabricated.

“Three Philadelphia women have been sentenced to more than a decade in prison for their involvement in the beating death of a homeless man.

Surveillance video caught the brutal attack in 2015 that eventually led to the man’s death.

It happened at a gas station in Olney.

Police say one of the suspects’ sons told her that the homeless man hit him and called him racial slurs.

She decided to retaliate, bringing along several friends and family members.

The son later told his mother that he made the story up.”

So blacks have become so “traumatized” by racial slurs that they cannot control themselves and feel justified in murdering the offender. Of course, the son who made the false accusation against the White man should be charged with accessory to commit murder, but don’t expect that to happen anytime soon.

The media won’t cover this story in any meaningful way because it is an unmistakable example of a black-on-white hate crime, and instead of only 10 years, these “women” should be getting 30 years minimum.

These are the results of the race war that the liberals are fueling.

What would you have done in this situation?

Would you have gathered up your posse and gone to beat a homeless man to death?

Do we kill everyone that wrongs us?

Not in a civilized society.

These women will have plenty of time to think about their racism in prison it would seem.

Let’s pray for the victim and also for the 3 women.

We pray that they let go of their hate and re-enter society with a new, more positive, perspective.