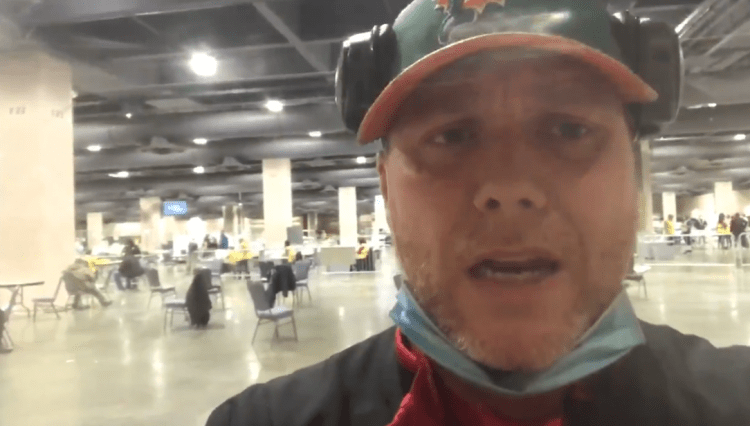 Some have said we needed President Donald Trump in order to expose voter fraud, but the reality is that many of us have been exposing it for years, and at the forefront of that has been James O’Keefe and Project Veritas. However, a registered Democrat Observers by the name of Brian McCaffrey claims that he witnessed what he believes to be fraud.

Here’s what Brian had to say:

“This is Coup Against The President of The United States of America.”

“This has nothing to do with Joe Biden or Donald Trump. This has to do with our democracy.”

Yeah, but we are not a democracy. Rather, we are a Republic (Article IV, Section 4 of the US Constitution).

“They will not allow us within 30 to 100 feet of the ballots being counted.”

“I can’t believe what I am seeing with my own two eyes There is corruption at the highest level in the city of Philadelphia.”

Of course, it is.

But here’s what people have to keep in mind and it’s important. Mark my words, the Trump administration has no desire to bring actual justice against voter fraud. They merely want to keep the White House.

In my opinion, I believe it is no coincidence that President Trump nominated the likes of Bret Kavanaugh and Amy Coney Barrett to the supreme Court because they, along with Justice John Roberts, were all a part of the team that helped win the election for George W. Bush in 2000.

I repeat: That is not a coincidence.