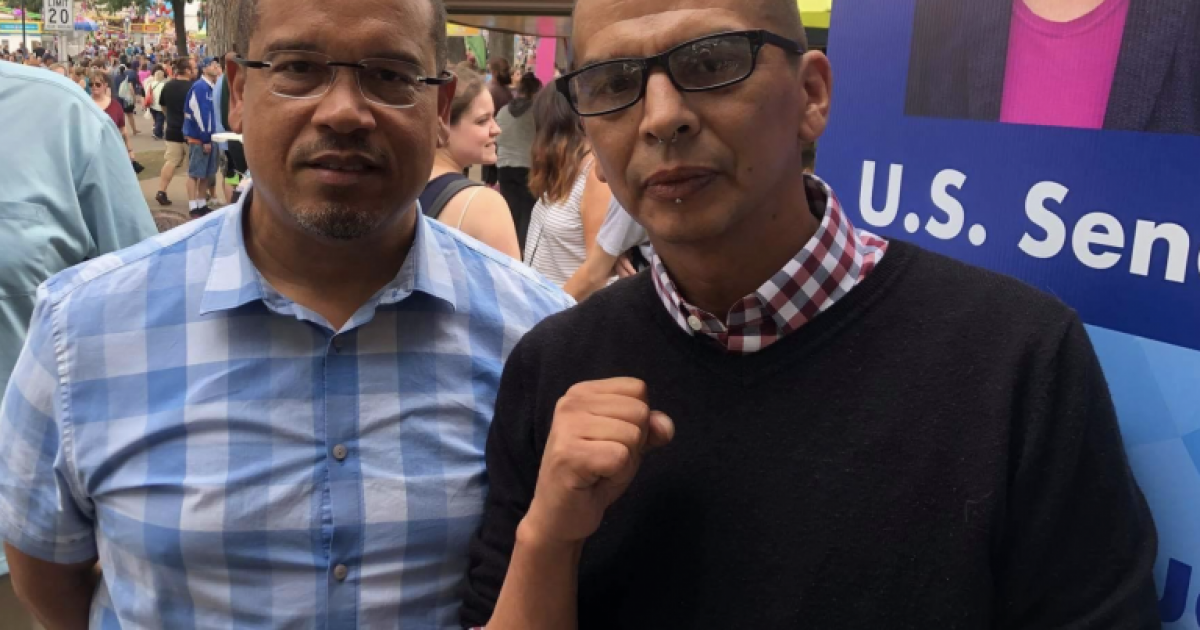 First, just listen to the Minneapolis Police to understand who Minnesota is dealing with in Keith Ellison.

Laura Loomer then reports on Ellison’s connection to Marquez:

As a result of his criminal actions as the leader of Portland ANTIFA, Luis Enrique Marquez was booked into the Multnomah County Jail and Conditionally released June 30, 2018 having been charged with two counts of theft (one 2nd degree and one 3rd degree) and 3rd degree assault per Jail Employee ID 93275.

Luis Enrique Marquez was one of those nine people arrested in what police described as violent protests.

Luis Enrique Marquez not only has a history of arrests, but he is the subject of several YouTube videos which display his ANTIFA associations and violent behavior. Again, this is who Keith Ellison was spotted hanging out with at the Minnesota State Fair. Sources who wish to remain anonymous for the sake of their safety told Big League Politics that Ellison spent over an hour with Luis Enrique Marquez, whose next court date is scheduled for November 28, 2018 according to Multnomah Court employee Anthony Tran. 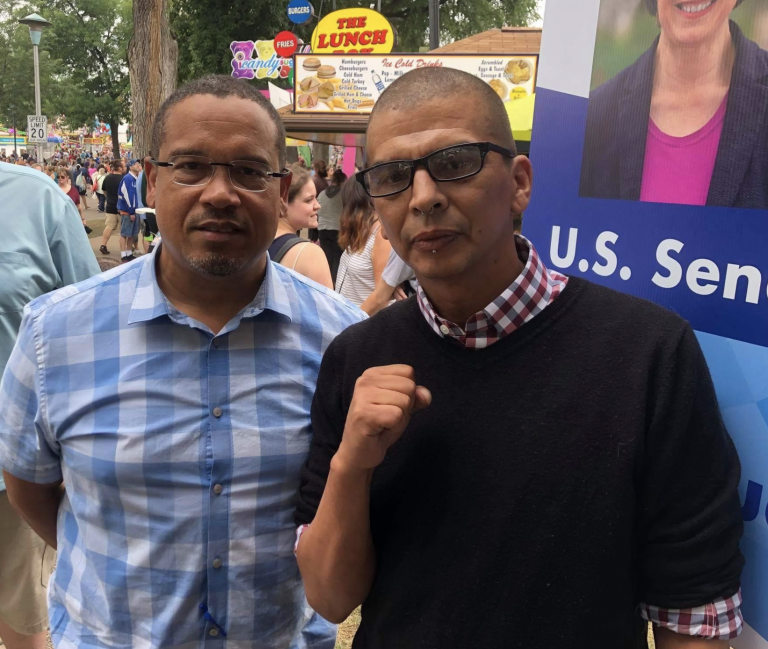 Heres’ some of Marquez’s criminal activity caught on video.

It is unclear how Ellison, who has himself called for violent riots composed of Islamists and ANTIFA to “stop Trump” is in any way whatsoever qualified to be Minnesota’s Attorney General.

ANTIFA, which has been classified by the U.S. Department of Homeland Security as a Left wing domestic terrorist organization, is often present at those rallies Ellison and his DNC colleagues have called for and organized. There are countless instances, many of which have been caught on camera, of ANTIFA members violently assaulting Trump supporters and journalists in public. In 2017, it was also revealed that the FBI has been investigating members of ANTIFA who they say have been traveling to the Middle East to train with ISIS in an effort to plan for the destruction of President Trump.

Despite being classified as a terrorist organization, Ellison tweeted a picture of himself posing with the official ANTIFA handbook, saying, “At @MoonPalaceBooks and I just found the book that strike fear in the heart of @realDonaldTrump.”

Combined with his refusal to take his oath on a US Constitution, along with his personal associations with ANTIFA, Ellison ought to be disqualified from the Attorney General race, as it is entirely unsafe and unreasonable for Minnesota’s top cop to have personal ties to members of both domestic and foreign terrorist organizations. Along with his support of domestic ANTIFA terrorists, Ellison is also tied associated with Linda Sarsour and Louis Farakkhan.

As if all of this evidence backed up by actual photographs isn’t enough to make one see how unfit Ellison is for serving as Minnesota Attorney General, Luis Enrique Marquez, who was reported to have spent a lengthy amount of time hanging out with Ellison at the Minnesota State Fair was also pictured waving a communist hammer and sickle flag.

Indeed, when you even have the Minneapolis Police warning people about voting for Muslim Hakim Muhammad, that should tell you all you need to know.