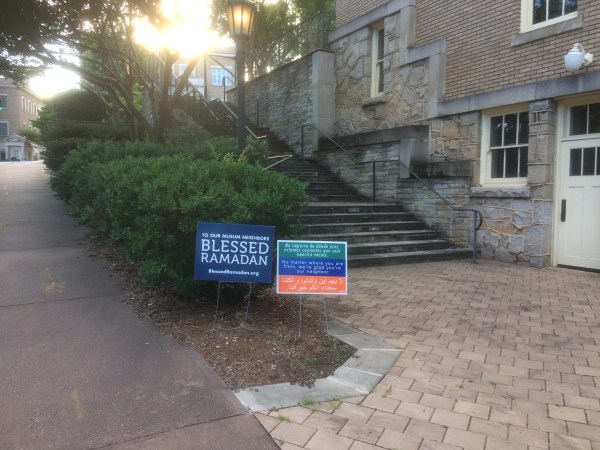 In 2013, Foreign Policy published an essay called “Before They Pass Away” with photographs of tribesmen from all around the world whose tribes are not expected to last much more than a generation or two. I have always found it striking how many people on earth know that their people — tribe, nation, ethny — won’t make it into the next century. Of course, one reason I think about this is that whites, especially certain groups of whites (e.g. Argentines, Boers), may be on the same mournful path.

Over the last year and a half, I have done a lot of traveling in the South, especially Georgia, and have been reminded of this over and over . It really hit me when I visited the Atlanta History Center, which highlighted the often overlooked fact that America’s demographic changes are perhaps more pronounced below the Mason-Dixie than anywhere else.

The text of this museum placard is transcribed below.

After the Civil War, large numbers of Southerners deserted scorched farms for city jobs. The wave of international immigration that transformed cities elsewhere barely touched Atlanta. In 1900, although Russian and Polish Jews, Greeks, and Chinese established small communities, fewer than 4 percent of Atlantans were foreign-born. This changed significantly in the late 1970s when Atlanta gained federal status as a refugee city. Reverse migration of blacks multiplied the city’s explosive growth.

Throughout Atlanta’s history, officials alternately fought and promoted immigration. Today, Atlanta seems likely to flourish as an international city, providing homes to residents from around the world.

This one, in English and Spanish, says:

Eleven of the twelve states with the largest Latino population growth are in the Southeast.

Until recently, the Southeast had few immigrants. One hundred years ago when immigration peaked in the U.S., the South was the poorest region — so immigrants went elsewhere.

Another placard in the same exhibit boasted:

Welcome to the U.S.A.

With its large international airport, thriving businesses, and recognition as a “refugee city,” Atlanta is one of the top Ports of Entry (POE) for international immigrants. In 2014, 13 percent of metro residents were foreign born, and 21 percent of children lived in immigrant households. In 2010, Georgia ranked sixth in the nation as a destination for refugees and asylum seekers escaping persecution.

Atlanta has always been attractive for new Americans, but until the late 20th century they represented a relatively small portion of the population. In the 1970s, refugees from Asia and Latin America came in large numbers. Beginning in 1990, an immigration surge of migrants from Latin America, Asia, Africa, and the Caribbean (in rank order) established metro communities. Five metropolitan Atlanta counties are home to 58 percent of those immigrants. More than one third live in Gwinnett County, followed by DeKalb, Cobb, Fulton, and Clayton Counties.

The exhibit was quietly triumphant:

Like everywhere else , the churches only seem to be making things worse. This banner is on the Catholic Shrine of the Immaculate Conception right in the center of Atlanta:

And here is Covenant Presbyterian Church, right off Peachtree Road, one of Atlanta’s busiest streets:

The library system encourages foreigners to become citizens. Here’s a display of citizenship literature in several languages in one of the ritziest libraries in the city, in upscale Buckhead:

(In my native Minneapolis, libraries also cater to immigrants in a variety of languages.)

The political and social impact of these changes are predictable:

Atlanta, GA, — A police officer walks through a Hispanic gang hangout in an abandoned carpet dye plant. The gangs use the building as a drug marketplace. (Credit Image: Robin Rayne / ZUMAPRESS.com)

Not so long ago, Georgia was undergoing a different demographic change: the great expansion of whites westward. As non-white as Georgia is now, it was dramatically less white in 1733:

The determination of white settlers — greatly abetted by President Andrew Jackson and his Indian Removal Policy — changed that balance over the course of the 19th century.

“What good men would prefer a country covered with forests and ranged by a few thousand savages to our extensive Republic . . . ” — Andrew Jackson

Something as consequential as demographic change can come quickly.

Georgia’s fate remains to be seen, though it isn’t easy to be optimistic. For now, there are still reasons to live in and love the South — and to admire the men of its past.