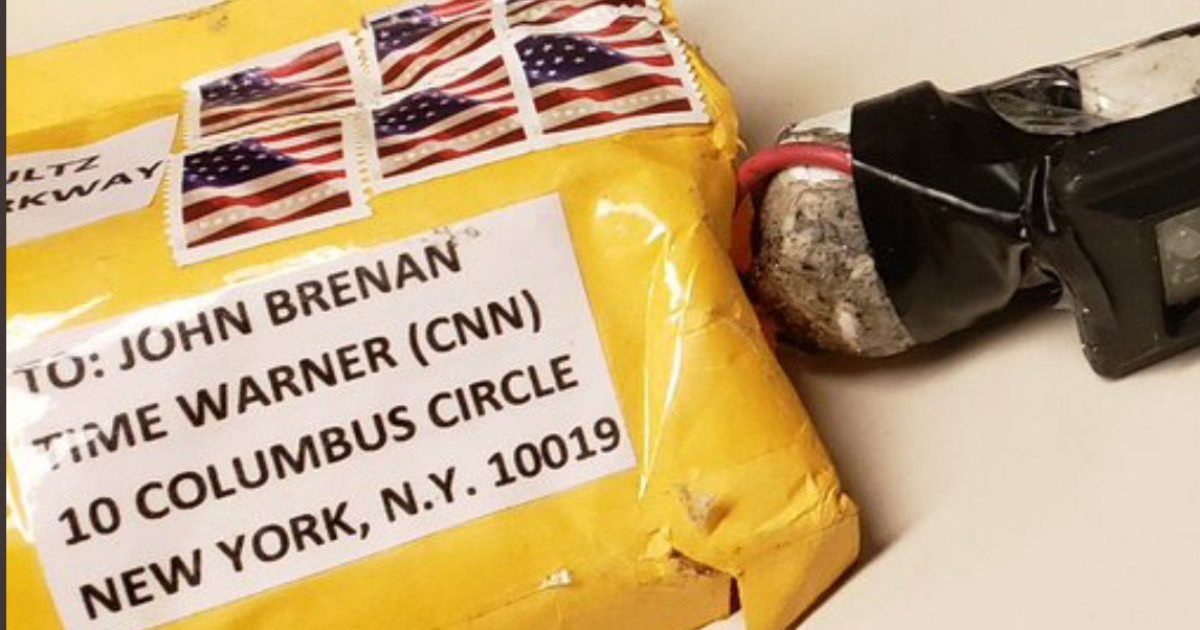 “I guess Trump and Jared Kushner just got back from Turkey after killing Khashoggi; right? So Trump and Kushner go to Turkey and kill Khashoggi and come back here, and they start sending out bombs to Democrats,” joked Rush Limbaugh.

I know, I know. We shouldn’t rush to judgment about who was behind the pipe bombs. But immediately Democrats began blaming Trump, as they always do. And the point is that this is so far out of the Republican playbook, it defies all logic.

First, what could Republicans possibly have to gain by such an act? Let’s just suppose for a moment that the envelopes had not been intercepted at the post office and that all of those targeted went out to their mailboxes, saw the package from their great pal Debbie Wasserman Schultz, immediately opened the envelope and were blown to smithereens. Barack Obama, George Soros, Hillary Clinton, Eric Holder, the folks at CNN and several other Democratic leaders all murdered simultaneously one afternoon. Further, suppose that investigators found solid and indisputable evidence that Trump and/or other top Republicans were behind it. That would result in the end of the Republican Party.

Second, Republicans have no history of using violence to achieve their goals. Are they really going to go from zero to murder two weeks before a critical midterm election?

The hypocrisy of the Democrats was on full display after news of the pipe bombs hit the airwaves. Close Hillary Clinton aide, Philippe Reines, said, “Trump, this is on you.”

The most egregious remarks were made by Joe Scarborough who has made hating Trump his reason for living over the past several years.

Do you strongly condemn your father using the presidential bully pulpit and years of campaign rallies to constantly stir up hatred against CNN, Hillary Clinton and Barack Obama? https://t.co/9D8pov74YX

Why is he not condemning Antifa, Hillary Clinton, Eric Holder or Maxine Waters?

I won’t take you through a summary of violent acts from the left, but if you are interested in seeing a list, Grabien.com maintains a very comprehensive record.

The point is that committing a crime like this is not the MO. of Republicans. Of course, Democrats would point out that Republicans were behind the heckling of Nancy Pelosiin Miami last week. I am not convinced they were. Republicans don’t do things like that.

I am not saying that the Democrats planned this offense. I’m saying that there is no reason to believe that the Republicans initiated it because they had nothing to gain, and much to lose, by doing so. It simply doesn’t add up.

Next, momentum has shifted significantly toward Republicans in the last few weeks. Not only will they hold on to their Senate majority, they may even hold onto the House. The promised inevitable blue wave that we’ve been hearing about for a year seems to be receding.

As biased pollsters start adjusting their polls to reflect reality so they don’t lose all credibility as they did after the 2016 election, numbers are tightening. And voter disgust after witnessing the performance of Democrats throughout the Kavanaugh Senate confirmation process has had a real impact on the electorate. Also, Trump’s impressive record of achievement speaks for itself. Meanwhile, the Democrats have nothing to run on besides, “We really hate Trump.”

How many times in the last two weeks have we heard Democratic leaders, pundits and pollsters ratchet down expectations? We’ve seen the following headlines. Democrats have an 86% chance of taking the house. Then it’s 60 to 65%. We’re now told that Republicans may have a path to maintaining power. The blue wave seems to have gone from a tsunami to a ripple.

2020 presidential hopeful Kamala Harris held a “Get Out The Vote” rally in Des Moines, Iowa on Monday and attracted a small crowd. CNN reporter Maeve Reston, however, reported that Harris received a “rockstar” reception. “Last night in Des Moines, you could really feel that electricity among about 500 people who showed up to see her. At the end of that event, they were just, like, moving toward her in a human crush. So, a lot of love for her here in Iowa.” (Harris was in rare form as she railed, “the economy ain’t workin’ for workin’ people.”)

Chair of the Polk County Democratic Party, Sean Bagniewski, said: “I haven’t seen that kind of energy since Barack Obama.”

Finally, and very fortunately, none of the pipe bombs detonated. This gives one reason for pause. Even before the packages reached the post office, they had to have been bumped or jostled; yet none exploded. Was that the perpetrators intent? He or she didn’t want to actually kill any of the targets; they just wanted to perform a political stunt that would hurt Republicans in the midterms?

We don’t know anything yet. Hopefully, investigators will solve this quickly. In the meantime, calls for Trump to apologize for setting the angry tone in our national discourse that would invite such a violent crime, or intimations that he may even have been behind it, are hypocritical and irrational.