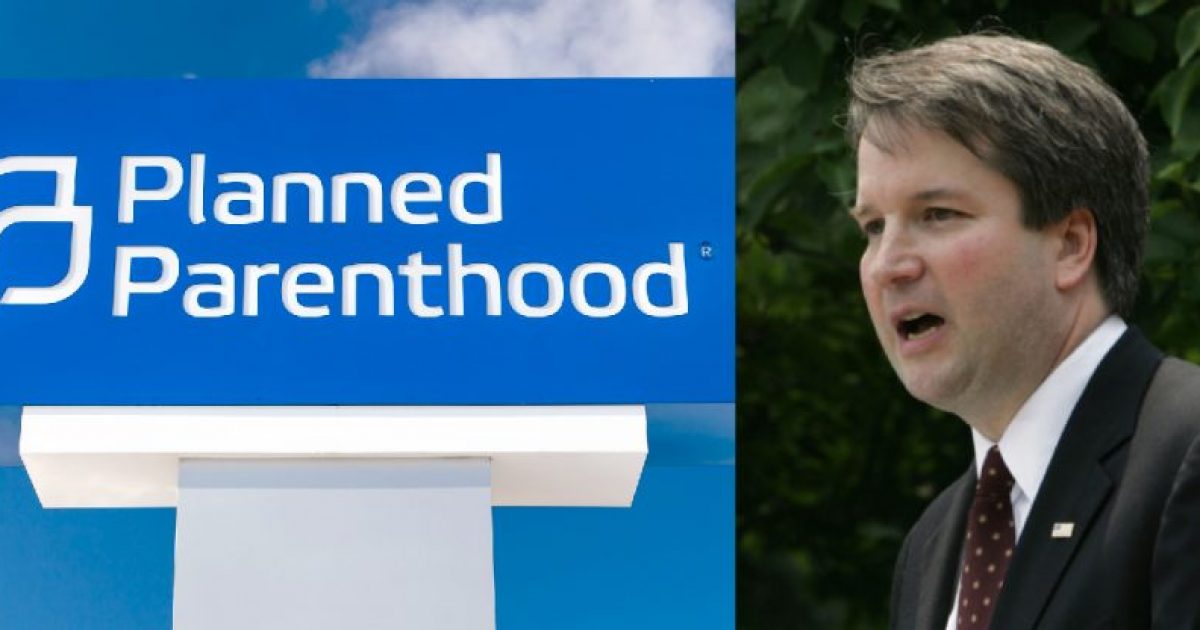 Recently, Planned Parenthood launched a six figure ad campaign with other Leftist groups to block confirmation of Brett Kavanaugh into the Supreme Court of the United States. Nothing is surprising here since Kavanaugh seems to strike fear into those who are pro-abortion and Planned Parenthood is in the business of making money from those who seek abortions.

What should be unacceptable here is Planned Parenthood is using our tax dollars to influence a political outcome.

🔊 #DearSenators, we care about #RoevWade. Now is the time to make sure they know that for their constituents, the fight against Brett Kavanaugh is personal. Share your own message to #StopKavanaugh: https://t.co/K1KcTwZI0Q pic.twitter.com/Z3pv5ltKzD

Planned Parenthood is a multi billion dollar corporation that is primarily funded by the American taxpayer. The US government gives Planned Parenthood over a half a billion dollars each year, and that’s on top of what they make off of Federal and State funding via Medicaid and Title X. Title X is the public funding for family planning, which covers the costs of most PP related abortions and contraceptive care. In their own estimates, this area of funding covers some 579,000 unintended pregnancies a year.

Since Planned Parenthood receives most of its income from government entities, and is tax exempt, the corporation is in violation of US Campaign Finance laws in using money it receives from the government to try to influence a desired political outcome. This, whether it is supporting or denouncing a candidate running for office, any proposed law, or such is the case here of trying to keep a SCOTUS nominee from getting appointed to the bench via an expensive ad campaign.

Missing #PowerOfPink18? Us too. But don't worry — we're bringing that momentum to #SaveRoe and block Brett Kavanaugh's confirmation to the Supreme Court. https://t.co/bzsHafw127

This type of misappropriation of public funding by Planned Parenthood is a prime example of why the government should cut all direct funds of over a half a billion dollars a year it currently gives them.

Planned Parenthood is supposedly not in the business of politics, thus should be completely devoid of government money as long as they are trying to influence politics in America.

Tony Elliott is an established writer with articles in over 20 publications of differing topics, He was Political Commentary Columnist for the Cimarron News Press in Cimarron, New Mexico from 2001 to 2003. Tony was also a regular writer for several small coastal newspapers in Southern Oregon during the early 1990’s. BOOKS: Aura Visions: The Origin Prophecy, Enviroclowns: The Climate Change Circus, Strange Sounds: A Research Report