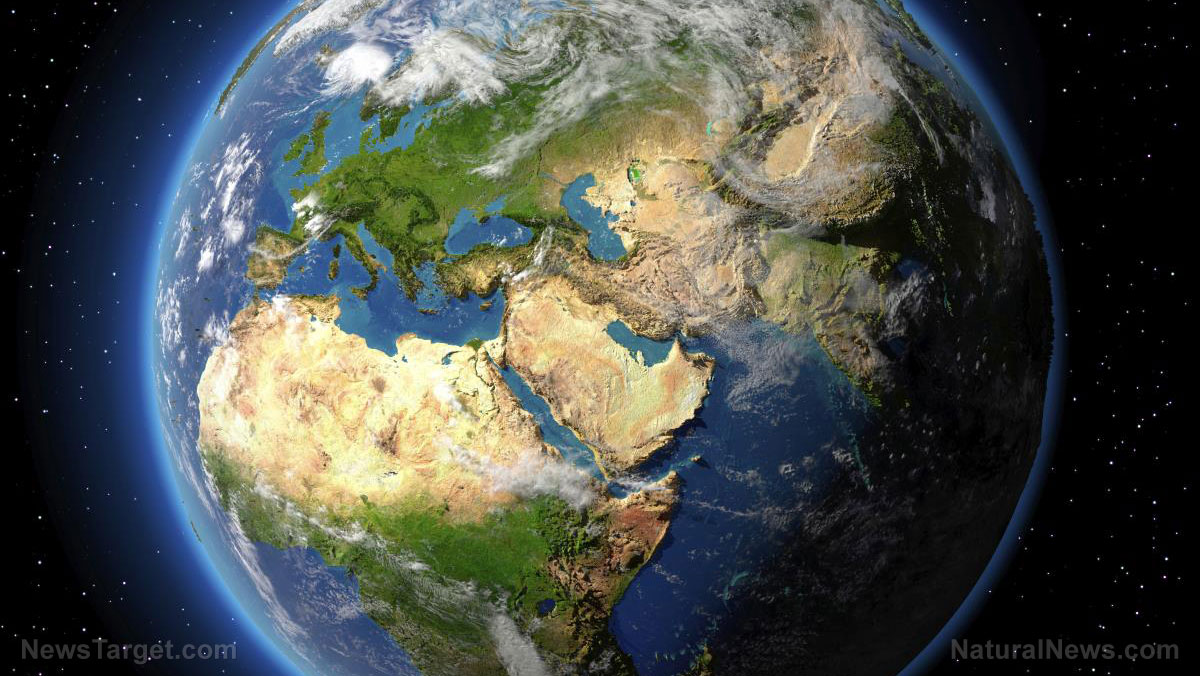 Natural News) As climate change alarmists continue to insist that we need to cool the planet’s temperatures in order to save it, one approach that is being touted is geoengineering. Some researchers have been supporting the idea of the deliberate mass manipulation of our climate as a “backup plan” if the world does not succeed in reducing carbon emissions by 2 degrees, and now the U.S. government is throwing money behind the plans.

The first method on the table is a type of geoengineering known as solar radiation management. This will entail spraying aerosols into the earth’s atmosphere with the idea of reflecting sunlight and, by extension, cooling the earth. The aerosol used will likely be sulfur dioxide, which could theoretically shade the earth from intense sunlight if it is sprayed into the stratosphere. It is patterned after volcanic eruptions, which naturally cool the planet by emitting giant clouds of sulfur dioxide. However, past studies have shown that such an approach could spell disaster for certain parts of the planet.

The second approach will see aerosols being used to create low-lying artificial clouds across the ocean. It is a technique inspired by ship tracks, the long clouds that are left by passing ocean freighters visible on satellites as reflective pathways. According to reports, these clouds could be widened with injections of seawater vapor using specialized ships.

Fahey acknowledges that these methods are controversial. He recommended replacing the term “geoengineering” with a term that is considered more “neutral,” such as “climate intervention.”

He added that the results of the plan would not be immediate, with the cooling not being fully completed until the next century. When questioned by a researcher about whether injecting sulfur dioxide into the atmosphere could reduce seafood because it would acidify the oceans, he admitted that there could be a lot of effects, saying: “That opens up this whole menu of things that you’d have to worry about.”

Several countries have complained that using aircraft to inject the atmosphere with aerosols could change the weather or harm the ozone layer, which would reduce our protection from dangerous radiation from sunlight.

Research shows that geoengineering could cause problems like lower crop yields, rises in land and water temperature, and the loss of blue skies.

The eco-justice organization ETC Group is one of many campaigning against geoengineering. They point out that injecting sulfate aerosols into the atmosphere over the Arctic could increase droughts and disrupt monsoons, with many of the impacts being felt in Africa. This, they say, could put the food and water sources of two billion people in jeopardy.

According to Fahey, research would be needed not only into how the aerosols could be spread evenly through the stratosphere but also what the consequences of such activity might be. It’s important to note that NOAA’s authority currently does not extend to the stratosphere, although its jurisdiction could be broadened by legislators.

In addition, reports have raised concerns that governments could change the course of harmful storms and that directing them toward other countries could be interpreted as an act of war. It is also possible that hostile governments could use forms of mass weather manipulation like geoengineering against their enemies. Like many climate change “solutions,” this one is full of huge risks. As history has shown us time and time again, interfering with nature never ends well for anyone.