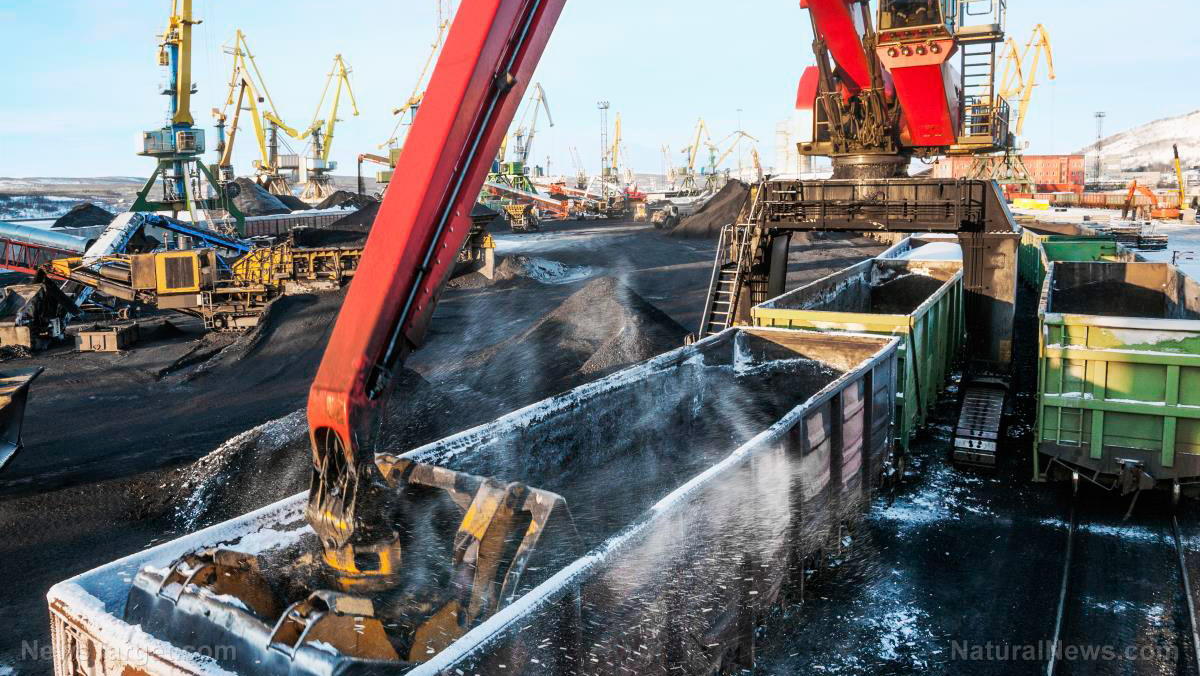 (Natural News) So-called “green” energy is moving to the backburner in Poland, where coal is once again taking center stage as a much-needed source of energy this winter.

Like many other First World countries that fell for the “renewable” energy scam, Poland has quickly come to the realization that, without Russian gas and oil, it will soon be lights out and a very dark winter.

Wind and solar power are just not going to cut it, said Police Prime Minister Mateusz Morawiecki, who announced this week to the government’s territorial administration that coal is now being imported from all around the world into Polish ports.

Some four million tons of fuel have already arrived, Morawiecki indicated, and is ready for distribution throughout the country. (Related: Back in June, mass demonstrations emerged in Poland to protest the starvation and depopulation schemes of the globalists.)

Blaming the war in Ukraine for energy “turbulence,” Morawiecki reassured the Polish people that his government is on top of the situation and will not allow everything to go dark and cold in the coming months.

Poland is said to be on a “war footing” based on its decision to stop importing coal from Russia, which is hated by NATO and the United States for disrupting its criminal operations in Ukraine, a globalist proxy state.

Like other European countries, Poland decided to stop buying cheap and abundant energy from Russia over its “special operation” in Ukraine. This ended up punishing Poles more than Vladimir Putin, however, so some other scheme had to be contrived.

Importing coal from elsewhere at a higher cost is Poland’s solution. The Polish government says it took legislative action to ensure a fixed price of coal at just over $300 per ton (PLN 1,500).

The final cost to consumers is still be worked on, but the Polish government insists that a fair distribution of coal will take place.

According to the Polish Ministry of the Interior, 50 distribution depots for coal will be set up by both state fuel and coal companies. Distributors will be able to pick up the coal directly from these ports and work with local governments to get it to where it needs to be.

Time will tell if Morawiecki’s plan will work as smoothly as he is promising. Poland needs this coal, otherwise its four million domestic users are threatened with freezing to death this winter, or finding something else to burn such as trash.

Up until now, local governments have never been involved in the distribution or sale of coal, so it could be a rocky start. They will have to learn very quickly how to get all this done before the snow starts falling and temperatures drop to levels that are dangerous without a steady and stable source of heat.

“The Poles have suffered some of the worst evils perpetrated against human beings but this one is designed for massive human extinction,” wrote another.

Someone else chimed in that while it might seem like Poland’s leaders were caught off guard with all this, it was actually planned as part of the “Great Reset” agenda for a New World Order.

“You can bet your sweety bippy that the leaders will be nice and toasty warm this winter, even if you are not,” said someone else. “After all, they’re the leaders and need to be healthy so they can ‘lead.’ Screw the peasants.”

Want to keep up with the latest news about the European energy crisis? You can do so at EnergySupply.news.