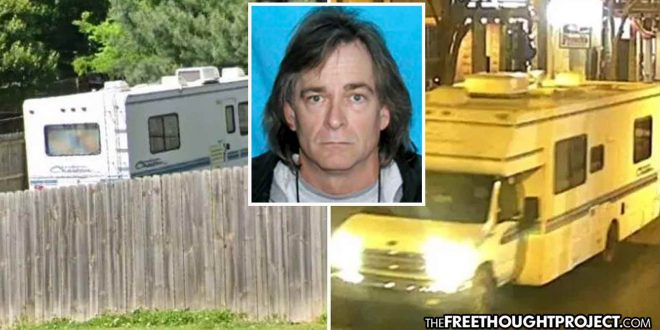 Nashville, TN — Over the years, TFTP has reported on multiple instances of police arresting people for jokes made online, random statements insulting police, and criticizing politicians. For non-criminal, non-threatening free speech, individuals have been pulled from their homes and jailed. Given the myriad of examples of police acting on non-threatening posts and statements, one would think that a report of a man making bombs would have been on the top of their list. However, as a recent report shows, one would be wrong.

A little over 16 months ago, police were told that Anthony Quinn Warner, the man who blew up an RV in downtown Nashville on Christmas morning, was making a bomb. They did not stop him.

On Friday, outside the AT&T switch facility in Nashville, Warner blew up an entire city block at 6:30 a.m. While little was known about who carried it out, over the past several days, more information has come out. Originally, the Tennessee Bureau of Investigation said Warner was “not on our radar” prior to the bombing. However, that is not true.

According to a report in the Tennessean, on August 21, 2019, police received a call from an attorney representing Pamela Perry, the woman who said she was the girlfriend of the bomber Anthony Warner. Perry’s attorney, Raymond Throckmorton, said she had made “suicidal threats to him via telephone.”

When police arrived, officers discovered two unloaded pistols and Perry told them they belonged to Warner.

“She related that the guns belonged to a ‘Tony Warner’ and that she did not want them in the house any longer,” MNPD spokesman Don Aaron said in a statement to The Tennessean.

After telling police about the guns, she also told them that Warner “building bombs in the RV trailer at his residence,” according to a “matter of record” report from the MNPD.

The police also spoke to Throckmorton, who once represented Warner and was also present at Perry’s home. He told authorities Warner “frequently talks about the military and bomb-making. (Throckmorton) stated that he believes that the suspect knows what he is doing and is capable of making a bomb,” the report said.

These are de facto threats of doing harm to individuals, yet police did not follow through on them.

After they were warned about Warner making a bomb in his RV, police went to his home to talk with Warner but he never answered the door.

“They saw no evidence of a crime and had no authority to enter his home or fenced property,” Aaron said of officers’ unsuccessful attempt to make contact with Warner or look inside the RV.

Despite the man’s girlfriend and attorney telling authorities that Warner was making a bomb, they never obtained a warrant to search his residence. Instead, they forwarded the report to the FBI to check their databases.

Later that day, Aaron said, “the FBI reported back that they checked their holdings and found no records on Warner at all.”

But police maintain they had no evidence of wrongdoing by Warner.

“At no time was there any evidence of a crime detected and no additional action was taken,” he said. “No additional information about Warner came to the department’s or the FBI’s attention after August 2019.”

We’d be willing to bet that had Perry told police that Warner was growing marijuana in the RV, rest assured they would’ve kicked in his door and searched the entire property. But since it was just a bomb, police failed to investigate it any further.

In fact, Warner’s only police record happened to be from a marijuana possession back in 1978. Ironic indeed.

Another example comes to mind in regard to this incident as well. As TFTP reported in 2015, a 14-year-old boy of Middle Eastern descent, Ahmed Mohamed, was kidnapped and thrown in juvenile detention when cops thought he was building a bomb. However, it turned out that Mohamed had been interested in electronics and had only made a clock that he wanted to show off.

Had Warner had brown skin, perhaps Nashville wouldn’t have been bombed at all. Shameful.