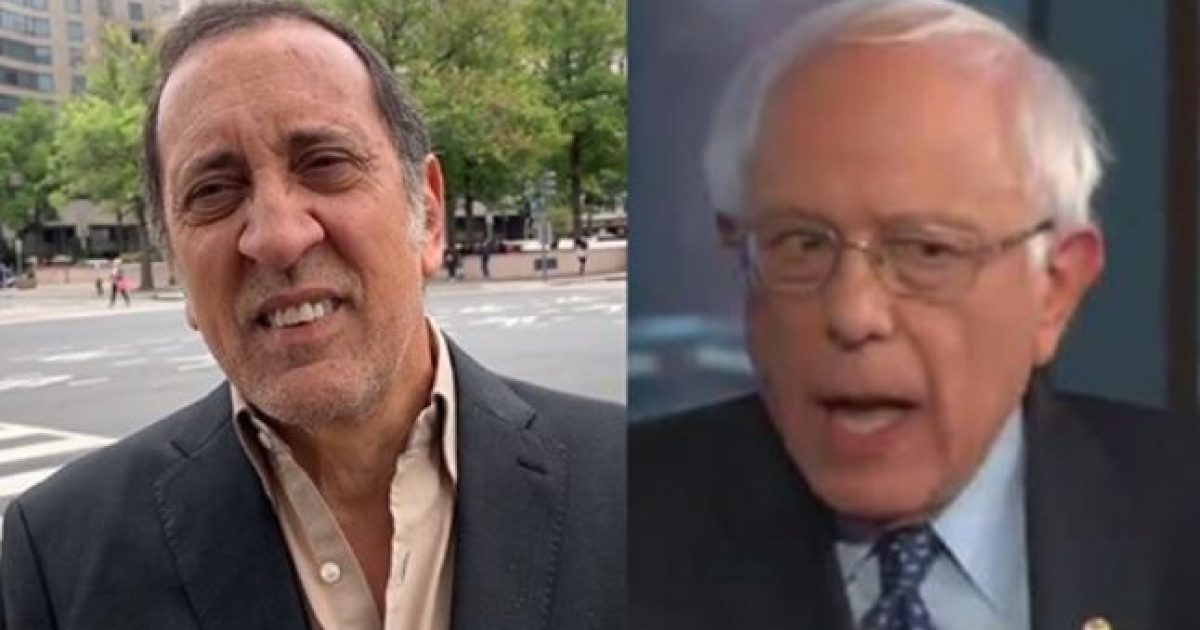 An exiled member of the Venezuelan National Assembly has challenged Vermont Sen. Bernie Sanders to visit the nation sans bodyguards.

The challenge came after Sanders said that the tyrannical leader of the South American nation was not a dictator last year.

The senator has since conceded that Maduro is, in fact, a dictator but Assemblyman José Guerra has still not gotten over it.

“Maybe they misunderstand what is going on in Venezuela. It’s a dictatorship. There’s no power separation and more than 400 political prisoners that have been prosecuted like me. It’s a new dictatorship,” Guerra said in an interview with PJ Media.

More than 50 nations, including the United States, have decided to recognize Juan Guaido as the president of Venezuela.

“I don’t know that Jesse Jackson and Bernie Sanders know in a very good way what is going on in Venezuela,” he said.

“I suggest Bernie Sanders take a week and go to Venezuela without bodyguards and go to the street and speak with a cell phone and see what is going on with Bernie Sanders, OK?”

A report from March said “robbers who used to zip around Caracas on motorcycles, shoving pistols into car windows and demanding wallets, are now reduced to walking.

“There simply aren’t spare parts for their bikes. In the past, thieves often snatched cellphones from passengers on the little buses that clogged Caracas highways. But public transportation barely functions anymore,” it said.

Colombia President Ivan Duque said that Maduro was running a dictatorship when he spoke at the United Nations this week.

“It’s clear for us that Maduro is a dictator, there’s no question about that and I think that Colombia and President Duque is helping a lot. They allow us to use passports,” Guerro said of the Columbian president.

“Duque is doing everything that can help us in order to restore democracy in Venezuela,” he said in the interview.

It was last spring when Sen. Sanders would not say that Maduro was a dictator when he was interviewed by Univision reporter Jorge Ramos.

“I think clearly he has been very, very abusive,” he said. “That is a decision of the Venezuelan people, so I think, Jorge (Ramos), there’s got to be a free and fair election.

“But what must not happen is that the United States must not use military force and intervene again as it has done in the past in Latin America, as you recall, whether it was Chile or Brazil or the Dominican Republic or Guatemala,” he said.