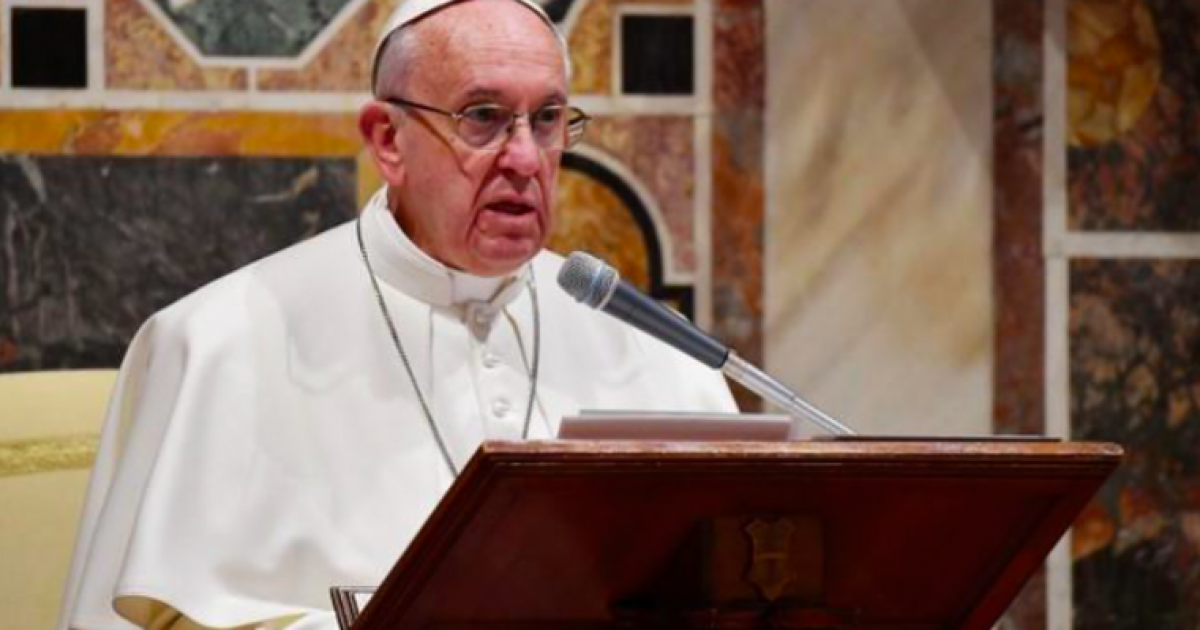 I’m telling you, the Roman Catholic Church is about as corrupt as it gets. From it’s heresies to its conduct, the apostate RCC continues to put in positions of authority corrupt and sexually degenerate men and hold them up as “holy.” Now, it’s being revealed the Pope Francis commissioned a report while he was archbishop of the Archdiocese in Buenos Aires attacking sex abuse victims while at the same time defending a priest that was convicted of sexually molesting a teenage boy.

Perhaps the most egregious case of obstruction, stonewalling, and negligence regarding a clerical child sex abuser on the part of Jorge Bergoglio was that of Julio César Grassi, a priest famous throughout Argentina for his work with poor and orphan children, and who became the subject of numerous accusations by teen residents of his facilities, which led to his conviction for sex abuse of a minor in 2013 as well as other charges and a sentence of more than 15 years in prison.

While refusing to speak to Grassi’s victims, Cardinal Jorge Bergoglio engineered a campaign to discredit the victims and to influence the judges in the case, which may have resulted in some of the charges being dismissed. Despite these efforts, Grassi was convicted in the case of one victim who was able to identify hidden marks and other characteristics of Grassi’s body, and his conviction has been upheld by multiple appeals courts, including a final ruling by the Supreme Court of Argentina in March of 2016. Nonetheless, Pope Francis continues to allow Grassi to function as a priest. Despite ongoing requests, Francis has not yet met with victims nor apologized to them.

Fr. Julio Cesar Grassi is a priest of the Diocese of Morón, which was under Bergoglio’s metropolitan authority as Archbishop of Buenos Aires. There Grassi personally oversaw a residential facility housing approximately 400 children. The priest’s efforts to raise money for his “Happy Children Foundation” (Fundación Felices los Niños), which managed seventeen facilities throughout the country for over six thousand children, made him a national celebrity and generated the equivalent of millions of dollars in donations annually.

“The books arrived to the judges of the [Supreme] Court, presumably delivered by supposed emissaries of Francis,” Gallego told Infobae. “What is certain is that we determined that they were received by every judge that had to decide on the Grassi case. They weren’t only delivered to the Supreme Court, where they are held, for example, by Ricardo Lorenzetti; they were also delivered to the judges of the provincial appeals court.”

“I am certain that the judges of the Supreme Court have these books and that they came to them in the name of the Church,” Gallego said.

The volumes were never released to the public, but the final book in the series published in 2013 had a passage stating who was behind the study, El Pais reported.

“With this [volume], these ‘Studies on the Grassi case’ are concluded, and the labor assigned by the Argentinean Episcopal Conference, in particular by Cardinal Bergoglio, then its president and today His Holiness Francis,” the text reportedly read on the first page.

Some of the victims have spoken out.

One woman said of Francis, who was then Cardinal Jorge Bergoglio, “He receives all the celebrities, like Leonardo DiCaprio, and opens his door to them. And for us, not even a quick letter to say he was sorry.”

“I don’t expect anything from him; I don’t believe in him,” another female victim said.

Francis claimed in his 2010 book On Heaven and Earth that sexual abuses by clergy members “never occurred in my diocese” and “in the diocese, it never happened to me.”

But that was right around the same time that he commissioned the report calling the victims of sexual abuse “false accusers” and that they are like Satan, “the Great Accuser.”

But hey, we know it goes on and until we are willing to bring true justice to these crimes, they will not end. Recently, 100 priests in Pittsburgh were involved in a pedophile ring and neither the government nor Pope Francis really did anything about it. If the Roman Church will seek to coverup these crimes and they have a history of doing it, does anyone believe Francis over the victims? I sure don’t.