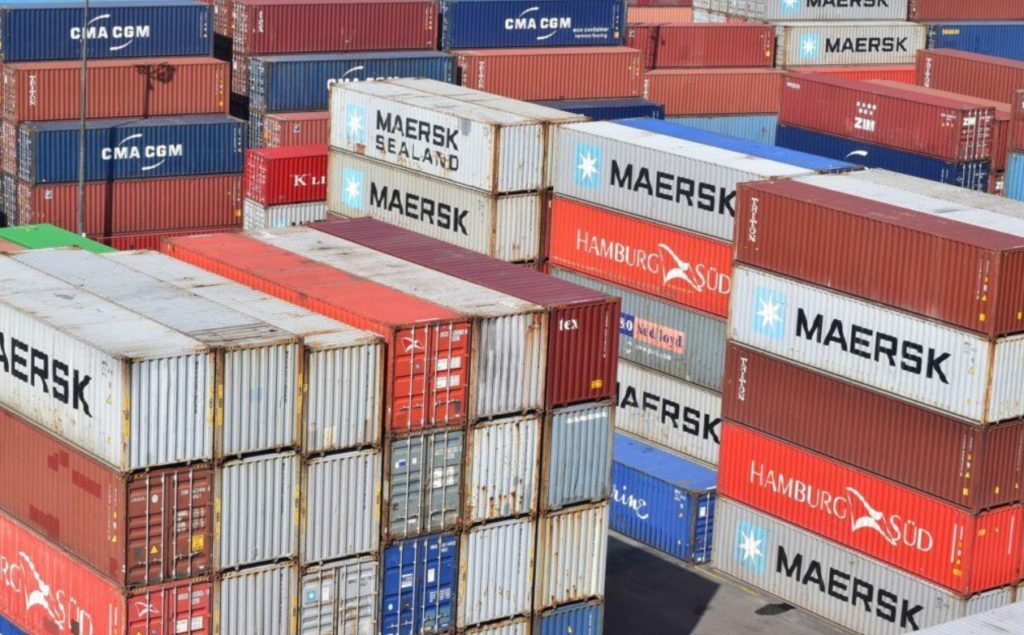 The latest Bloomberg Trade Tracker reveals an ominous outlook for world trade due to soaring interest rates, the war in Ukraine, a slowdown in the US economy, and zero Covid in China. A shortage of containers has entirely reversed into a glut as crashing shipping rates and canceled sails gain momentum during what is supposed to be the busiest shipping period of the year.

“The world’s two biggest economies are feeling glum about the export outlook, with both the US and China gauges in contraction in October and the American one in “below-normal” range on the Tracker,” according to Bloomberg.

Earlier this week, we explained that economic storm clouds are gathering worldwide as some of the largest shipping companies warn about decelerating global trade. US shipper FedEx and Danish shipping giant A.P. Moller-Maersk A/S have been vocal about emerging signs of a global slowdown.

The Covid boom for goods has evaporated. Consumers have switched from buying computers and television to spending whatever money they have left on experiences.

We predict in May that an inventory glut, i.e., the reverse bullwhip effect, would cool the booming freight market. It’s now peak shipping season — retailers have already canceled overseas orders as freight companies reduce shipping capacity ahead of Black Friday and Christmas. Slumping global demand and faltering world trade has led to another problem: a massive container glut at ports.

“There is just not enough depot space to accommodate all the containers. With the further release of container inventory into the market (e.g., from the disposal of leasing fleets), there will be added pressure on depots in the coming months.

“This will be a key challenge for some and a competitive advantage for others in the business, especially in China because of the empty container repositioning there,” Christian Roeloffs, cofounder and CEO of Container xChange, said in an industry update this week.

“Whatever was coming in and out of, for instance, our Milan depot is quite stuck. And the container volume at the depots is increasing to an extent that we are returning some requests for depot service agreements. We are in a situation where we are not able to accept new clients for some locations.”

Monti told Container xChange that peak shipping season “technically did not happen this year” because of the global slowdown, as many retailers are left holding high inventory levels.

“There is enough inventory with retailers. Once these inventories exhaust in North America and Europe, companies will order again, and demand for shipping capacity will pop back up. This won’t go back to max pandemic levels but certainly be back to the long-term average upward trend. What has happened now is that the cargo is “on time” again and hence you’ll see a slowdown in new ordering as companies adjust to this more efficient turnaround times in ocean freight delivery.

“For container owners, this could potentially mean a rise in container storage fee by depots as more containers pile up to disincentivize longer staying containers at the depots.”

The rise in canceled sailings was reported by maritime research company Drewry, indicated between late November and early December, 14% of sailings have been canceled on the world’s top shipping lanes.

Container prices on the Los Angeles to Shanghai line and JP Morgan’s consolidated global manufacturing PMIs have declined since late 2021. This year’s monetary tightenings by global central banks take about 9-12 months to filter through the real economy, which means world trade will slow even more in the quarters ahead. The latest evidence of trouble ahead if a glut of containers at ports.