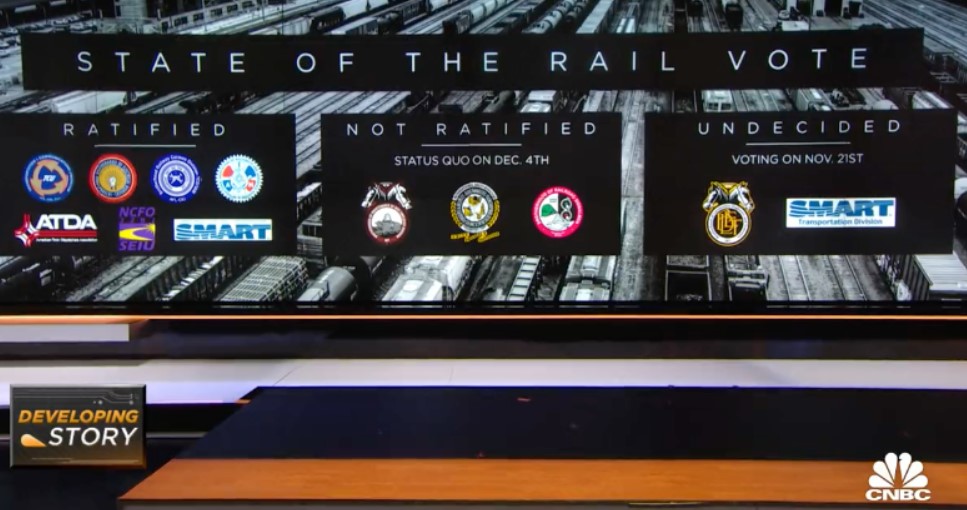 Remember in September when the country was on the brink of a nationwide rail strike that almost froze critical transportation networks?

A similar scenario could be nearing as workers of major freight rail companies have yet to settle on a new contract.

Twelve rail unions representing 115,000 workers must ratify a new contract to prevent an economically devastating strike by early December. If one union disagrees, all other unions must honor the labor action.

CNBC’s Lori Ann LaRocco said if the Transportation Division of the International Association of Sheet Metal, Air, Rail, and Transportation Workers (SMART-TD) and the Brotherhood of Locomotive Engineers and Trainmen (BLET), the two largest unions, “do not ratify the deal — they could start striking December 9th — following a mandatory cooling off period.”

Here’s more from LaRocco on the possibility of rail strikes next month. She said the first key date for investors to watch is a vote on Monday.

American consumers and manufacturers could be greatly impacted if there was a strike, and it would behoove members of Congress to step in if there’s an impending sign of labor action to prevent a new crisis.