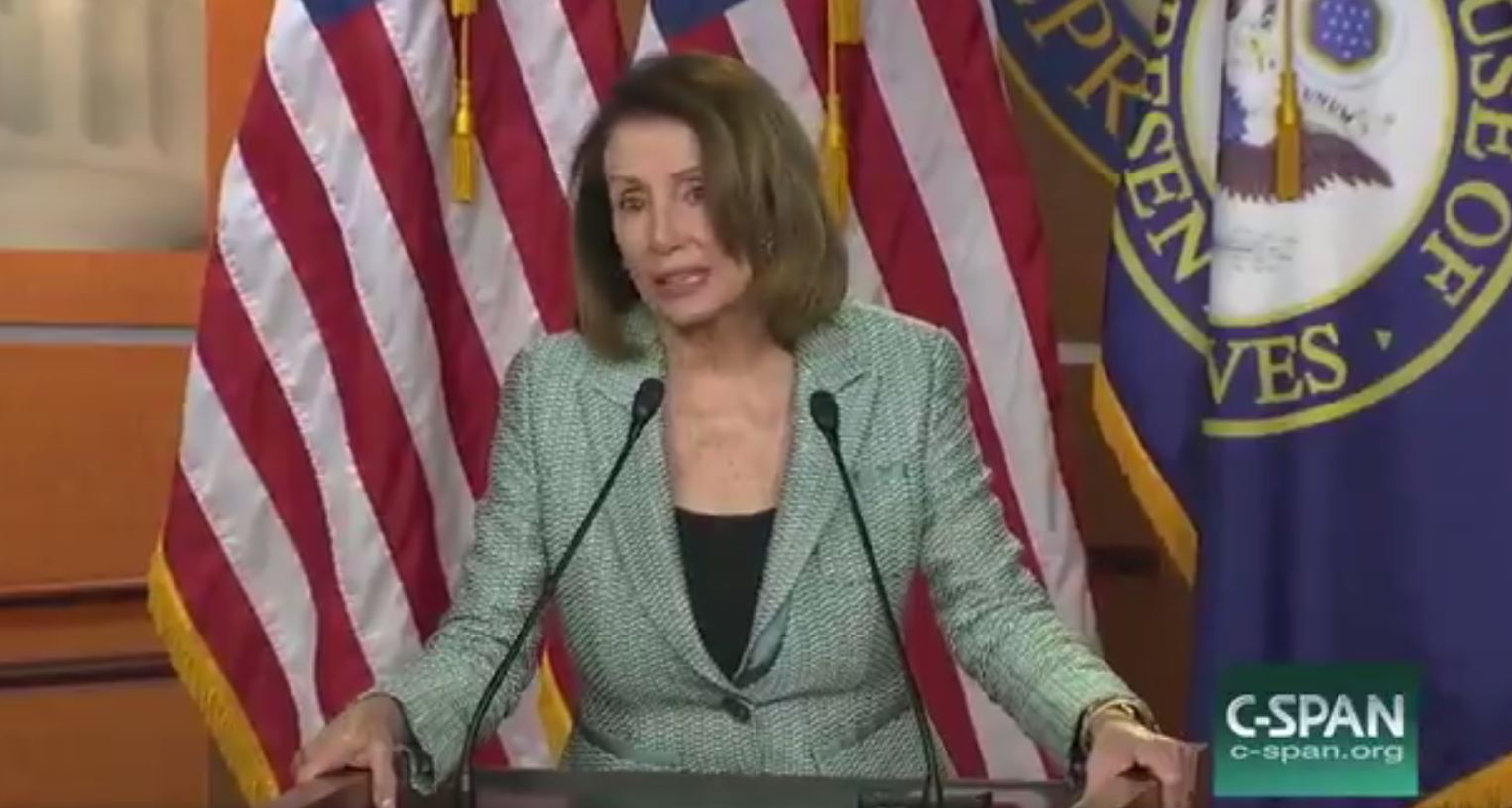 Nancy Pelosi might as well change her job description to “Speaker of Lies.” She revealed no concern for the Constitution at all when she said: “The weak response to these hearings has been, ‘Let the election decide.’ That dangerous position only adds to the urgency of our action, because POTUS is jeopardizing the integrity of the 2020 elections.”

So to review: Pelosi thinks that allowing people to vote for the President is a “dangerous position.” She even claimed that the “facts were uncontested.” She is delusional and is waging a war against the United States. President Trump has never “jeopardized” the integrity of the elections. She and her Democrat cronies have, however. Apparently she’s never actually read the Constitution, or wants to twist it to her own liking.

Pelosi issues rebuttal to GOP talking point in Dear Colleague letter: "The weak response to these hearings has been, 'Let the election decide.' That dangerous position only adds to the urgency of our action, because POTUS is jeopardizing the integrity of the 2020 elections." pic.twitter.com/L3RFdcSSHb

The Democrats, primarily Petulant Pelosi and Schiff-for-brains, are doing everything in their corrupt power to delete YOUR VOTES for Trump. Disenfranchising millions of Americans who voted for President Trump is going to release consequences that these idiots never imagined and likely don’t want.

The Democrats claimed that the Republicans were “fully represented” in the closed door impeachment hearings. Represented is far different from allowed to participate- which they were not. It’s why that group of Republicans crashed the party and camped out when Schiff-for-brains got mad and left the room. He’s still at it, by the way, interrupting witnesses from answering GOP questions.

Nunes: Did you discuss the July 25 call or July 26 call with anyone outside the White House?

Vindman: George Kent, and someone in the intelligence community I'm not going to name.

Schiff interrupts to "protect the whistleblower."

In one instance last week he gavelled a Congresswomen down so much that Devin Nunes stepped in to rebuke him. (We wrote about that here). Her questions totally smashed the Democrat’s witness.

And Pelosi has the stones to claim that “Let the election decide” is “dangerous.” No, Democrats are dangerous. And the more they are allowed to continue this charade, the more dangerous they become.