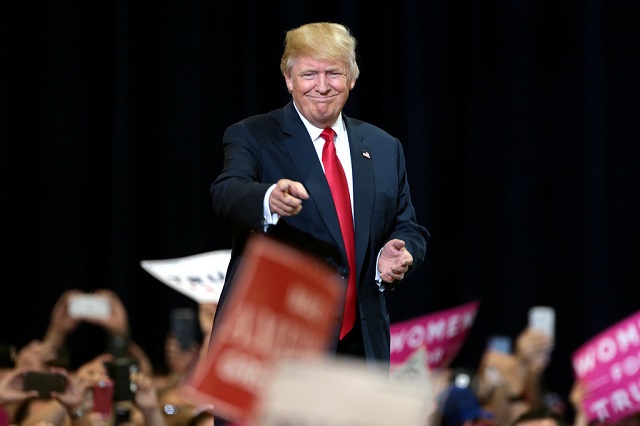 President Donald Trump on Saturday spoke out against social media companies “discriminating against Republican/Conservative voices” and said his administration will not tolerate this censorship.

“Social Media is totally discriminating against Republican/Conservative voices,” the President tweeted. “Speaking loudly and clearly for the Trump Administration, we won’t let that happen. They are closing down the opinions of many people on the RIGHT, while at the same time doing nothing to others.”

“Censorship is a very dangerous thing & absolutely impossible to police,” Trump said. “If you are weeding out Fake News, there is nothing so Fake as CNN & MSNBC, & yet I do not ask that their sick behavior be removed. I get used to it and watch with a grain of salt, or don’t watch at all.”

“Too many voices are being destroyed, some good & some bad, and that cannot be allowed to happen,” Trump said. “Who is making the choices, because I can already tell you that too many mistakes are being made. Let everybody participate, good & bad, and we will all just have to figure it out!”

We have the greatest president of all time.

He hit on nearly every single point all of us have been discussing for months now, especially since the organized Big Tech blockade launched against Alex Jones and Infowars.

He said it’s an act of discrimination and his administration “won’t let that happen.” He noted how they’re only censoring voices on the right while allowing fake news outlets like CNN and MSNBC to push fake news unimpeded. He also indirectly defended Alex Jones’s right to speak by saying the socials should “let everyone participate, good & bad.”

I think Trump heard about the deplatforming of Alex Jones and the censorship of other right-wingers and was simply letting some of the dust settle before speaking out generally against censorship, so as to avoid the issue being solely about Alex Jones (who the media lies about constantly and refuses to let defend himself).

Big Tech is going to freak out over this. Companies can be destroyed through regulations and discrimination suits, especially if they’re being hounded by the Department of Justice.

Google/YouTube, Facebook, Apple and Twitter are carrying out election interference on behalf of the Democrats on a level never before seen. This is actual, real, verifiable, criminal collusion.

God bless President Trump for speaking out against these tyrants.