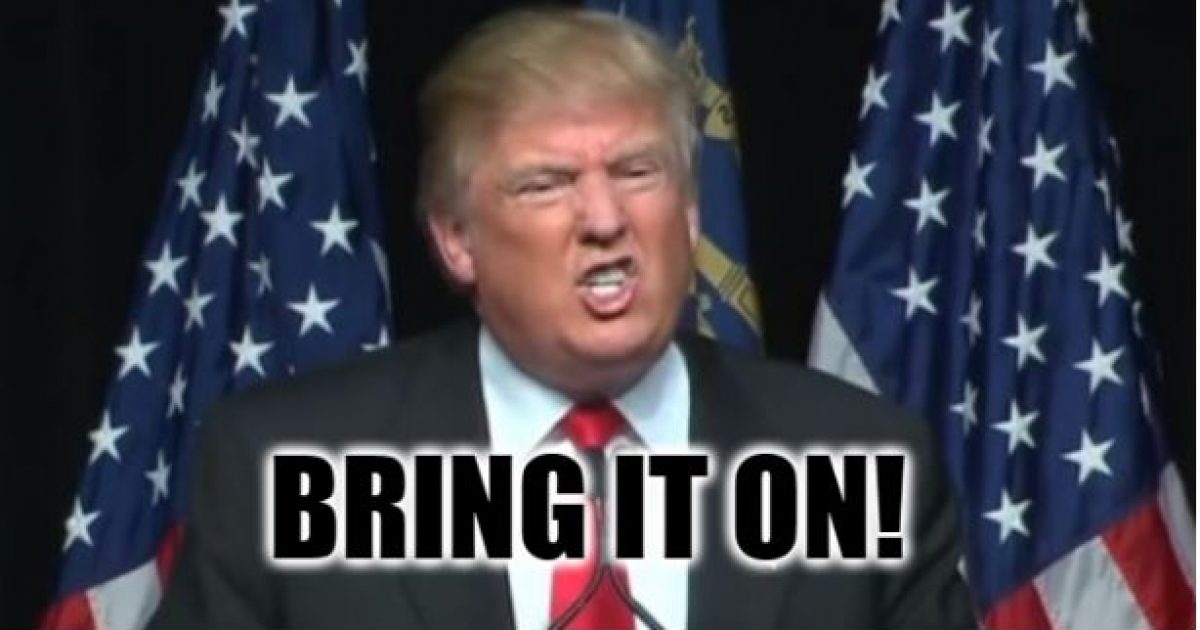 Opinion| Lawrence David| President Trump told the crew at Fox and Friends that he was looking forward to the Senate trial if the House votes to impeach. It’s unlikely that he’s blowing smoke.

The president is in possession of mountains of evidence that most Americans can’t even begin to imagine… don’t even want to imagine. But, even with the little that we know, we can tell you that what would come out in a Senate trial will be shocking.

On November 11th, 2016, three days after Donald Trump’s election we ran a column calling for a Nuremberg-style cleansing:

Some crimes are so heinous and damaging to humanity that we cannot dismiss them by labeling those crimes as mere policy differences.

After World War II, the crimes of the Third Reich were so egregious and caused so much pain that the world was allowed to watch as one by one the perpetrators were brought to justice through trials held in Nuremberg in what amounted to a public cleansing.

We need the same cleansing today.

Our nation’s $23 Trillion debt, stolen from our children’s future, stands as prima facie evidence. What did we – the American taxpayer – get in return?

…‘in order for democrats, liberals, progressives et al to continue their illogical belief systems they have to pretend not to know a lot of things’ – David Mamet

Let the Senate trial, with the eyes of the nation watching, expose all this.

Despite denigrating reports that President Trump had run for office to enhance his resume and to feed his ego, those closest to him know he disrupted his life out of a sense of patriotism.

Unfortunately, we are now on seem to be the verge of a ‘hot’ civil war – the nation may already be irreparably divided – because the Washington establishment, and the financial and corporate media that fund it will not surrender their illicit and immoral financial construct. We pray that this does not come to pass, but we can ignore the prospect of this scenario no longer, while still being honest with ourselves.

Democrats have taken us down this road before. In the mid 1800’s Americans finally rose up and rejected the idea of one human being owning another. Those slave owners were largely Democrats.

As we are witnessing today, when they saw the illicit and immoral financial construct that slavery supported being challenged, they began the first American Civil War.

It is impossible to reconcile the level of societal and economic harm Democrat policies have wrought over the past 100 years.

At the same time we should not forgive the Republicans who promised to fight against those societal and economic harms only to “compromise” away our money and our morals once they were elected.

“Extremism in the defense of liberty is no vice. And let me remind you also that moderation in the pursuit of justice is no virtue.” —Barry Goldwater, 1964

Income disparity exploded while the American taxpayer endured the burden of the crony capitalist beneficiaries of big government that has resulted.

Trump supporters understand this dynamic all too well. They, and their families, have been the victims of it… and with $23T in debt, our children will continue to be the victims either through unnecessarily higher taxes and/or the loss of opportunity.

Many friends ask me what they can do to help President Trump. They’ve been cowed by threats of their business being boycotted, or being the victims of property damage, or physical harm if they publicly show their support for President Trump.

Those reasons, while understandable are unacceptable.

We need to mobilize into groups with others. You will soon find out that there are large numbers of Trump supporters everywhere. Build those networks and PEACEFULLY take it to the streets.

Build a second Tea Party movement. Only do not let Republican leadership co-opt them this time around.

Large scale public rallies will undermine the corporate media-created perception that Antifa is representative of widespread American discontent. They’re not.

When 100 Antifa protesters show up, a thousand patriots should show up to counter the optics. Always, always avoid conflict. Use camera phones to record what happens so the narrative cannot be co-opted by the cut and splice corporate media.

When Antifa engages Trump rally goers as they exit an arena, the contrast between the two becomes immediately clear. Don’t let George Soros paid disruptors own the narrative. Build your organizations and be prepared to march – peacefully – as a show of solidarity.

Politicians fear this. It forces them to choose.

If the American people ever find out what they have done to them they would chase them down in the streets and lynch them.

Be willing to march peacefully. There is safety in numbers. We should learn from Martin Luther King that great things can be accomplished peacefully.

Call your congressman and you senators. Flood their switchboards. In 2007, Americans literally shut down the Senate switchboard prior to a vote on granting amnesty to illegal aliens. The motion failed.

Encourage everyone in your organization to call.

Be visible. Your organization should be prepared to show its support anywhere and everywhere.

You cannot sit at home in a cocoon and expect others to carry your water. No one is asking you to recreate Gettysburg. We only ask you to organize to show your support so you, or your children, won’t have to.

And, if you choose to contribute money, only contribute directly to President Trump and Senators and Representatives who have proven themselves loyal to our cause. Money sent to the RNC or RNCC will wind up in the hands of establishment politicians.

Find out who your Representative is and contact him or her.