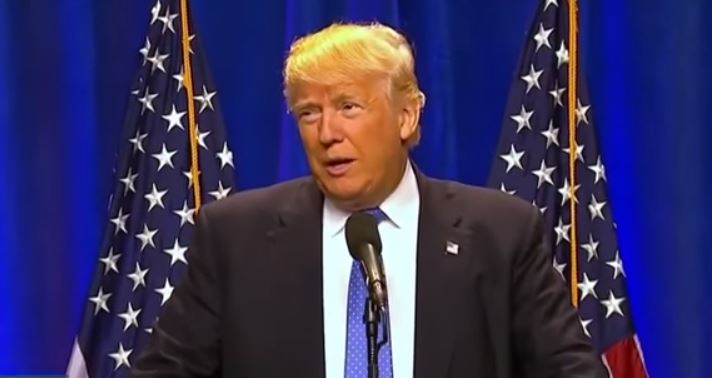 President Trump said Sunday that the Department of Education is examining the use of the New York Times Magazine’s 1619 Project in schools, and warned that institutions that teach this alternative narrative of American history could lose federal funding, Fox News reports.

The project is based on the premise that American history began in 1619 — cited as the date African slaves arrived in Virginia — and that everything following this should be viewed through that lens. The Pulitzer Center released a school curriculum based on the project, and Trump responded to a tweet stating that California would be using it.

The democrats control the education curriculum in our nation and they threatened last month to implement a new Black Lives Matter in history books as well.

President Trump made his stance on very clear- “Department of Education is looking at this. If so, they will not be funded!”

Fox went on to report that the project, created by Nikole Hannah-Jones, was awarded the 2020 Pulitzer Prize for Commentary. However, multiple historians have criticized the series of articles for multiple inaccuracies, including the argument that the American Revolution was fought not to achieve independence from Britain, but to preserve the institution of slavery.

In a statement, Sen. Tom Cotton called the project “a racially divisive, revisionist account of history that denies the noble principles of freedom and equality on which our nation was founded.”

Some colleges and schools have allegedly already quietly been teaching a new history withe the Black Lives Matter at its core.