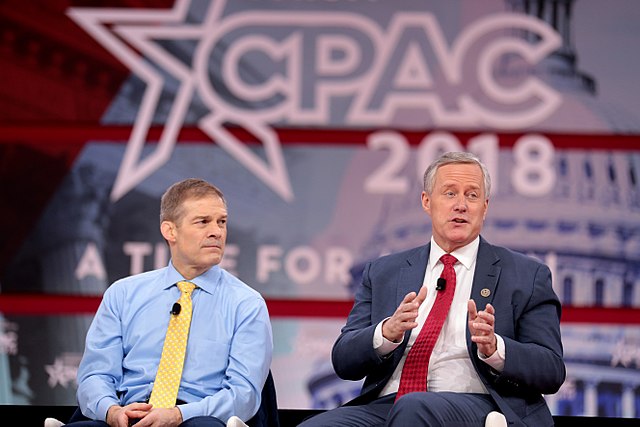 Twitter is “shadow banning” elected Republican Party representatives and spokespersons on top of tons of prominent right-wing voices, but no prominent Democrats are being similarly censored according to a new report from VICE.

Twitter is limiting the visibility of prominent Republicans in search results — a technique known as “shadow banning” — in what it says is a side effect of its attempts to improve the quality of discourse on the platform.

The Republican Party chair Ronna McDaniel, several conservative Republican congressmen, and Donald Trump Jr.’s spokesman no longer appear in the auto-populated drop-down search box on Twitter, VICE News has learned. It’s a shift that diminishes their reach on the platform — and it’s the same one being deployed against prominent racists to limit their visibility. The profiles continue to appear when conducting a full search, but not in the more convenient and visible drop-down bar. (The accounts appear to also populate if you already follow the person.) Democrats are not being “shadow banned” in the same way, according to a VICE News review. McDaniel’s counterpart, Democratic Party chair Tom Perez, and liberal members of Congress — including Reps. Maxine Waters, Joe Kennedy III, Keith Ellison, and Mark Pocan — all continue to appear in drop-down search results. Not a single member of the 78-person Progressive Caucus faces the same situation in Twitter’s search.

“The notion that social media companies would suppress certain political points of view should concern every American,” McDaniel told VICE News in a statement. “Twitter owes the public answers to what’s really going on.” Presented with screenshots of the searches, a Twitter spokesperson told VICE News: “We are aware that some accounts are not automatically populating in our search box and shipping a change to address this.” Asked why only conservative Republicans appear to be affected and not liberal Democrats, the spokesperson wrote: “I’d emphasize that our technology is based on account *behavior* not the content of Tweets.”

[…]Type in the names of McDaniel, conservative members of Congress like Reps. Mark Meadows, Jim Jordan, and Matt Gaetz, and Trump Jr.’s spokesman Andrew Surabian, for example, and Twitter’s drop-down search bar does not show their profiles. The search menu also does not display the verified profile of Rep. Devin Nunes of California, only his unverified one that he seldom uses to post. That limits their visibility and the ease of finding their profiles compared to their liberal counterparts.