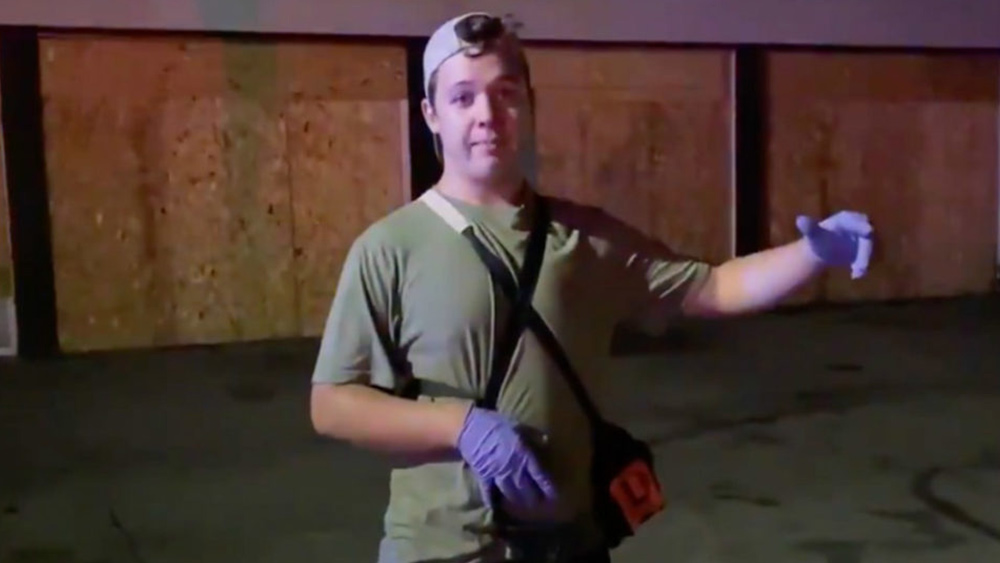 (Natural News) Prosecutors in Kenosha, Wis., likely thought they had an open-and-shut case of murder and attempted murder against Kyle Rittenhouse, the then-17-year-old teen who shot and killed two rioters while wounding a third in August 2020 as parts of the city burned following the shooting of an unarmed black man by police.

But on Monday their dreams of getting a quick and easy conviction fell apart thanks to one of their ‘star’ witnesses, who admitted that he was pointing his own gun at Rittenhouse just an instant before the teen defended himself with his AR-15 rifle.

“It wasn’t until you pointed your gun at him, advanced on him, with your gun – now your hand’s down, pointed at him – that he fired, right?” defense lawyer Corey Chirafisi asked witness Gaige Grosskreutz. To which he replied: “Correct.”

“The answer sparked an immediate sensation on Twitter, as defenders of Rittenhouse declared that the trial was effectively over, and that Rittenhouse’s case for reasonable self-defense had now been confirmed — by a hostile witness that had been shot by Rittenhouse,” BizPac Review reported.

“Grosskreutz is one of three men shot by Rittenhouse in the fateful and fatal shooting during the night of August 25th, 2020, in Kenosha Wisconsin. The other two men, Joseph Rosenbaum, 36, and Anthony Huber, 26, were killed in the incident, while Grosskreutz, 27, received an injury that tore away much of his right bicep,” the outlet noted further, adding that for much of the trial thus far, prosecutors have attempted to paint Rittenhouse as an aggressor who was simply looking for people to shoot that night.

In fact, viral video posted online the night of the shootings clearly show that he was being attacked by them.

There is another bit of evidence that the defense has introduced as well: Video of Rittenhouse, who was an aspiring police officer, explaining that he was in Kenosha to help protect property and assist those in need as BLM-inspired riots ripped apart the usually serene, picturesque city of about 100,000 (and by the way, the police shooting of black man Jacob Blake was justified: he was going for a knife in his vehicle).

“People are getting injured, and our job is to protect this business, and part of my job is also to help people. If there’s somebody hurt, I’m running into harm’s way. That’s why I have my rifle, because I need to protect myself, obviously. But I also have my med kit,” Rittenhouse said in footage that was recorded before the incident.

Notes BizPac Review: “With Grosskreutz confirming he had advanced on Rittenhouse before Rittenhouse open fire, this potentially blows open the entire case against him, by allowing the defense to pin each shooting as being in response to provocative and violent actions that would place Rittenhouse in reasonable fear for his safety.”

There is still a lot for the jury to consider, and let’s face it, two people are dead and another was horrifically wounded. But at what point did those who perished have a responsibility not to riot? Not to attack another individual? Not be on the streets themselves, in Grosskreutz’s case, armed with a gun as well?

And of course, the big question for jurors will be to decide if Rittenhouse’s claim of self-defense is valid — if, under state law, he legitimately felt as though his life was in danger at all times and had to resort to deadly force in order to defend himself.

Hopefully, when deciding that, the jurors will put themselves in Kyle’s frightening position; if they do, they will acquit him.